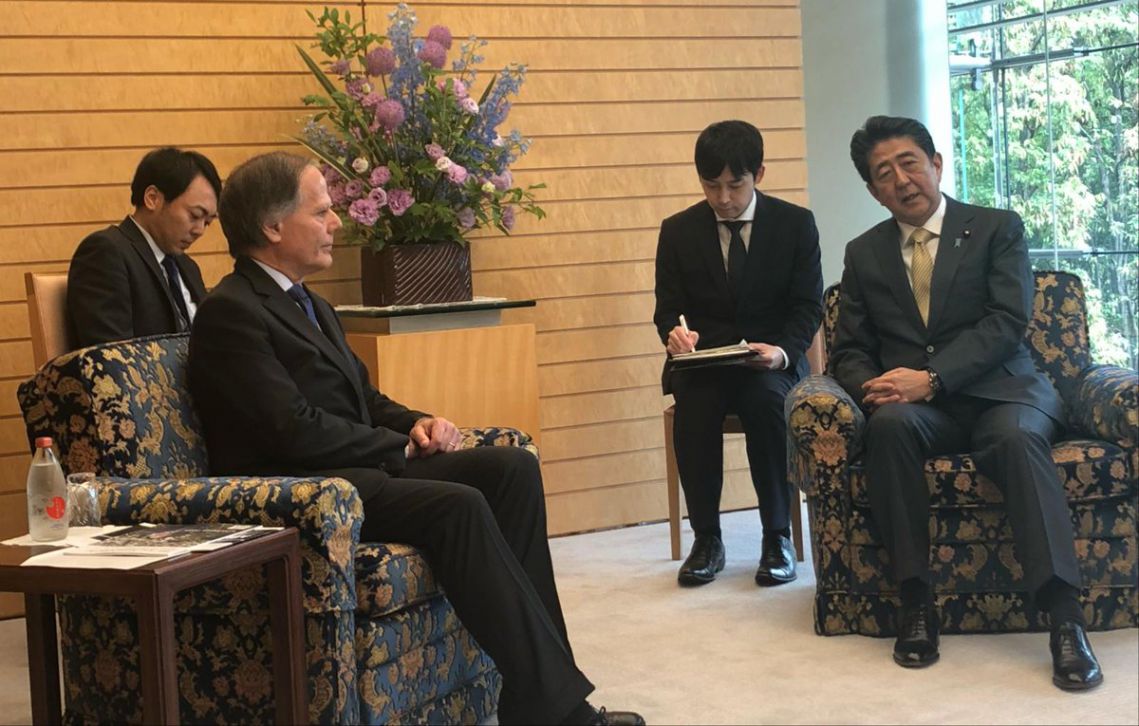 The Minister of Foreign Affairs and International Cooperation, Enzo Moavero Milanesi, had a meeting today in Tokyo with the Japanese Prime Minister, Shinzo Abe. It was an opportunity to reaffirm the numerous synergies between Italy and Japan in foreign policy scenarios. Indeed, as Minister Moavero pointed out, "Italy and Japan are firmly united by the founding tenets of being committed to peace, to the protection of fundamental rights, to economic freedoms and to being rigorous in respecting the principles governing international relations". There are, therefore, synergies that the two Countries can seize by coordinating systematically within multilateral bodies such as the UN, the G7 and the G20 (of which Japan has the Presidency this year). During the meetings, the Ministers discussed the desirability of increasing investments and of promoting joint initiatives in favor of an integrated and inclusive maritime connectivity between East Asia and Mediterranean Europe, with specific attention to the FOIP (“Free and Open Indo-Pacific" Strategy) launched by Prime Minister Abe and to the entry into force, last February 1, of the Economic Partnership Agreement between the European Union and Japan.

Also today, Minister Moavero met with the President of the Italy-Japan Parliamentary Friendship Association, and member of the Japanese Diet, Akira Amari, and agreed on the need for more intense cultural exchanges and a more efficient cooperation between the respective Legislative Chambers. Minister Moavero also expressed the concerns of the Italian government for fairness in protecting the rights of Italian parents when there is contention over minors following separation or divorce; President Amari confirmed his commitment to follow up on this matter promptly in Parliament.