UNGA. Alfano attends the meeting of the Coalition to Counter ISIL: “Italy renews its contribution to the Coalition and its political support to the Iraqi Government”

The Minister of Foreign Affairs and International Cooperation, Angelino Alfano, today attended the ministerial meeting of the Coalition to Counter ISIL, held on the sidelines of the United Nations General Assembly.

On the fringes of the meeting, Minister Alfano stated: “The self-acclaimed Caliphate is done for; the Coalition has been very successful both in Iraq and in Syria. The military campaign is not over yet but it is fundamental to start focusing on the post-Daesh phase to assure the stabilisation of the liberated areas as well as political conditions capable of preventing the return of ISIL.” He went on: “Furthermore, within the Coalition, Italy is committed to act strongly and concertedly with its partners to prevent the risk of the so-called ‘foreign fighters’ returning to Europe. Attention on this issue is utmost at the moment, as the victory on the ground is drawing extremely near.”

“Italy is in the forefront in contributing to the Coalition’s efforts, especially with reference to the training of Iraqi troops. We renew our commitment to boost our training activities for the Iraqi police, further coordinating international efforts in this sector, as it is destined to become a strategic priority in ensuring security, public order and the rule of law in the areas liberated from Daesh,” added the Italian foreign minister.

He concluded: “We thank the Iraqi Government, to which the Coalition has renewed its political support, and the Iraqi people, which have borne great sacrifices to liberate the territory on which they live.” Minister Alfano also expressed his appreciation for the role played by the United Nations in tackling the challenge of liberating Iraq. He said: “The cooperation between UN, the Coalition and the Baghdad Authorities in Iraq should become a model for the future.” 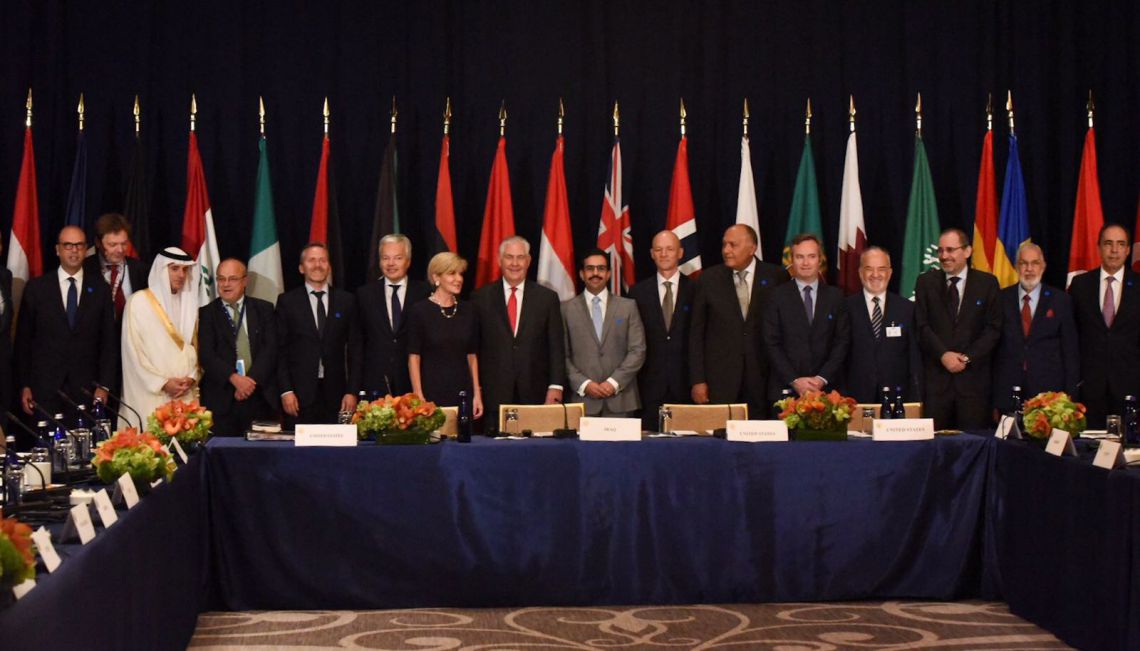 UNGA. Alfano attends the meeting of the Coalition to Counter ISIL: “Italy renews its contribution to the Coalition and its political support to the Iraqi Government”
25477
Valuta questo sito