“Somalia has made significant progress, and is going in the right direction. The country is engaged in defining a State-building process and is facing up to issues that hinder stability: from fighting militant groups, Al Shabaab and Daesh, to economic development and climate change. Mogadishu knows that it can count on Italian aid and support” said the Minister for Foreign Affairs and International Cooperation, Angelino Alfano, who met the Prime Minister of Somalia, Hassan Ali Khayre, on the fringes of the high level meeting on Somalia held today in New York, with the presence of Antonio Guterres, Secretary-General of the United Nations and the High Representative of the European Union for Foreign Affairs and Security Policy, Federica Mogherini.

The meeting, co-chaired by Minister Alfano, the Somalian Prime Minister and the Ethiopian Deputy Foreign Minister, was a follow-up on similar Somalia-related initiatives promoted and organised by Italy in the past.

“A dual approach will have to be taken to achieve stability and development in Somalia,” stated Minister Alfano. “On the one hand, we must support the normalisation of relations between Somalia and International Financial Organisations in the prospect of its debt cancellation and of giving the country access to international credit; on the other hand, we must provide assistance to the Mogadishu government in the infrastructure sector to boost internal growth”. “Through development cooperation - he added - we have transferred 15.5 million euros to Somalia in 2016 alone, and have recently pledged another 22”. “Our objective in providing this contribution - continued the Minister - is to strengthen Somalian institutions, improve living conditions through projects in the area of health, food and higher education, and create new employment opportunities”. 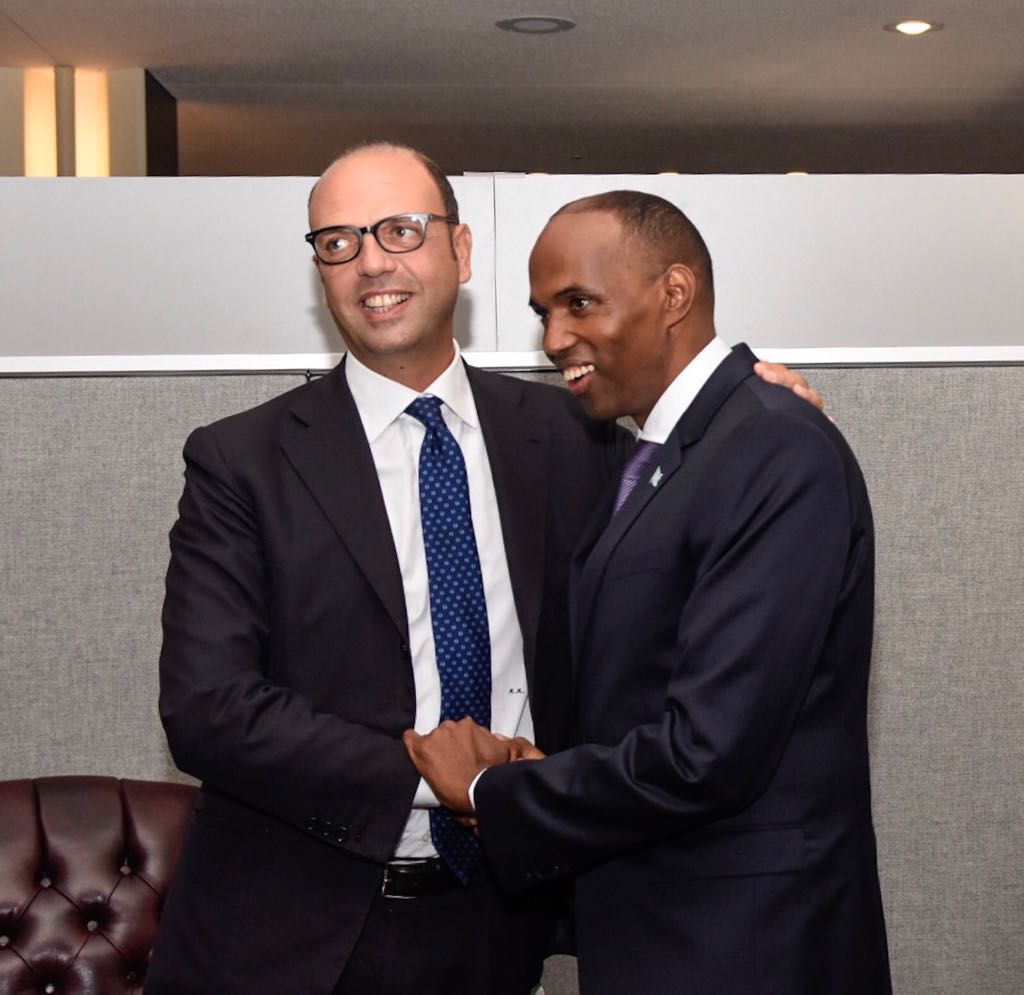