The Deputy Minister of Foreign Affairs and International Cooperation, Emanuela Del Re, had a busy schedule during her visit to Niger. She met with the country's highest authorities to discuss several issues including cooperation, migration, regional security and the Libyan crisis. Del Re had meetings with President Issoufou, Prime Minister Rafini, the Minister of Foreign Affairs, Interior, National Education and the Minister of Planning.
"I stressed to President Issoufou that Niger is a priority country for Italy. We are working to deepen our bilateral partnership in all areas, including security, migration management and development cooperation" - the Deputy Minister stated.
During her meeting with the Minister of Emergency, Magagi Laouan, the Deputy Minister delivered first aid supplies and humanitarian aid donated by the Italian government for the population that was involved in the recent clashes in Diffa, in the South of the country.
The Deputy Minister also traveled to Agadez, a fundamental transit location for migration flows to Northern Niger, where she was received by local authorities and the European EUCAP - SAHEL mission, which supports Nigerian efforts in the fight against terrorism and organized crime. Del Re visited the IOM migrant shelter (International Organization for Migration), which is funded by Italy through the Africa Fund. The Deputy Minister announced that, following the publication of the 2019 plan for the Africa Fund, an additional €3 million had been approved for IOM activities aimed at improving the management of migration flows and the fight against human trafficking on Niger's border with Nigeria and Algeria, through the provision of equipment and a border management information system. In Agadez, the Deputy Minister also visited the Italian NGO CISP, which works for the economic integration of migrants, also through house restoration projects in line with traditional architecture.
In Niamey, the Deputy Minister visited the Italian troops of the MISIN contingent. "I met Commander Maggi and his entire staff: Italy is proud of them and of the remarkable work they are doing, which is greatly appreciated by the Nigerian government and the local population" -  the Deputy Minister stated.
Finally, the Deputy Minister visited a school in Boukoki which is funded by the Italian Red Cross and the refugee shelter of the UN High Commissioner for Refugees (UNHCR), which is also being funded by Italy with resources from the Africa Fund. 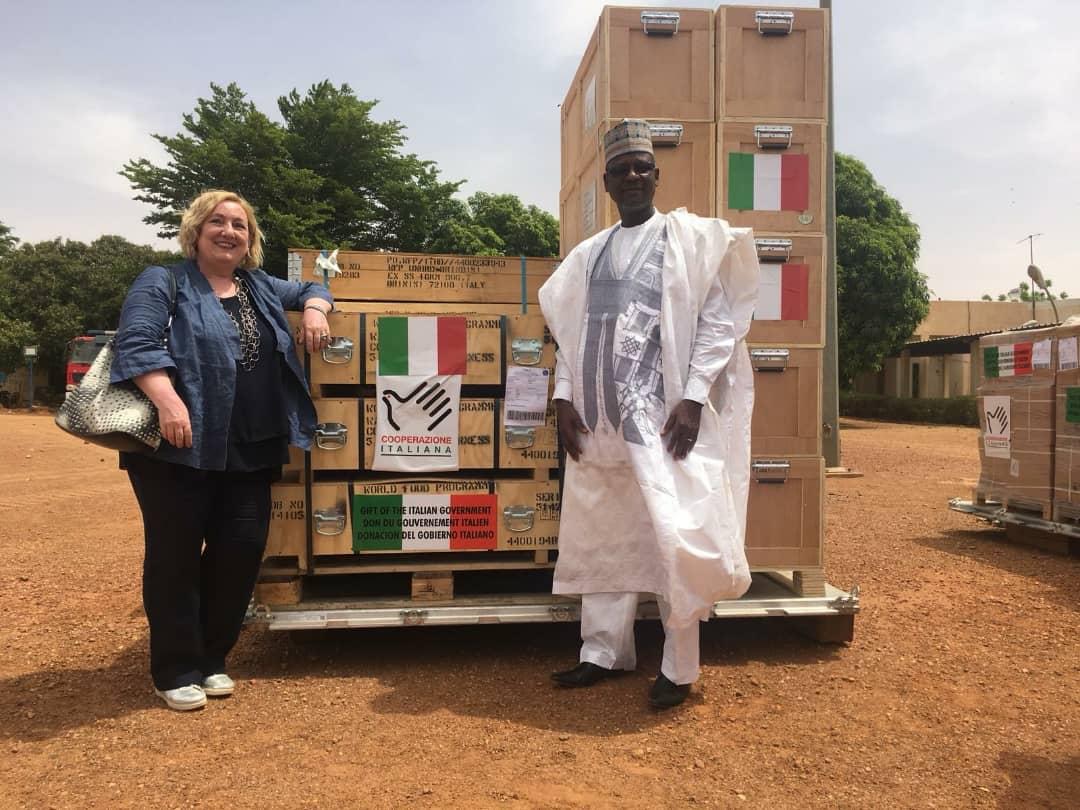