Seventy years of diplomatic relations between Italy and India. Diplomatic relations between Italy and India were celebrated today at a meeting at the Presidency of the Council of Ministers. Some of the greatest experts in the area attended, with the Italian Ambassador to India, Lorenzo Angeloni, and the Indian Ambassador to Italy, Reenat Sandhu. Closing remarks were made by the honourable Sandro Gozi, Undersecretary of European Affairs and President of the Italy-India Association.

The event follows the official visit to India by Prime Minister, Paolo Gentiloni, in October, on the invitation of Prime Minister Narendra Modi. It reopened a vital new stage in relations between the two countries whose peoples are linked by traditional ties of friendship and empathy. This is borne out in a book that recounts 70 years of Italian-Indian experiences called "Qualcosa è accaduto / There’s Something in the Air - 70 storie di vita tra Italia e India", edited by Lorenzo Angeloni, ambassador, and Maria Elettra Verrone, first secretary for innovation and internationalisation at the Italian embassy in India. 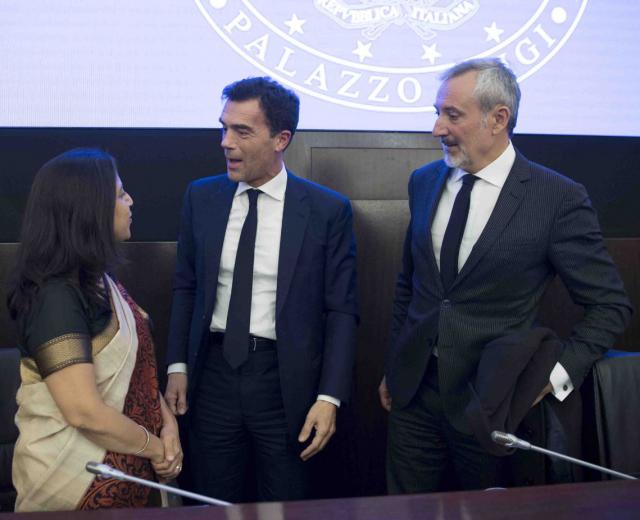