Food is the expression of the cultural identity of peoples and nations and a key element for sustainable development and social cohesion. For the first time, and thanks to Italy, food is the featured element of a UNESCO initiative that involves 195 Countries that are part of the Organisation. As the perfect continuation of 2015 Expo Milan (“Feeding the Planet: Energy for Life”) and taking place within the 2018 Year of Italian Food, the Italian Delegation at UNESCO has organised a day around food that is taking place on Thursday 24 May in Paris. The event was organised jointly with the Ministry of Foreign Affairs and International Organization, the UNESCO Chair on Right to Food at Università Statale of Milan, and the two UNESCO Creative Cities for Gastronomy, Parma and Alba.

The event will see the participation of influential Italians and foreigners, representatives of Universities, specialised journalists, chefs known for their commitment to cultural and sustainable development issues, and experts from different Countries (France, Saudi Arabia, Japan, Belgium, Lithuania, Azerbaijan) who, besides Italy, will be presenting some of their food traditions. This day will underscore the link between food, culinary arts, landscapes, territories, cultural heritage and the identities of the peoples they represent. Italian food, wine, gastronomic culture and tradition once again will play a key role in a sector that is calling for sustainable development and biodiversity at international level, especially with less developed Countries, in accordance with the Sustainable Development Goals of the UN 2030 Agenda.

The Secretary General of the Farnesina said: “I am very satisfied that, for the first time, Italy has spurred a reflection on these issues within the UNESCO framework, where we have been spearheading the protection of tangible and intangible heritage. It is a wide-ranging activity. Italy has promoted its internationally renowned experience in the preservation of monuments and the recovery and restoration of cultural assets in conflict scenarios by creating the so-called 'Blue Helmets for Culture' that have been implemented at international level. We have also worked to promote Italian best practices in the food and wine sector, which represent a fundamental part of the Italian economy with 40 billion euros' worth of exports. We have protected our food traditions: from the making of typical Neapolitan pizza to the Mediterranean diet, from the cultivation of vines with the 'Sapling' technique to the wines of the Langhe - these are just to name a few. Moreover, Italy is committed this year to listing the 'The Hills of Prosecco in Conegliano and Valdobbiadene' as a UNESCO World Heritage Site.”

The Secretary General went on: “This event was created thanks to the fundamental help of the excellence of our Country (the UNESCO Chair at Università Statale of Milan and the Milan Centre for Food Law and Policy, the Creative Cities, the University of Gastronomic Science of Pollenzo, the University of Naples, the Conegliano School of Oenology, Slow Food Italy, and Univerde Foundation). In addition, an initiative in such a prestigious venue reaffirms Italian leadership not only in the culture of food and nutrition, but also at a more general level, the preservation of cultural identity as a key element for promoting dialogue and peacebuilding. 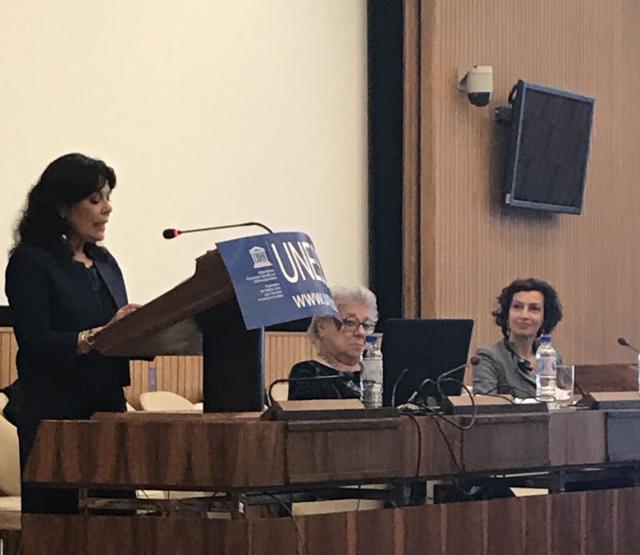 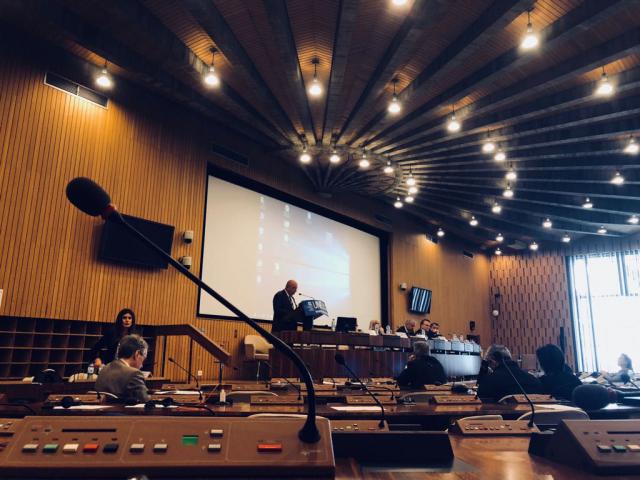