​Young diplomats take their oath of office before Minister Moavero 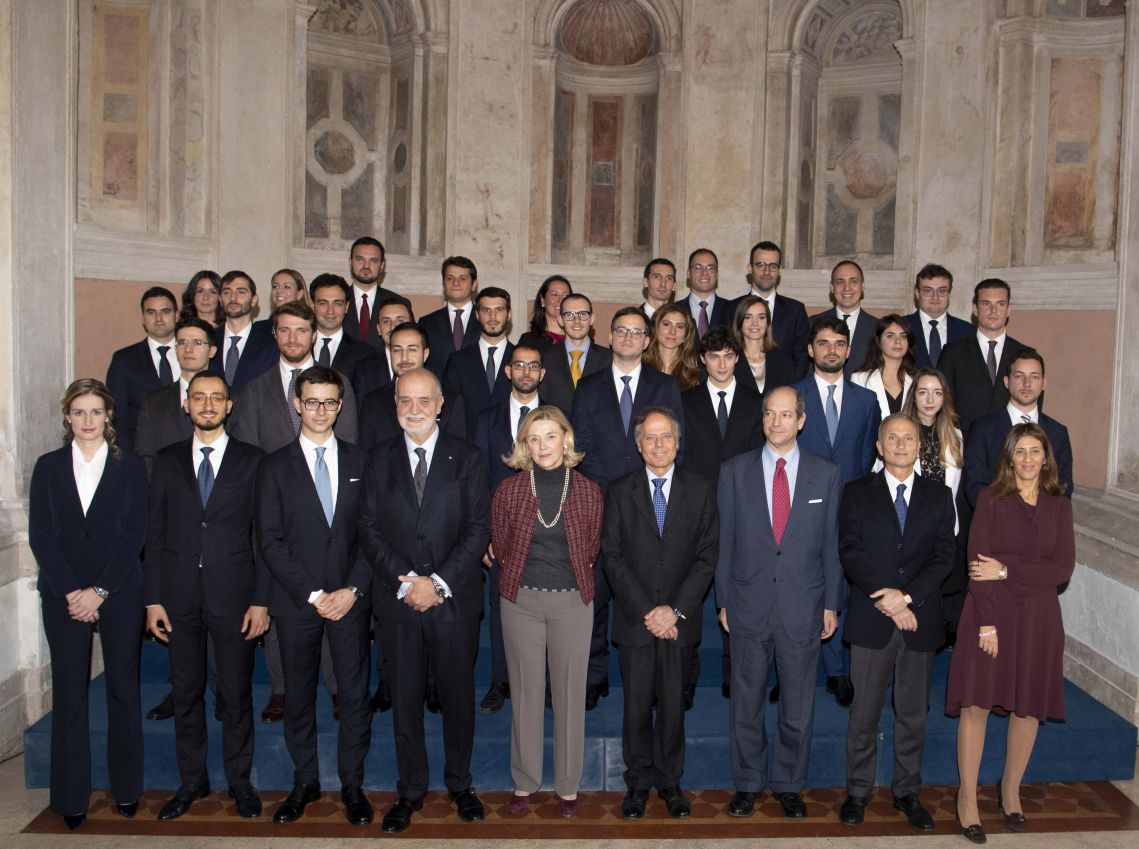 “I swear to be loyal to the Republic, to faithfully respect the Constitution and the laws of the State, and to fulfil the duties of my Office in the interest of the Administration and for the public good”: these were the words uttered today at Villa Madama by the 32 young diplomats attending the course named after Carlo de Ferrariis Salzano who finished their professional training and took their oath of office before the Minister of Foreign Affairs and International Cooperation,  Enzo Moavero Milanesi.

Minister Moavero exhorted the junior officials to always keep high their sense of State, working in the interest and at the service of the citizens.

Having successfully ended their probation period, the 32 young diplomats are now ready to take full charge of their assignments in the offices of the Foreign Ministry and in Italy’s diplomatic and consular missions abroad. Two of them will be headed to Afghanistan and the Philippines in the next few weeks.

The course composition is in line with that of previous years: women represent 25% of the trainees and the average age at the beginning of the course was of 28 years, with a range from 24 (including the course leader) to 34 years of age. 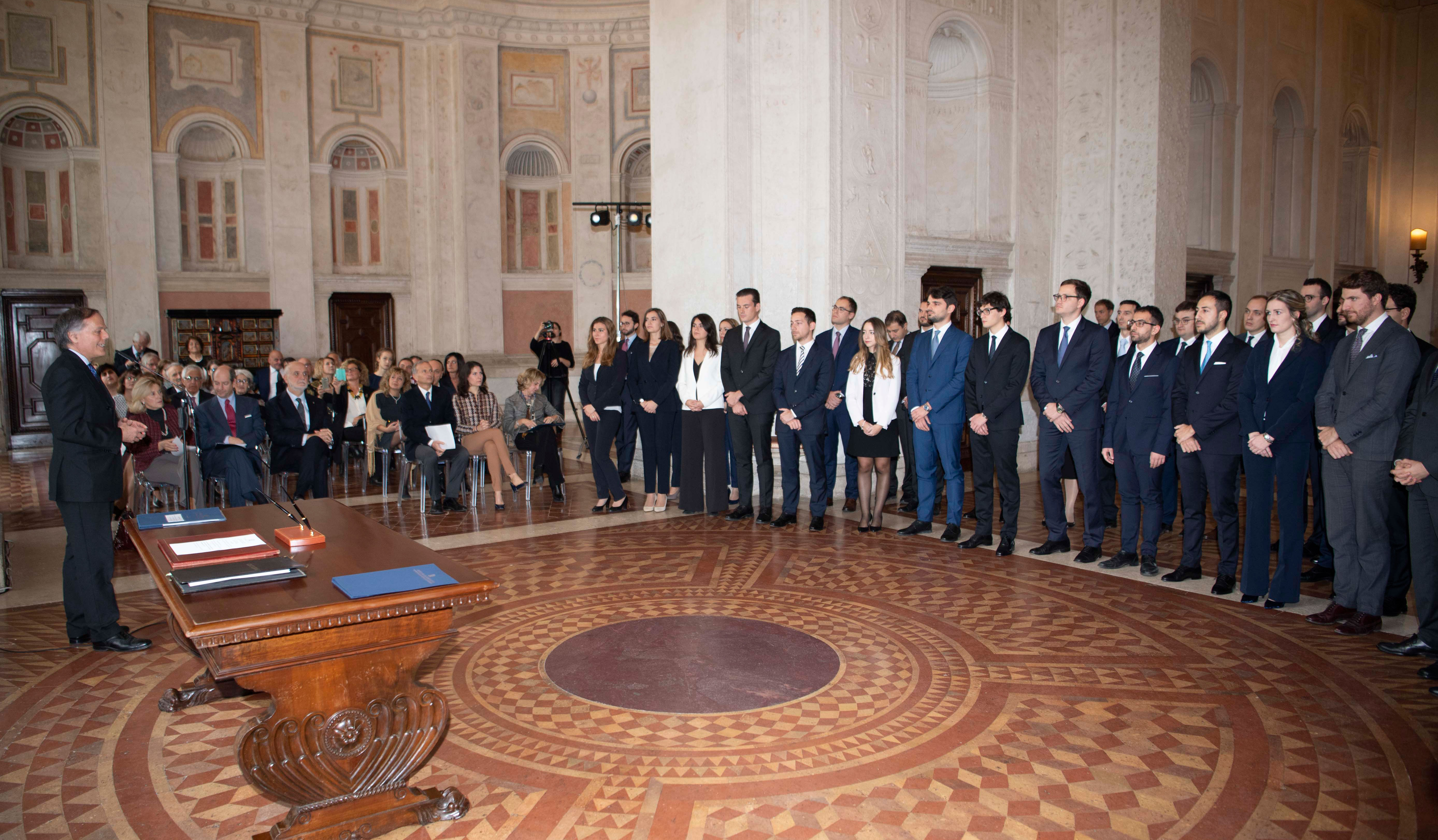 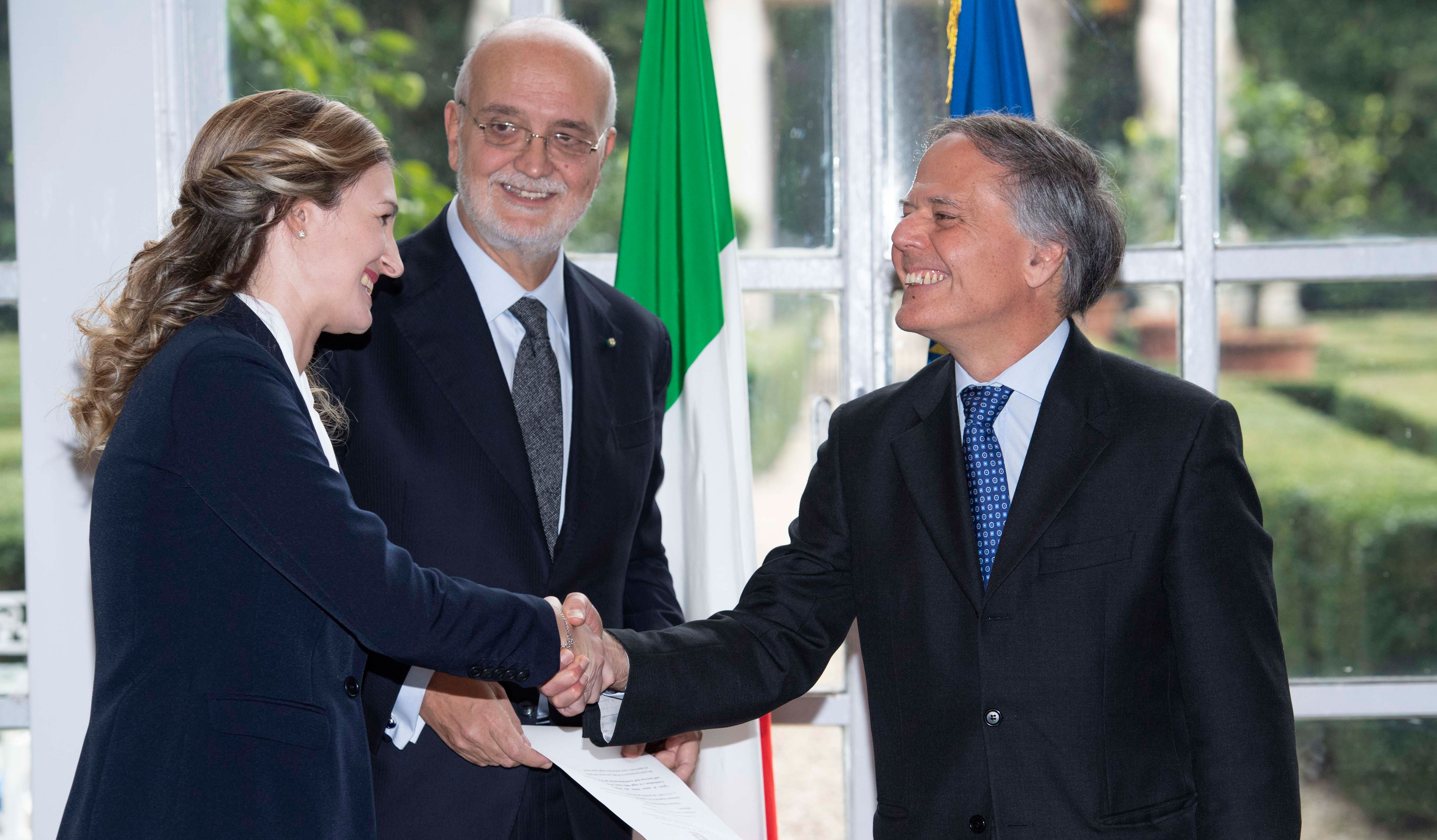 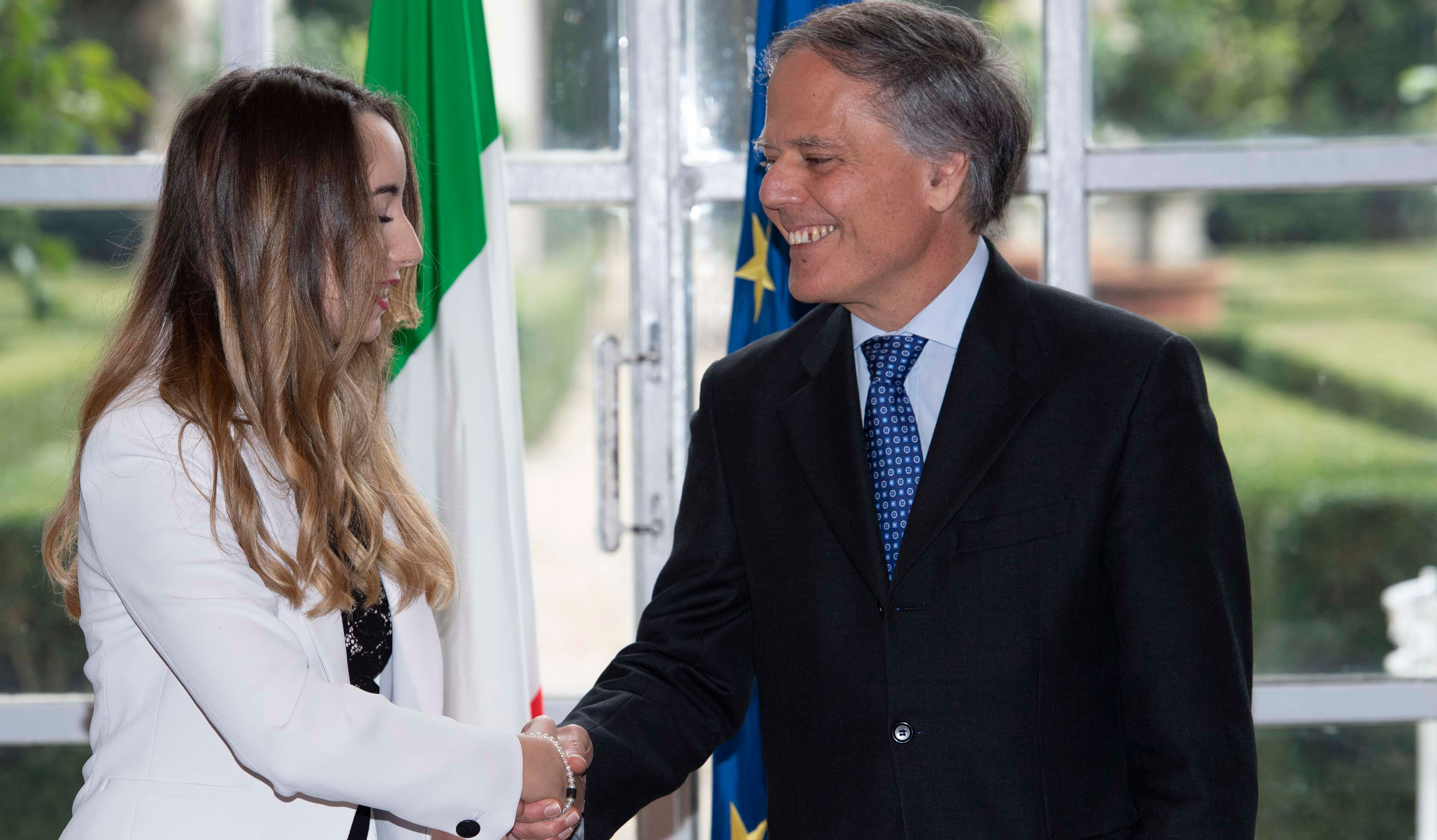 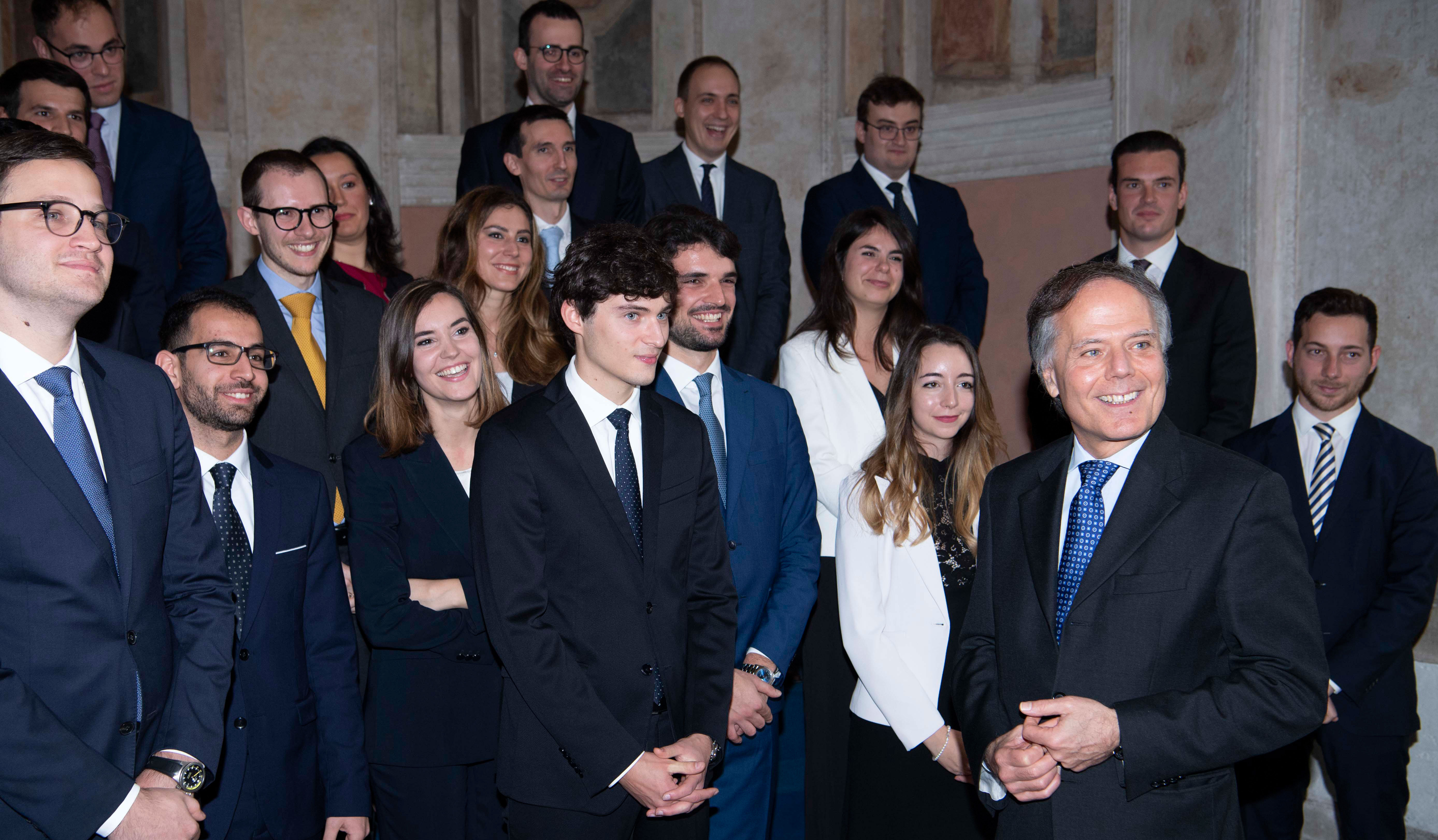 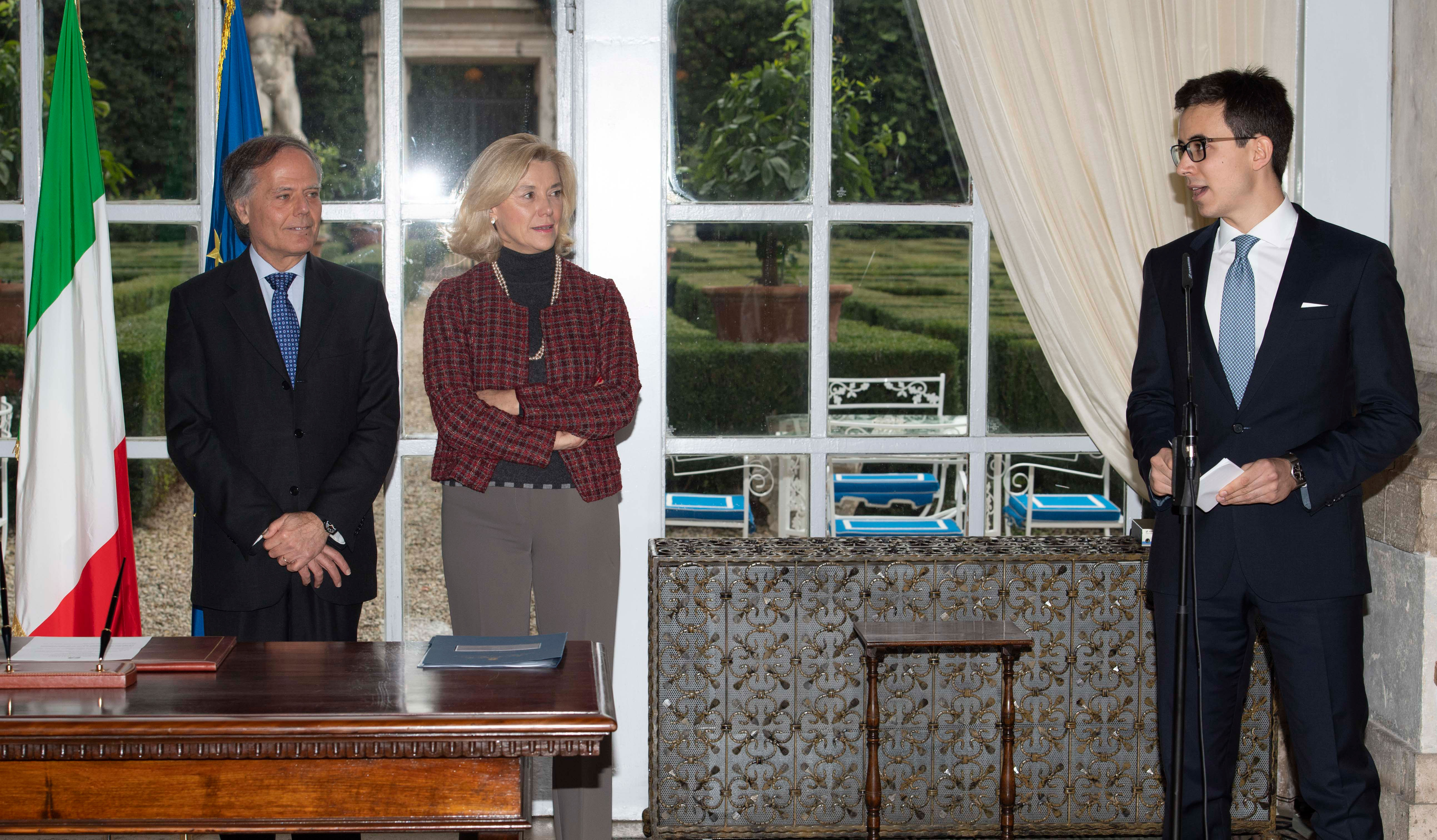 Carlo de Ferrariis Salzano was an Italian diplomat with a particular significant history. In 1943, de Ferrariis was number two at the Italian Legation in Budapest headed by Filippo Anfuso (a personal friend and Chief of Staff of Galeazzo Ciano when he was Foreign Minister). After the 8 September Armistice and the liberation of Mussolini from his Gran Sasso prison, Anfuso decided to join the Republic of Salò while de Ferrariis stayed at the head of the officials who had remained loyal to the King and to the legitimate government of Italy.

During those days, the Royal Legation defended Italy’s interests with great determination. In particular, it succeeded to protect hundreds of Italian troops blocked in Hungary or who had in some way escaped being deported to Germany, obtaining that they be granted political asylum or avoiding that they be sent to Nazi concentration camps.

However, with the Nazi invasion of Hungary, Carlo de Ferrariss was deported to a concentration camp in Austria (Stalag XVII), and subsequently to Brescia and lastly to Cesano Boscone, from where he managed to escape to Italy once it was liberated. While crossing the Apennines, a colleague of his from Budapest, the 28-year-old Secretary of Legation, Attilio Perrone Capano, died in a snowstorm that took them by surprise.