Italian scholarship winners take off with the Fulbright Program

It’s take-off time for 70 Italian and American Fulbright program grantees. On the morning of their departure for the United States, the Italy-United States Fulbright Commission organised an event at the U.S. Embassy in Rome, with the participation of the Ministry of Foreign Affairs and International Cooperation. In the afternoon, the grant holders went to the Farnesina for an institutional greeting and a guided tour of the Farnesina Art Collection.

The meeting was opened by the Chargée d’Affaires at the United States Embassy in Rome, Kelly Degnan, at the presence of the Director General for Cultural and Economic Promotion and Innovation, Minister Plenipotentiary Vincenzo de Luca, and the Executive Director of the Fulbright Commission, Paola Sartorio. The meeting, which also scheduled the presence of a former Fulbright scholar, archaeologist Darius Arya, was moderated by Rodney Ford, the Cultural Attaché at the U.S. Embassy. The event also scheduled several round tables on linguistic and cultural promotion in Italy and in the United States and on internationally topical issues such as migration and environmental sustainability. In the evening, the grantees were welcomed at the Farnesina for a convivial event opened with a greeting by the Central Director for the Promotion of the Italian Language and Culture, Minister Plenipotentiary Roberto Vellano.

In addition to the 70 Italian and American Fulbright program grantees, the event was also attended by members of the Executive Council and numerous other personalities from the academic world and the private organisations that cooperate with the Fulbright Commission and contribute to developing the Program.

Since it was established, the Program has played a key role in Italian-U.S. bilateral relations through the financing of research and teaching scholarships. Italy was among the first Countries to join and, since 1948, approximately 10,000 grantees have exploited the opportunities offered through the joint action of the Fulbright Commission, the Ministry of Foreign Affairs and International Cooperation and the U.S. Embassy in Rome.

The event highlighted the quality of the Foreign Ministry’s action to stimulate the internationalisation of the Italian university system, attract foreign talents and promote cultural and inter-university cooperation with the United States, as was recently reaffirmed at the presence of 36 Italian Universities in the Italy Pavilion at the NAFSA Expo in Washington DC on 28-31 May. Within this framework, the Fulbright Program confirms to be a value-added instrument for Italy-United States bilateral relations. 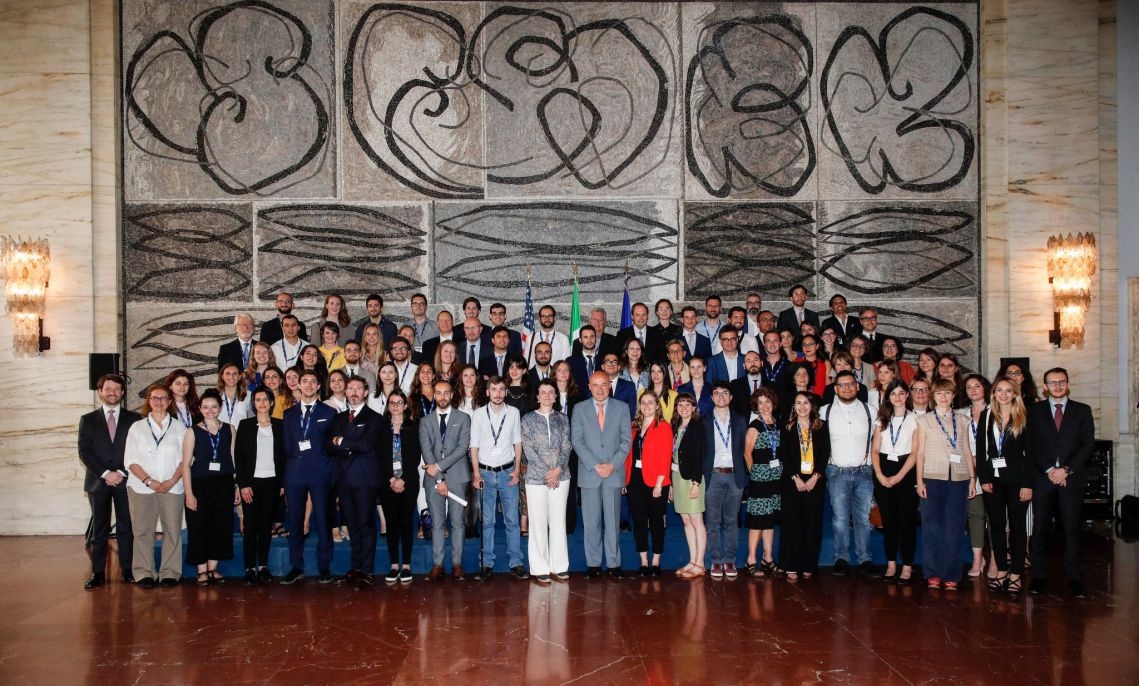