Today at the Farnesina, the Minister of Foreign Affairs and International Cooperation, Enzo Moavero Milanesi, closed the 31st edition of the Villa Mondragone International Economic Seminar, this year dedicated to theme: “Capitalism, global change and sustainable development. The future of globalization”. In addition to Minister Moavero Milanesi, remarks were also made by the Deputy Minister of Education, University and Research, Lorenzo Fioramonti, and by the Undersecretary for Economic Development, Michele Geraci.

The Villa Mondragone International Economic Seminar aims to intensify the dialogue between the academic world and the representatives of national and international institutions on the theme of growth and sustainable development. The Seminar follows in the wake of the consolidated cooperation between the MAECI and the Economic Foundation of the “Tor Vergata” University of Rome, which is aimed at enriching the debate on global issues by providing foreign policy with new perspectives and new analyses by academicians and members of think tanks. 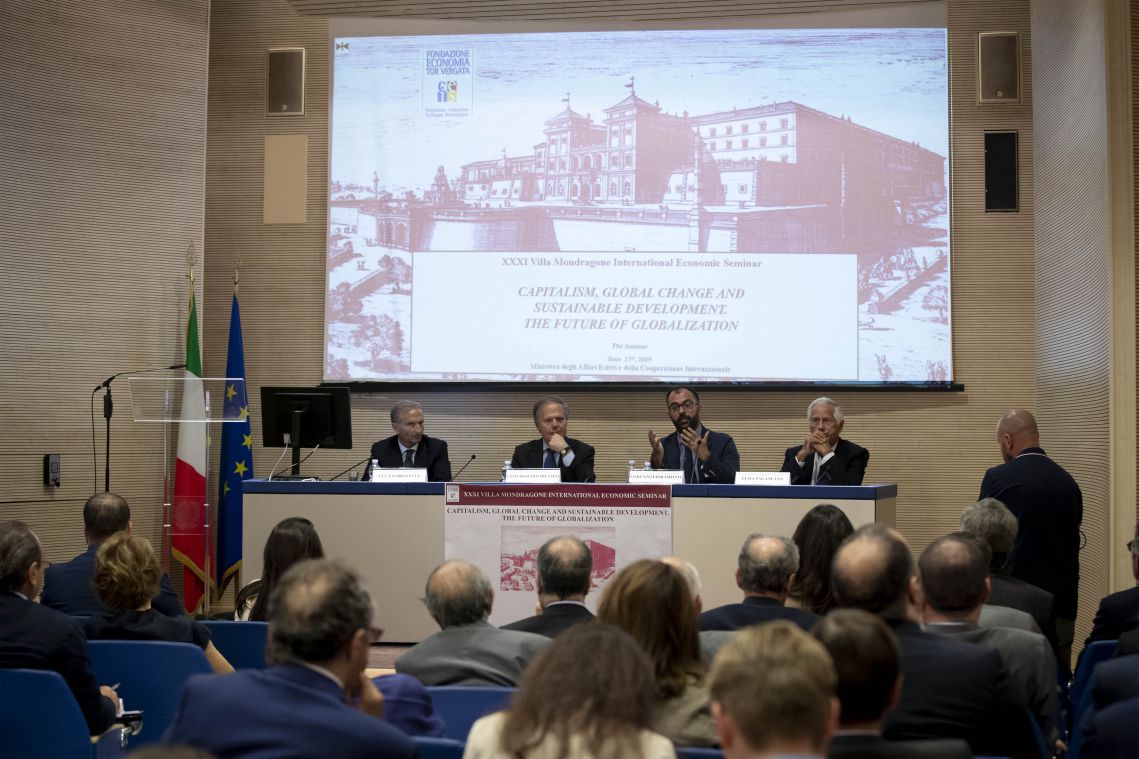