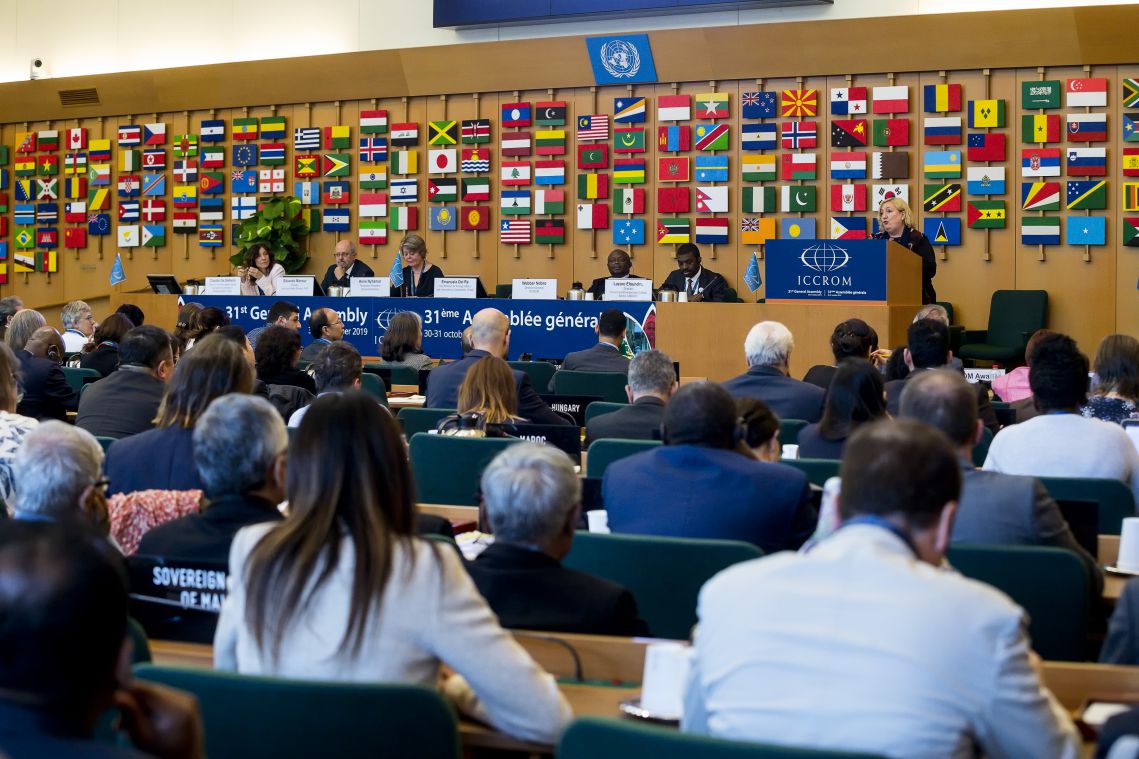 The Deputy Minister of Foreign Affairs and International Cooperation, Emanuela Del Re, attended the 31st General Assembly of the International Centre for the Study of the Preservation and Restoration of Cultural Property (ICCROM) in Rome.

The Deputy Foreign Minister recalled that ICCROM is an inter-governmental organisation established in Rome in 1959. “Italy and ICCROM have followed a common road based on the different meanings of culture: culture as a factor of identity but also as the instrument for peace-building and peacekeeping,” said Del Re.

The Deputy Foreign Minister went on to announce that the parliamentary procedure to ratify the amendment to the Headquarters Agreement conferring to the Centre the legal status laid down in the 1947 Convention on Privileges and Immunities is almost complete and that a one-million-euro contribution has been allocated.

She said: “In the light of this important result, which adds on to the new headquarters made available in the Monumental Complex of San Francesco a Ripa, I hope that the cooperation between Italy and ICCROM will become even stronger.”