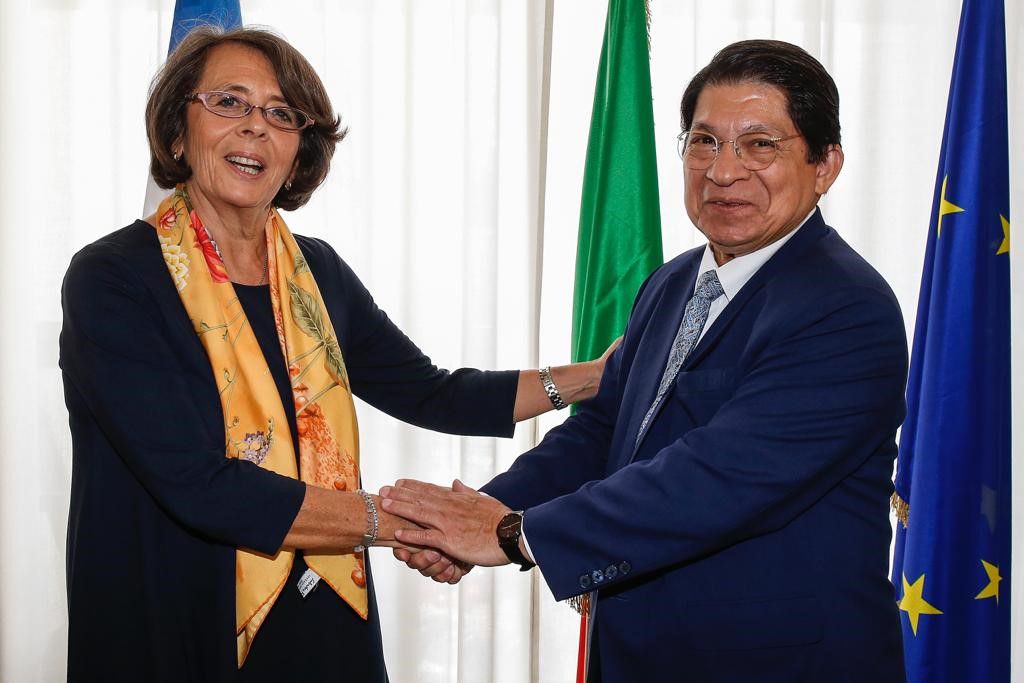 Deputy Minister for Foreign Affairs, Marina Sereni, met with the Foreign Minister of the Republic of Nicaragua, Denis Ronaldo Moncada Colindres, on the sidelines of the Ninth Italy-Latin America and the Carribean Conference.
Deputy Minister Sereni expressed Italy's attention and concern over the crisis which the country is currently experiencing. "Italy, in line with the other EU Member States, has always maintained the need to work towards a peaceful solution through a national inclusive dialogue between the Nicaraguan Government and the opposition."
The deputy Minister stressed that Italy believes that resuming a national and inclusive dialogue is the only possible path based on the full implementation of the agreements reached by the Government and the opposition, which call for the release of political prisoners and the upholding of rights and fundamental  freedoms. In this spirit, Deputy Minister Sereni also wished for international organizations to return to Nicaragua.