The CEI Business and Experts Forum is being held today in Milan. The event was organised as part of the Italian Presidency of the Central European Initiative (CEI), by the Ministry of Foreign Affairs and International Cooperation in association with the Ministry of Infrastructure and Transport and the Executive Secretariat of the CEI, with the support of Assolombarda.

The Forum is the first follow-up to the “Declaration of Trieste” adopted by the Foreign Ministries of the CEI member states on 12 June 2019, which endorsed the wish to reinforce the business aspects of the Central European Initiative, and more especially to emphasise regional cooperation in the area of infrastructural connectivity.

To this end, on the occasion of the 30th anniversary of the foundation of the CEI, it was significant that the Ministry of Foreign Affairs and International Cooperation decided to focus on an initiative in the infrastructure area, illustrating the interest in a sector that could certainly be a driving force towards more efficient regional integration, uniting technological development requirements with sustainability.

The work sessions were introduced by the Vice President of Assolombarda, Alessandro Spada, and opened by the Minister of Infrastructure and Transport, Paola De Micheli, the Deputy Minister of Economic Development, Stefano Buffagni and the Secretary-General of the CEI, Roberto Antonione.

The presentations focused on the issue of infrastructural and transit connectivity as a factor of development for the CEI member countries, and aimed to analyse in detail the development potential of land (road and railway networks) and sea connections, and projects for ports, with a view towards strengthening economic relations and trade flows with the CEI countries, also in light of the potential development of large land and sea global trade routes.

The CEI area has been traditionally strategic for the interests of Italian foreign policy and our companies, and there is still ample scope for improving the partnerships in the area of infrastructure.

The Minister of Infrastructure and Transport, Paola De Michele said that Infrastructure has a fundamental role to play in connecting Italy to Europe, and the rest of the world, and is actually an essential mechanism to support the economies of all the countries. Italy is getting back on track with respect to infrastructure, and in doing so, believes that international cooperation plays a vital role in rising to the challenge and taking the opportunities given by global competitiveness. There is an opportunity to enter into real partnerships with the Central European Initiative countries to make big investments. I am thinking in particular of the role of Italian port, and their railway connections; this is a great opportunity that could be transformed into a competitive advantage for our country.

However, the development of concrete projects between Italy and the CEI countries is ambitious and cannot be done without an important contribution by both the European Commission and regional organisations - such as the CEI and the IAI Adriatic and Ionian Initiative - in which Italy plays a significant leading role.

There were about 150 participants at the Forum in Milan, representing public institutions, enterprises, banks, the European Commission and experts from the CEI countries.

The day’s programme was organised into four sessions: the first focused on macro-regional policies and sustainable technological solutions in the CEI countries; the second was devoted to transit connections; the third reviewed the financial instruments available to companies and the final session will give space to the presentation of the private sector and the exchange of experiences between companies. 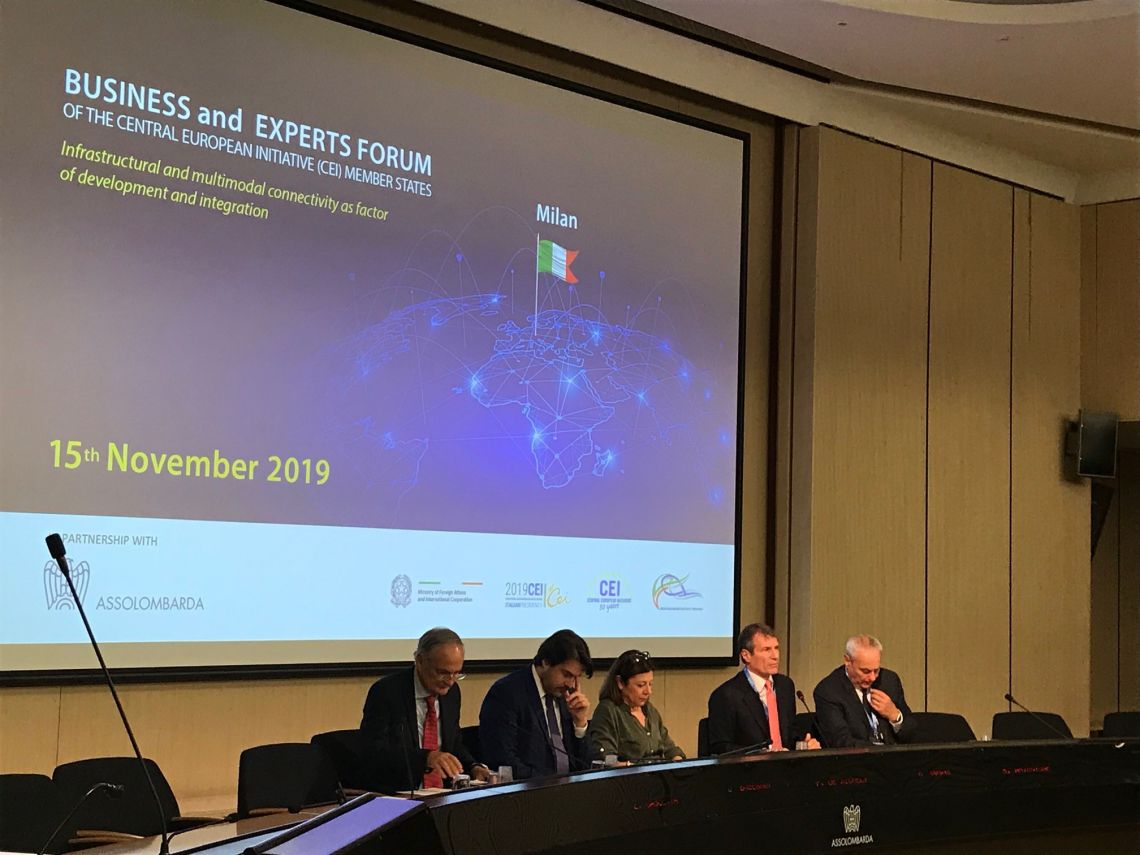 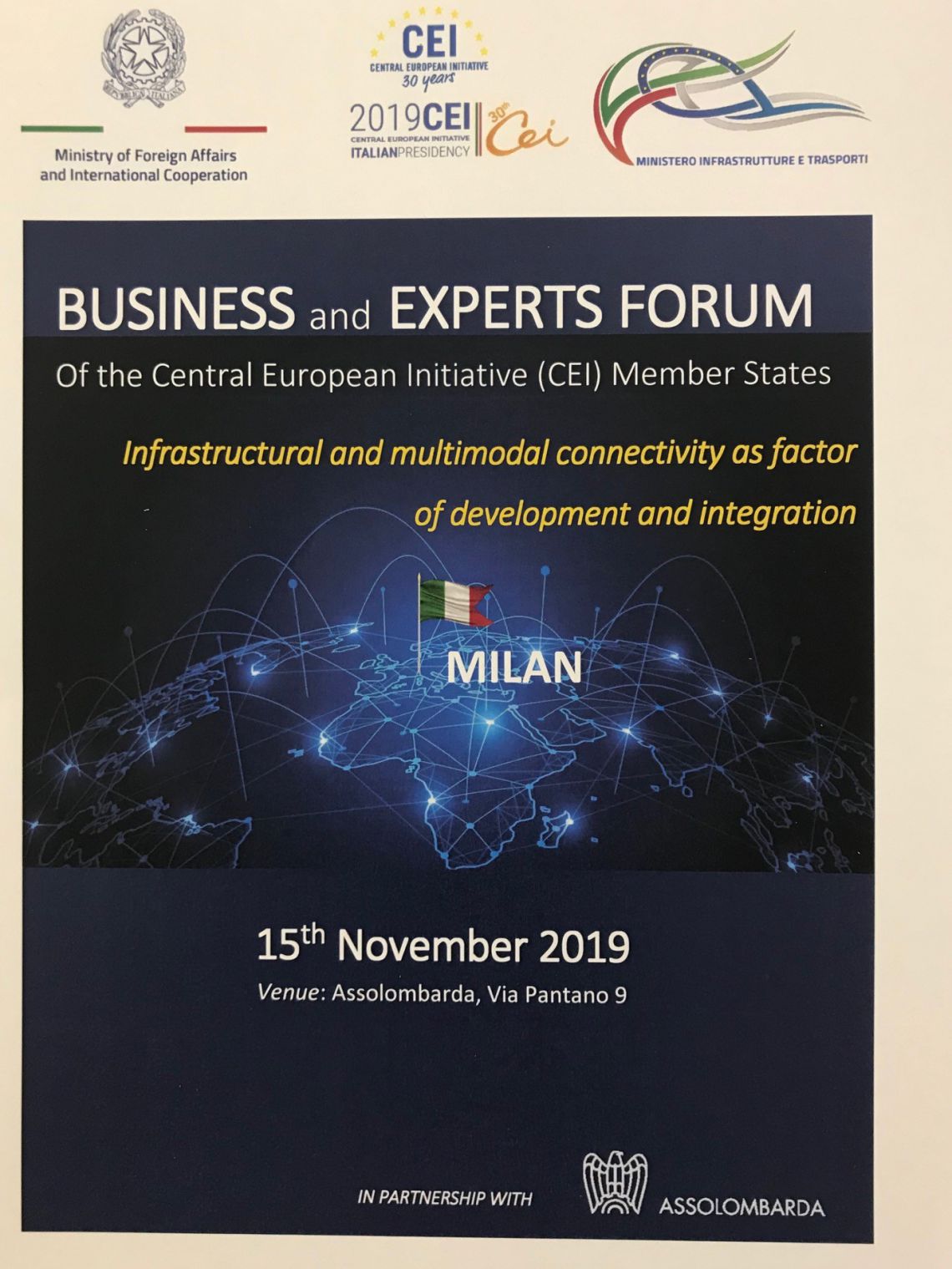 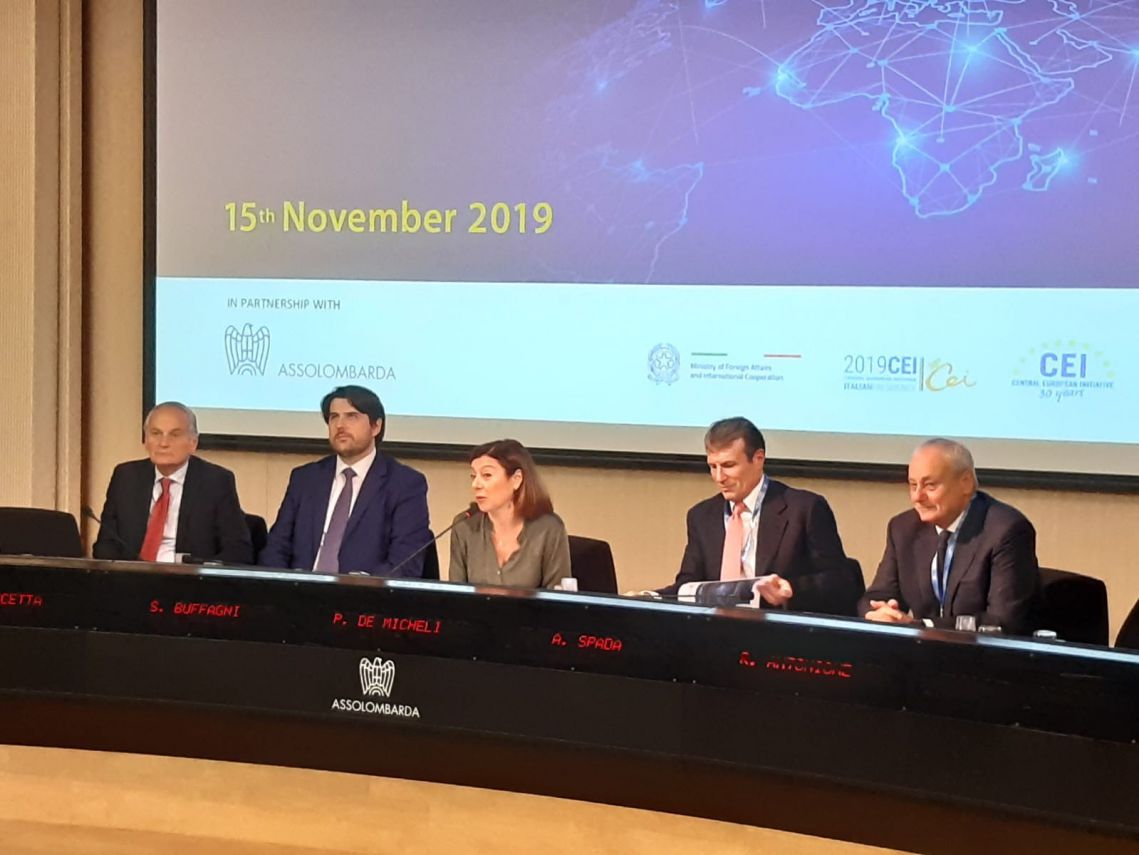 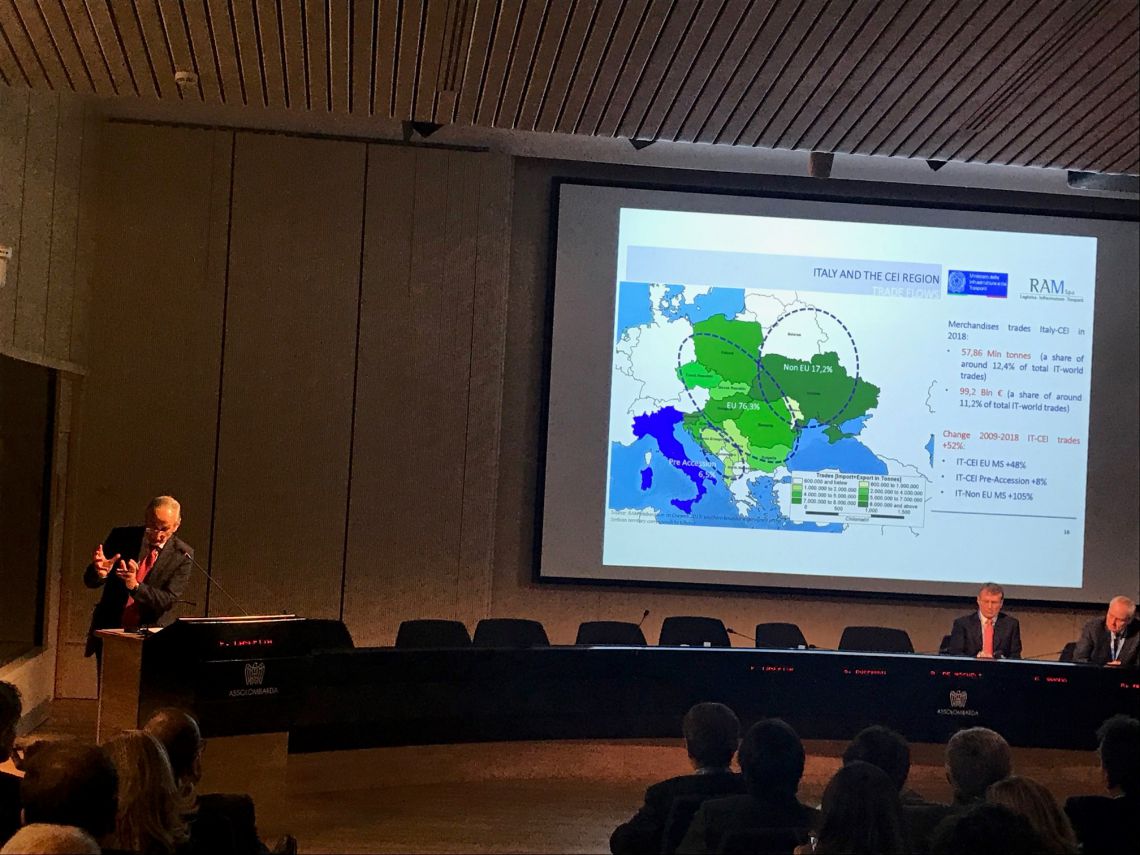