Federico Fellini's imagery, his dreams and visions are at the centre of the tribute paid by the foreign network of the Italian Ministry of Foreign Affairs to this great cinematic genius, on the hundredth anniversary of his birth, which occurred on 20 January 1920.

Eleven Embassies, six Consulates and twenty Italian Cultural Institutes worldwide will exhibit a selection of drawings made available by the local authority of the director's birthplace Rimini and taken from his “Book of Dreams”, an album in which, inspired by Jung's psychology, Fellini kept a record, for over thirty years, of his intense and prolific dream life. Travelling, eros, politics, religion, the worlds of cinema, art and literature are the most common themes in Fellini's imagery selected by the semiologist Paolo Fabbri, who has curated the exhibition.

This event is only the first of a rich programme developed by the Italian Foreign Ministry, and its international network, to celebrate the Fellini Centenary, in partnership with the Ministry of Cultural Assets and Activities (www.fellini100.beniculturali.it). 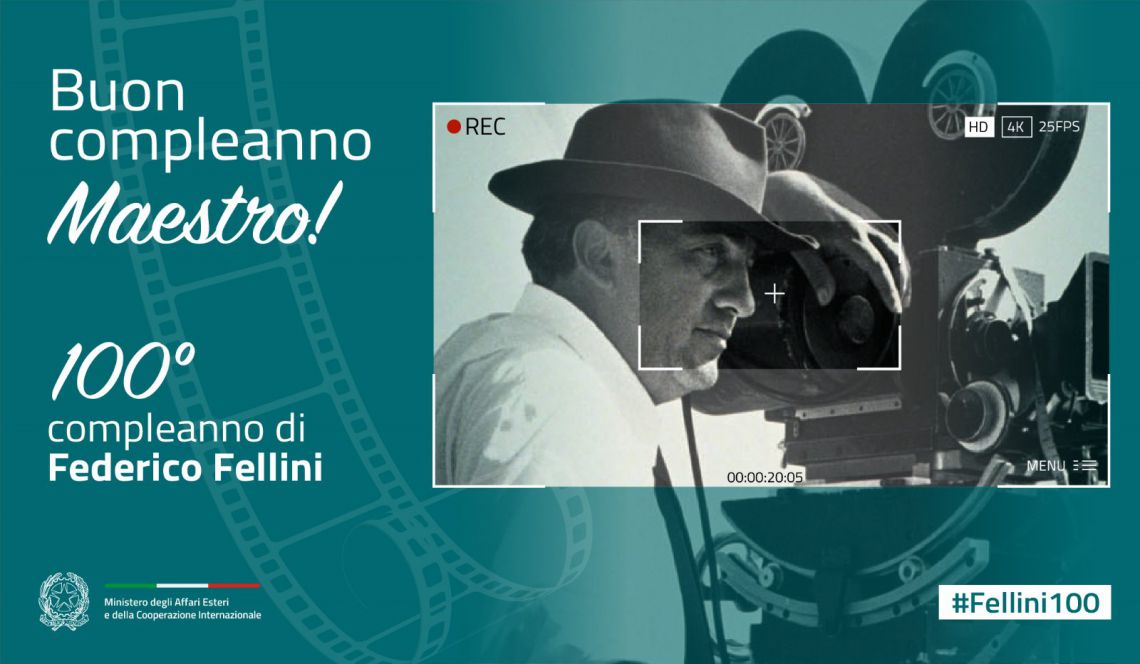