Di Stefano: working tables to support Made in Italy have concluded

Today, at the Foreign Ministry, the working tables to support Made in Italy and led by Undersecretary Di Stefano have concluded

Today, at the Foreign Ministry, the sectorial working tables to support Made in Italy have concluded, they were led by Undersecretary Manlio Di Stefano on behalf of the Minister of Foreign Affairs and International Cooperation, Luigi Di Maio. 12 video conferences over 6 days, which brought together over 150 trade associations and business representatives in a moment of joint reflection to update the plan to support Made in Italy in the light of the crisis triggered by COVID-19.

Opening the day with representatives of the trade fair sector, the Undersecretary recalled that the government has taken measures to compensate for the expenses incurred by companies that had to cancel their participation in international trade fairs. For the future, as explained by the President of the Institute for Foreign Trade, Carlo Ferro, we are working on a virtual B2B platform to participate in trade fairs that also allows to extend the physical concept on digital, continuing the interactions between participants over time.

In the afternoon, the final table on the export services sector was held, in which the provisions of the Italian Liquidity Decree were discussed, which meet the needs for a public finance to support internationalization, that companies have expressed for some time. SACE S.p.A., in its programming, now responds to the guidelines of the Booth of direction for internationalization, exposing up to 200 billion Euros in guarantees to support export, of which at least 30 billion are reserved to SMEs.

"E-commerce, digital and an extraordinary communication plan to start a national rebranding will be among the qualifying points of our strategy.”– said Mr Di Stefano in the end– "In supporting Made in Italy, today the regulatory framework identifies a single reference point in the MAECI. These tables have been fundamental for us and we will use the suggestions received also for the proposals of the Foreign Ministry for the economic decrees to come". 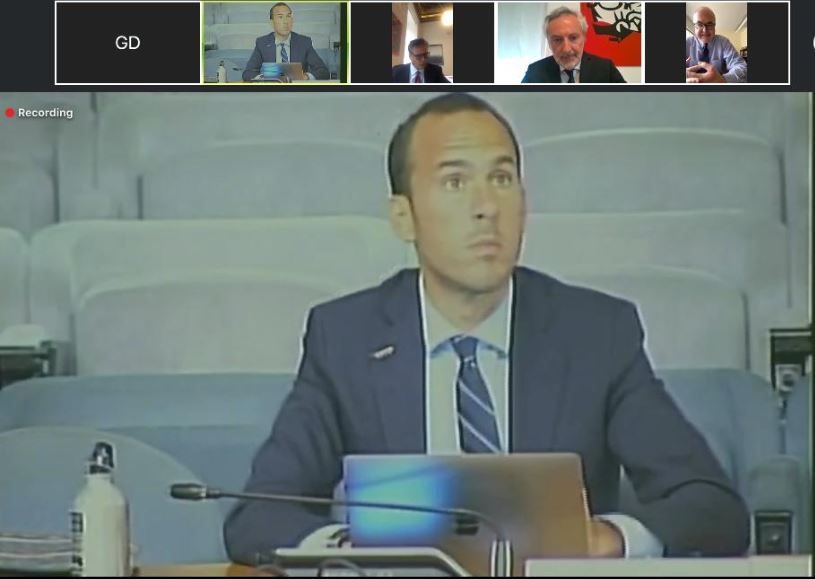