Our country, one of the main contributors to the UN peacekeeping budget and the first contributor of Blue Helmets among Western countries, is strongly convinced of the validity of peace missions and firmly believes in the added value of women personnel. Women's Blue Helmets have shown an exceptional ability to mitigate tensions in conflict areas, to promote human rights, to protect the civilian population by creating relationships of trust with the weaker categories, often the main victims of violence in conflicts. 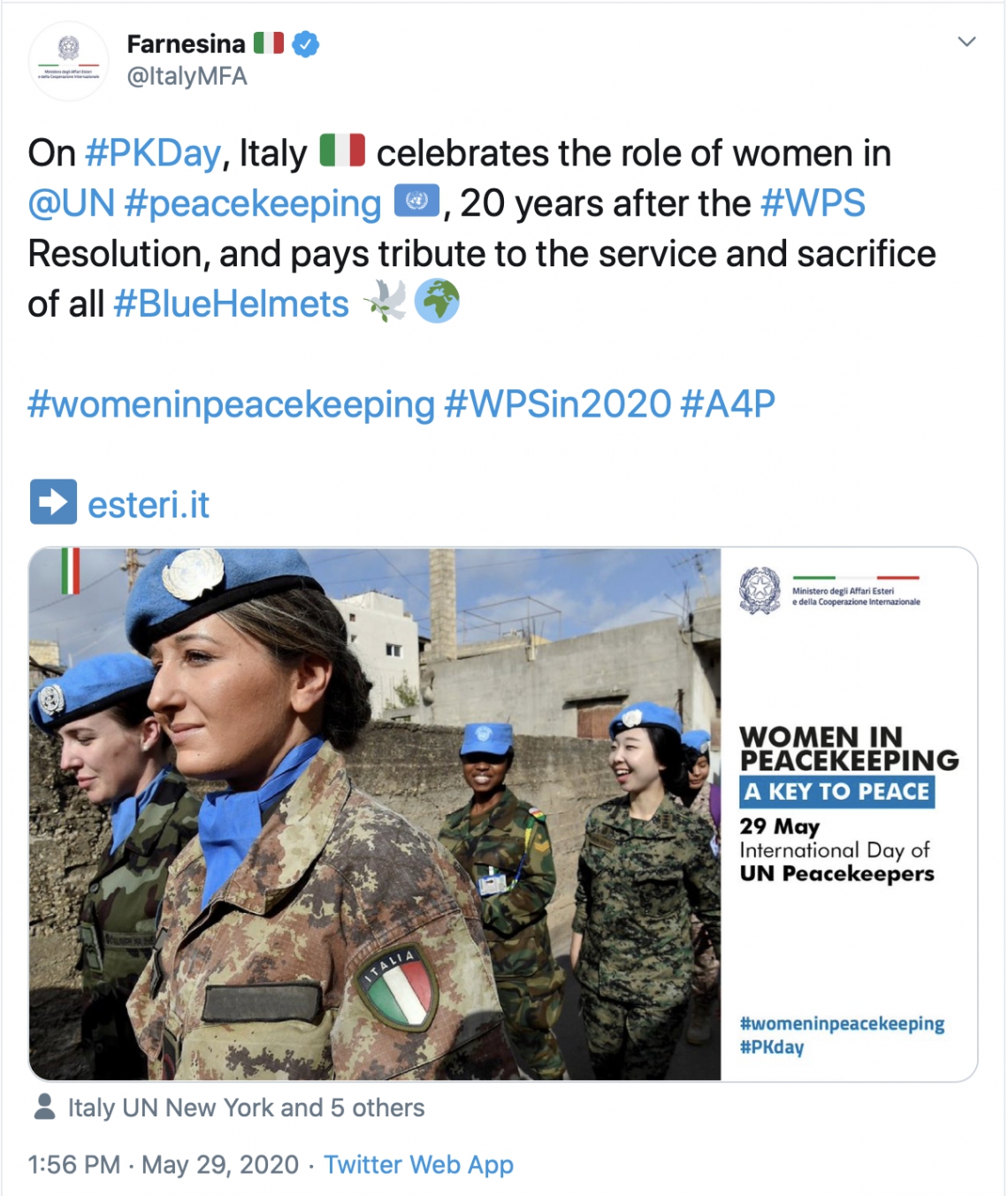