Mr. Pedersen has been appointed as Special Envoy for Syria in October 2018. He takes this position after decades of political and diplomatic experience, having served both the Norwegian government and the United Nations capacities. Most recently he was Norway’s Ambassador to the People’s Republic of China and Permanent Representative of Norway to the United Nations (2012 to 2017). For the United Nations he served as Special Coordinator for Lebanon (2007 to 2008) and as Personal Representative of the Secretary-General for Southern Lebanon (2005 to 2007).  In 1993, he was a member of the Norwegian team to the Oslo negotiations which led to the signing of the Declaration of Principles and the mutual recognition between the Palestine Liberation Organization (PLO) and Israel.

Med Dialogues is an initiative promoted since 2015 by the Ministry of Foreign Affairs, with the participation of the heads of governments and institutions of the Mena region (Middle East and North Africa), together with the representatives of the economic sector, civil society, academics and experts.

With the Med Virtual Dialogues initiative, ISPI and the Ministry of Foreign Affairs and International Cooperation promote a series of virtual dialogues with the protagonists of international politics in view of the 2020 edition of Med Dialogues, which will be held from 3 to 5 December in Rome.

The dialogues are intended to be interactive and provide an opportunity for the audience to join a virtual debate on the post pandemic future of the region with high-level representatives from governments, international organizations and other keynote speakers.

To register visit this page 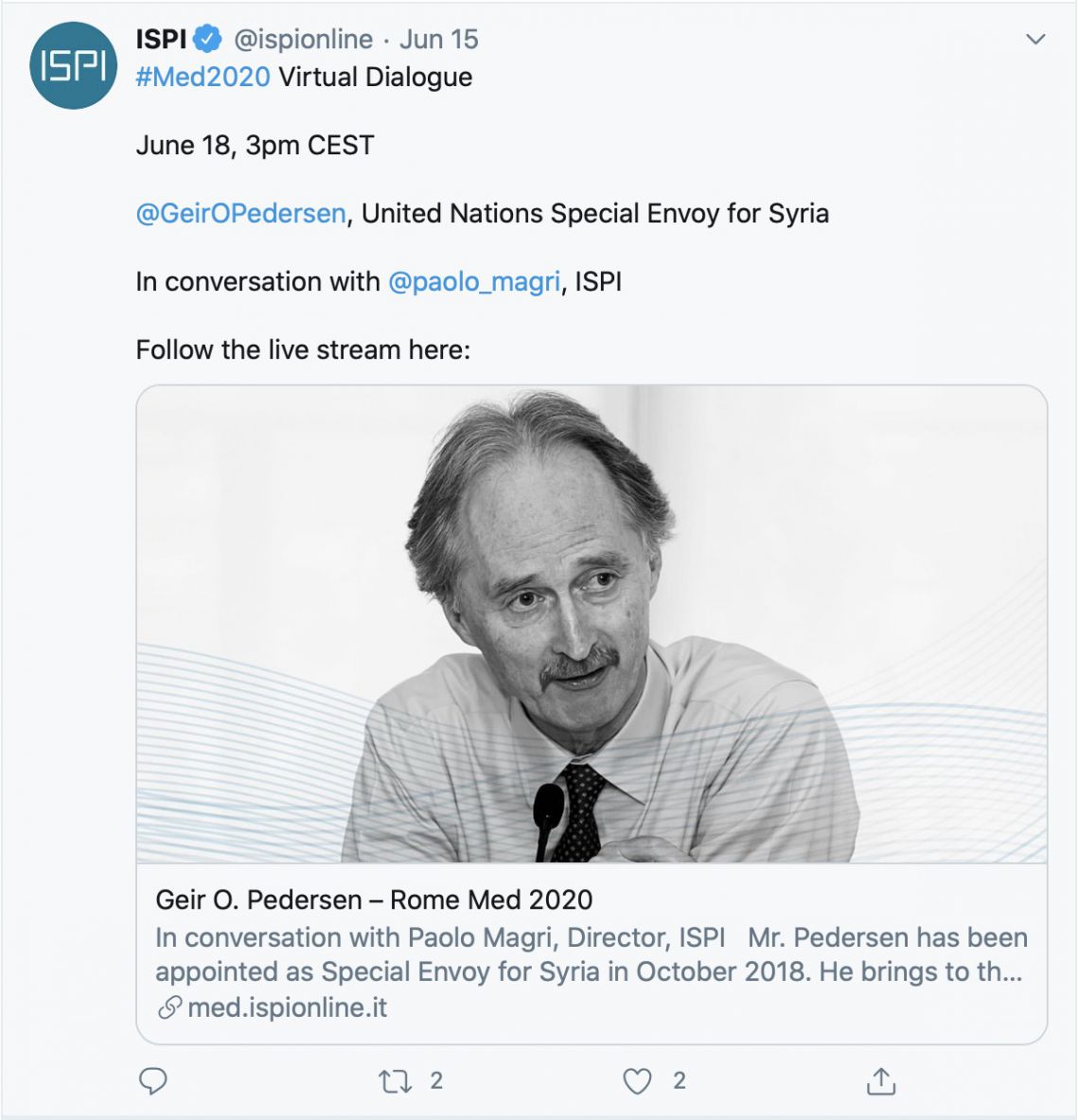