Vice Minister Marina Sereni had an extended video interview today with the Foreign Minister of the Federal Republic of Somalia Ahmed Isse Awad. The conversation focused first of all on the themes of the international collaboration for the Covid-19 contrast, with the Somali Minister who thanked our Government for being at Mogadishu's side in the health assistance to the African country, also recalling the recent European humanitarian airlift, at the beginning of July, to Somalia to which Italy has contributed significantly. "The pandemic - said Sereni - has taught us that we must invest in the public health system and that we can only win the everyday battle against the virus by working together at an international level.

Awad illustrated the political situation in Somalia, particularly given the parliamentary and presidential elections, the first in the last fifty years by universal suffrage. The election should take place between the end of 2020 and spring 2021, once solved the discussion between the Government of Mogadishu, which would like to guarantee the 'one person, one vote' system decided by Parliament and the federal states inclined instead to use a clan electoral mechanism.

Reiterating the strong historical link that unites the two countries, the Deputy Minister underlined "the importance of the continuation of the dialogue between the central government and the federal States for a correct and transparent electoral process".

"The stability of the region is a priority of Italy's foreign policy and it can only be guaranteed through dialogue and a multilateral approach," said Sereni, who also indicated Italy's appreciation for the latest round of direct talks between Mogadishu and the Somaliland authorities.

Vice Minister Sereni then recalled the presence of Italian military personnel engaged in assistance and training missions for the forces of Mogadishu and Italy's efforts in terms of international cooperation, which has resulted, over the last five years, in an annual budget of 15 million euros to be allocated to agricultural development and food security and which is also reflected in the collaboration for training and strengthening the Somali University. About security, appreciation was also expressed for the efforts of the Somali Government in the fight against the terrorist organization Al-Shabaab, active in some parts of the country.

"Italy, in collaboration with Europe - concluded Sereni - will continue to support forces and leaders in Somalia who are working to achieve a complete democratic transition, fighting against armed terrorist groups and committed to prosperity and stability". 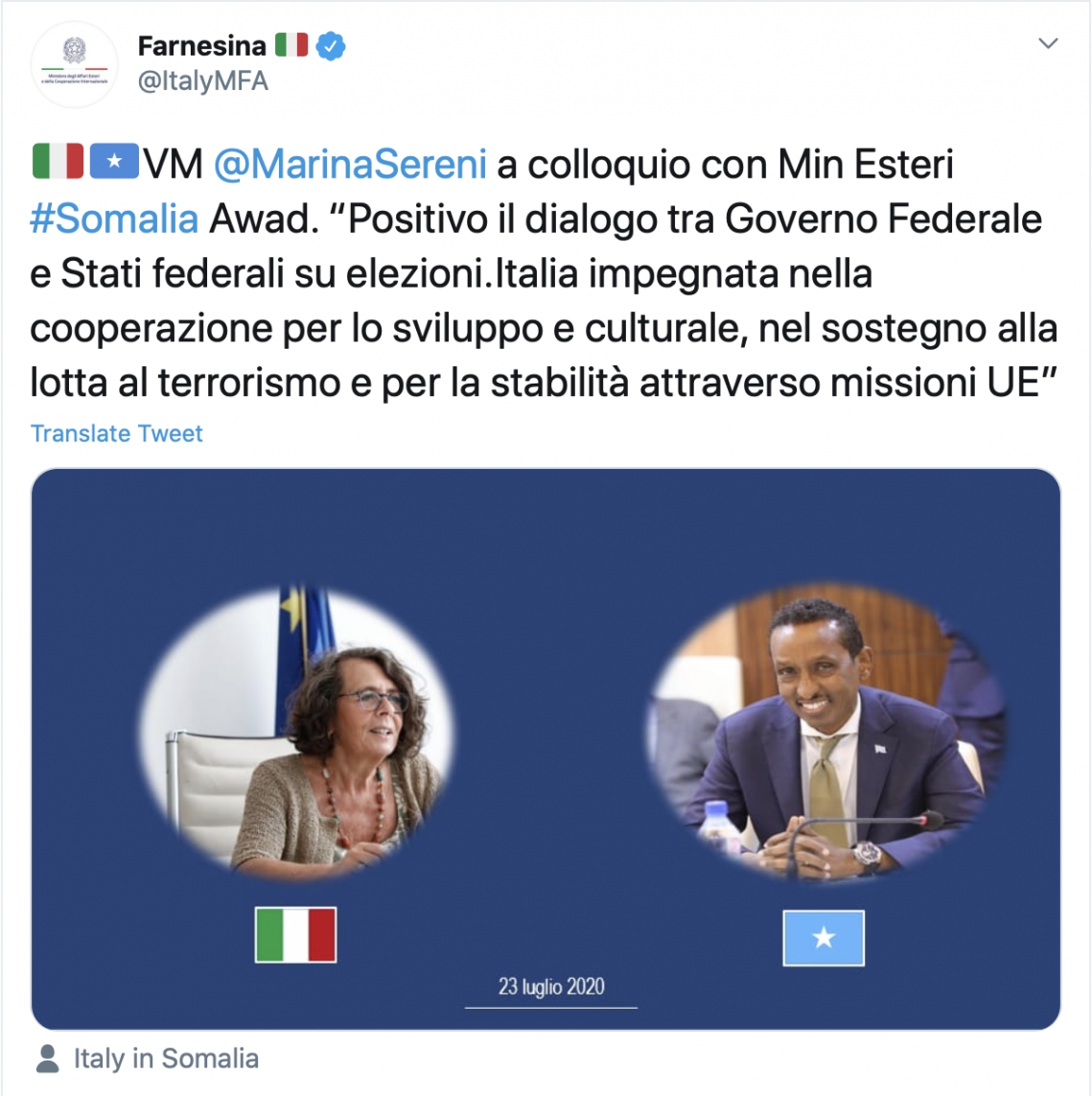