Today Vice Minister Emanuela Del Re has welcomed in Beirut a humanitarian flight from the UN base in Brindisi, with a cargo of 8 tons of medicines, health kits and personal protective equipment donated by the Italian Cooperation, the Italian Red Cross and Commissioner Arcuri. The cargo was delivered by implementing the principle of ownership through the Lebanese Armed Forces (LAF), to the Lebanese Red Cross, which will handle the subsequent distribution in hospitals in Beirut and Tripoli. This is the fourth humanitarian flight that Italy sends following the explosion in the port of Beirut on 4th August. During the day, the Vice Minister had a meeting with the Minister of Foreign Affairs, Charbel Wehbe, who thanked Italy for the timely delivery of aid following the tragic explosion on 4th August, took stock of the emergency management and addressed new requests for help for the early recovery phase.

The Vice Minister expressed Italy's willingness to continue to bring help in a long-term perspective, looking beyond the current emergency, to help rebuild the social resilience of the Lebanese people throughout the territory with a holistic and inclusive approach that allows to respond to the emergency by pursuing projects already underway. This strategy was also the subject of the meeting with the UN Resident Humanitarian Coordinator, Najat Rochdi, to whom she expressed her willingness to further deepen the collaboration of the Italian Cooperation with the UN agencies engaged on the ground.

Ms Del Re then announced to his interlocutor that she had authorised a contribution of 1 million euros to the Humanitarian Fund for Lebanon managed by the UN Office for the Coordination of Humanitarian Affairs (OCHA). She stressed that the Italian strategy also involves Civil Society Organisations (CSOs), which take part in the coordination table for aid to Lebanon established and chaired by the Vice Minister. At the embassy, Ms Del Re then met representatives of both Italian and Lebanese CSOs active in cooperation projects in the country, discussing in depth the most urgent issues for the country and also how to define a long-term roadmap.

The Vice Minister then visited a project for the reconstruction of the buildings in Beirut damaged by the explosion, managed by OSC AVSI with the #LoveBeirut campaign, which has collected private Italian donations for over 300,000 euros, visiting Lebanese families whose homes have suffered serious damage and who benefit from the project.

At the end of the day, the Vice Minister visited the field hospital set up by our Military Engineering, who will work in partnership with the Lebanese authorities to provide health support for the Lebanese population, a virtuous example of our ability to intervene in emergencies. She also expressed her great satisfaction for the visit, which will make it possible to coordinate aid even more effectively with a view to making a truly incisive contribution to the projection of Lebanon into the future. 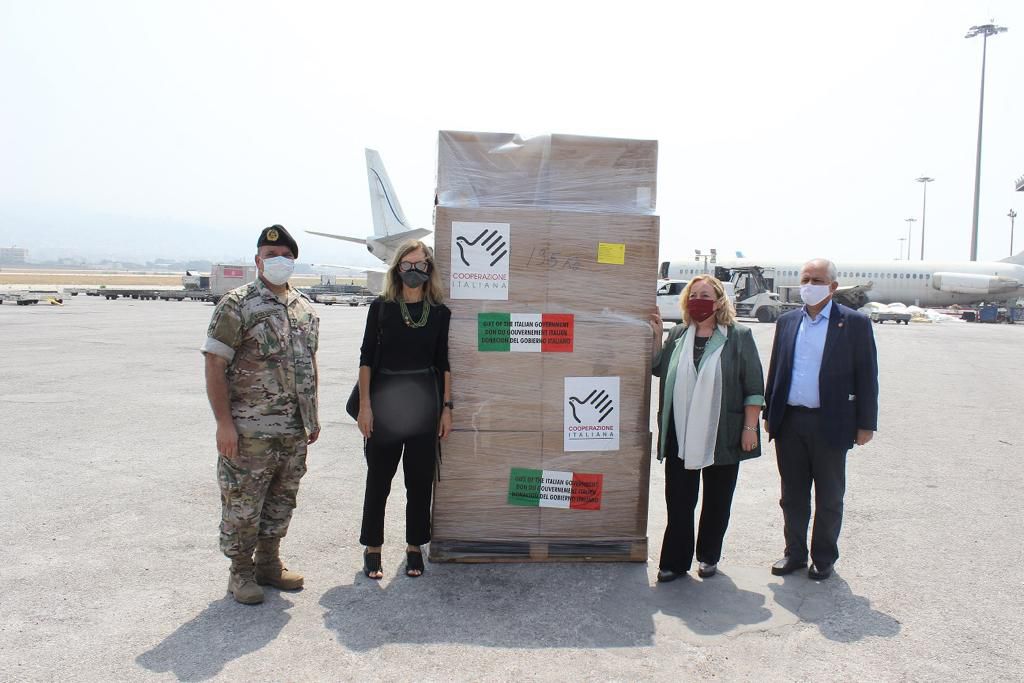