MWMN: Sereni at the launch of the antenna in Kosovo

"The Mediterranean Women Mediation Network reflects Italy's longstanding tradition in the promotion of women's rights and gender equality," Vice Foreign Minister Marina Sereni said while opening the video conference presentation of the Mediterranean Women Mediators Network's antenna in Kosovo, a project launched, promoted and financed by the Italian Foreign Ministry, in collaboration with the International Affairs Institute and Women in International Security Italy.

"Promoting the participation of women in the peace processes, mediation actions and the consolidation of peace in the Mediterranean area - Ms. Sereni explained - is fundamental for global peace and security. To this end, opportunities for collaboration with other regional networks of women mediators have been identified and a Global Alliance of Regional Women Mediators Networks established. This year we mark the 20th anniversary of landmark Resolution 1325 on Women, Peace and Security, and we must step up our efforts to achieve its full implementation. Women - the Vice Minister continued - are still greatly under-represented in peace processes, despite their significant contribution to conflict resolution. It has therefore become more urgent than ever to add momentum to a real paradigm shift on the role of women in crisis resolution".

"Creating local antennas - Ms. Sereni added - is so important for our Network, which is why today we are particularly pleased to inaugurate the antenna in Kosovo, which also represents a significant step forward in the close relationship built up in recent years between Rome and Pristina. We welcome the resumption of the EU-sponsored dialogue between Kosovo and Serbia, and strongly support the action of the EU Special Representative Miroslav Lajčák for a sustainable and lasting agreement that will ensure peace and stability in the region. The Italian participation in KFOR testifies to the continuity and level of our commitment to the stability of the country. A commitment that goes beyond the issue of security, extending to support for Kosovo's young democracy, engaged in a process of building institutions based on democratic values. A process - the Vice Minister concluded - that is fundamental for its future integration into the wider European family". 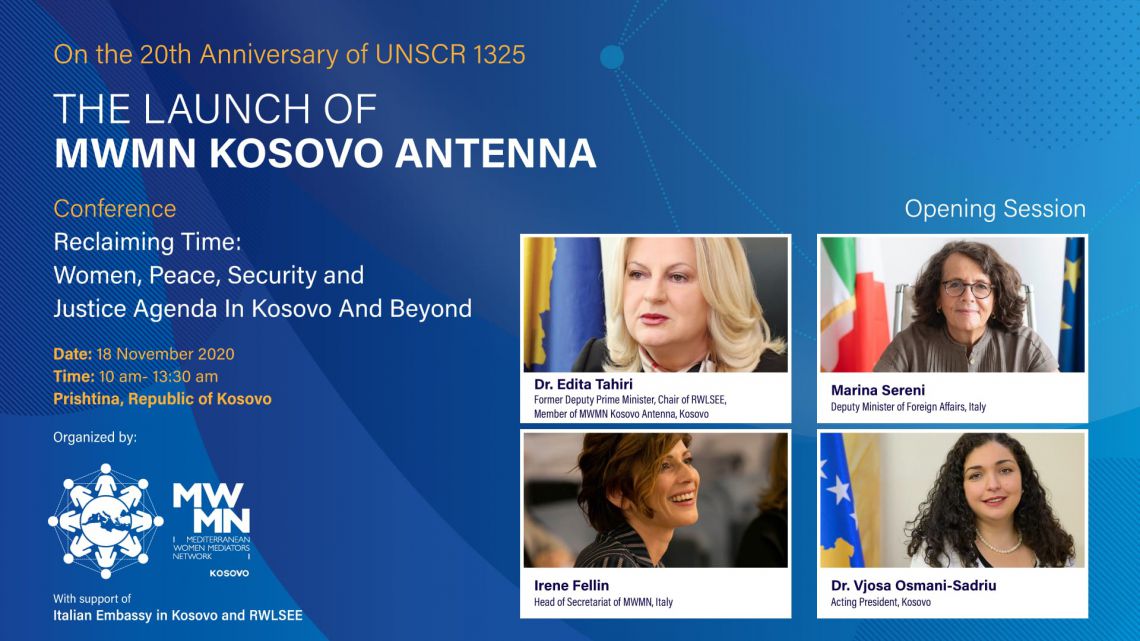