Despite the excellent diplomatic relations, trade between the two countries does not seem to have yet expressed its full potential. To strengthen trade and economic relations the two sides decided to convene a meeting of the Joint Committee, as soon as possible, with the aim precisely of strengthening Italian-Kuwaiti cooperation, not just in the political and commercial fields, but also in science, technology and culture.

The Vice Minister and Undersecretary also comprehensively exchanged views on a number of regional issues.

With regard to the diplomatic crisis between several Gulf countries, including Saudi Arabia and the United Arab Emirates, on the one hand, and Qatar, on the other, Ms. Sereni appreciated the moderate line and "the efforts by Kuwait to persuade those countries to overcome the dispute, based on the conviction that the priority in the region is to effectively join forces in order to tackle the challenges posed by terrorism and violent extremism, which can only be achieved through multilateral cooperation".

The parties also focused on Iran, regarding which the Vice Minister mentioned Kuwait's mediation efforts and its readiness to dialogue with Tehran, also reaffirming that "it is fundamental importance, for Italy, to safeguard the Nuclear Agreement, which remains a pillar in the architecture of regional stability and non-proliferation. For this reason it would be advisable to resume working, as soon as possible, for its full implementation".

Regarding the confirmation of Kuwait City's support for the current Iraqi government, Ms. Sereni confirmed that "the stabilisation of Iraq remains a strategic priority for Italy". As for the Abraham Accords, Ms. Sereni and Mr. Al Qubaisi agreed that they should not be an obstacle to the resumption of dialogue between Israelis and Palestinians. In this regard, the Vice Minister recalled that "Italy strongly supports the Two-State Solution". 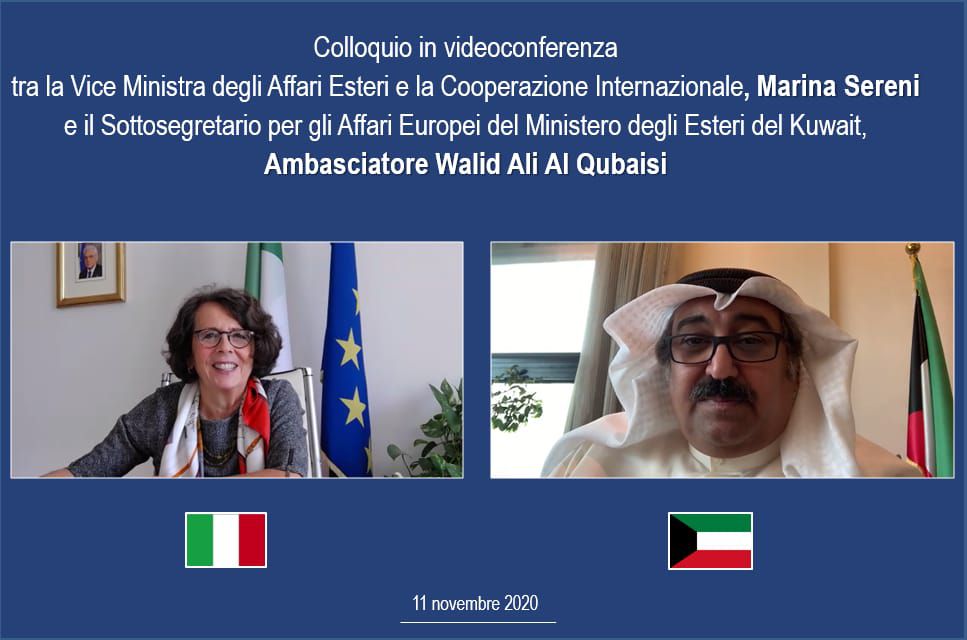