"Children are our most precious resource and their rights must be protected everywhere and in all circumstances" said the Vice Minister of Foreign Affairs, Marina Sereni, in her opening address at the video link meeting of the International Conference of the Universities Network for Children in Armed Conflict (UNCAC), promoted by the University of Perugia and the Istituto di Studi Politici S. Pio X, with the participation of the Special Representative of the UN Secretary-General on Children and Armed Conflict, Virginia Gamba. Today's Conference focuses, in particular, on the issue of abuse of girl children in war zones.

"In armed conflicts – Vice Minister Sereni continued - girl children become the victims of specific and repulsive forms of abuse: violence, slavery and human trafficking, sexual abuse, forced pregnancy, prostitution, marriage and, last but not least, unfortunately, genital mutilation. We must do all we can to remedy this horror. Italy's fourth National Action Plan, consistently with Security Council Resolution 1325 on Women, Peace and Security of 2000, which will be adopted as soon as possible, will have a special focus on girl children, in particular, with a view to protecting them during and after conflicts. Furthermore, I would like to remind you that, on the occasion of the 33rd International Conference of the Red Cross and Red Crescent, Italy committed itself to taking all appropriate and necessary actions to reduce the impact of wars on children’s lives, presenting an open pledge that has garnered a great deal of support. Our commitment to this issue," Ms. Sereni concluded, " is and will continue to be very strongly upheld in all possible fora." 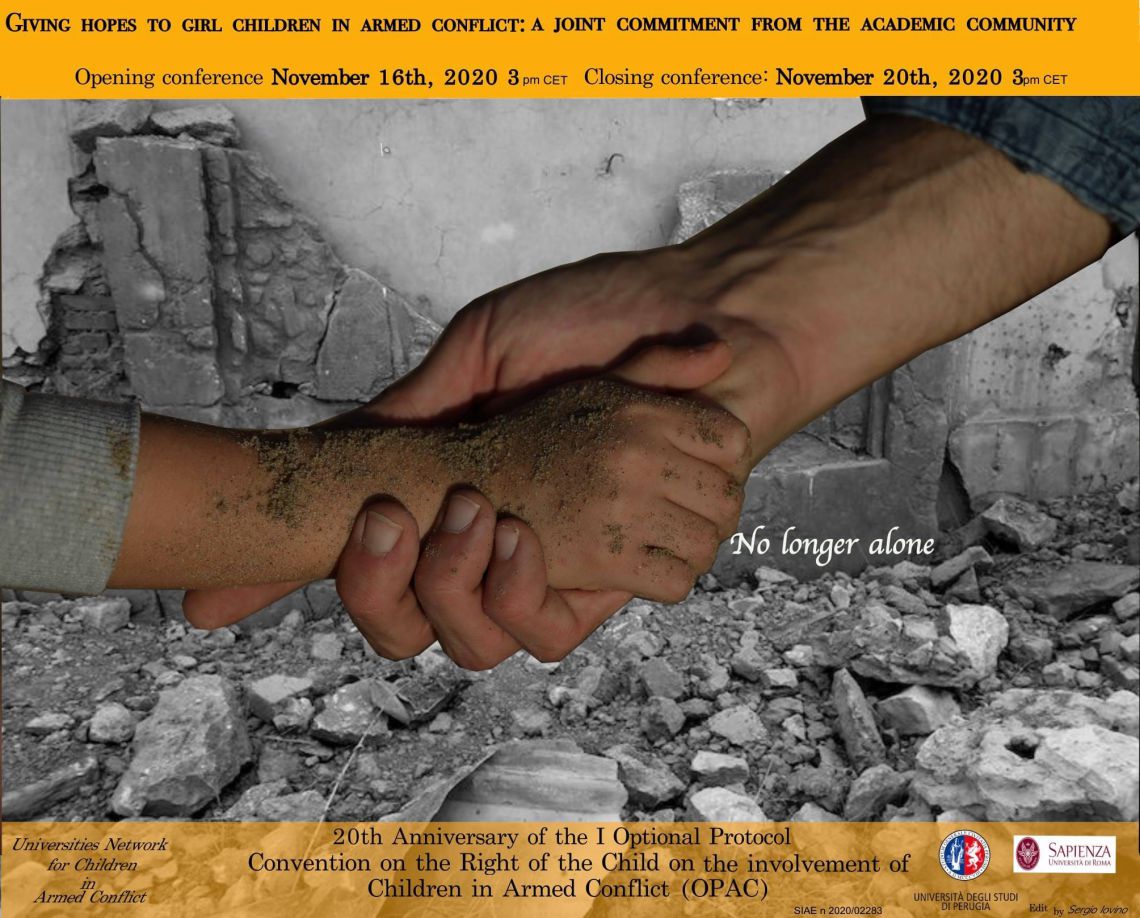