Vice Minister Del Re in Somalia: a strategic partner for Italy

The Vice Minister of Foreign Affairs and International Cooperation, Emanuela Del Re, went to Mogadishu for her third visit to Somalia since 2018, to take part in a Donor’s Conference for the Reconstruction of Somalia’s National University (UNS), which Italian Cooperation has been supporting since it was founded in 1969. Speaking at the Conference, the Vice Minister referred back to how Italy has given extensive support in UNS becoming operational again, by means of numerous initiatives to upgrade the Campus’s infrastructure, improving the training it offers, and granting newly graduated young people bursaries to attend Italian Universities. The Vice Minister announced that in 2021 Italy will be making contributing part of the redevelopment works on the University Campus, and will increase the bursaries to the students who most deserve them.

During the day, Vice Minister Del Re also signed a Draft Bilateral Agreement to Cooperate in Development, with the Foreign Minister, Ahmed Isse Ahwad. The Vice Minister then had bilateral meetings with Prime Minister Roble, the Minister of State to the Republic’s Presidency, Hassan Khalif, and the Minister of Humanitarian Affairs, Kadija Mohammed Dirye, to whom she gave prior notification a flight to be sent to Bosaso in the coming days, with humanitarian aid, in response to the recent flooding of the Puntland region. On the question of security, the Vice Minister recalled Italy’s role in increasing the skills of the Somalian police forces, by means of training provided by Italian Carabinieri at the Djibouti base, and the importance of the Italian contingents and personnel in the three European missions active in Somalia: EUNAVFOR Atalanta, EUTM and EUCAP.

“For Italy, Somalia is a strategic partner and one of the priority countries for our foreign policy and cooperation in development. We will continue to support Mogadishu in its reconstruction and stabilisation process, also in light of the upcoming parliamentary and presidential elections,” said the Vice Minister. “Italy is currently called to play a more significant guiding role in the main multilateral forums, and will continue to support Somalia’s efforts on its way to sustainable development and progress.” 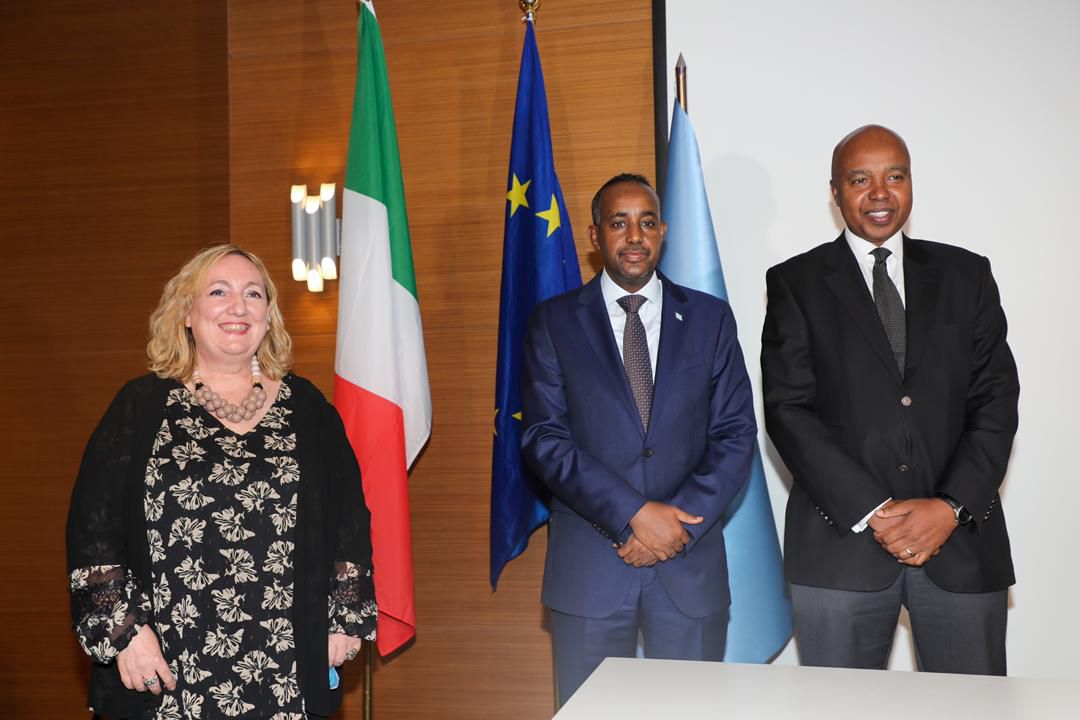