Del Re: Europe must pursue a strong partnership with Africa The Vice Minister began her address by recalling how the Italian government had recently outlined a new strategic document called “A Partnership with Africa”, which aims to guide Italy's action towards the continent. Italy's approach to Africa, she continued, encompasses many areas that represent a priority for Italian foreign policy: from cultural and scientific cooperation to the management of migration flows, from the fight against climate change to the strengthening of governance, democracy and stability in fragile regions.

“We Europeans should aim to establish synergies with our African partners, not just relations, based on the principle that only Africans are entitled to manage African affairs,” Ms. Del Re said. “With the Portuguese presidency, thanks to its geographical proximity and historical ties, we believe that Lisbon will play a key role in reviving the partnership with the EU's Southern Neighborhood."

The Vice Minister, based on her experience of years spent on the ground in conflict areas, then stressed the need to work “on our perception of reality, on how we perceive Africa and how Africa perceives us. Until we work on a shared perception of reality, we will not be able to communicate Africa to Europeans and Africa will have difficulty communicating the EU to Africans.”

“We need to involve the African leadership in all the decision-making processes,” she continued. “This would help increase our mutual recognition and build solid trust, which is essential for any strong and sustainable partnership.”

“Unless Africa and the European Union become truly intertwined at all levels, in all fields, we will never be sure of our capacity to solve the major problems. The day must come when we speak with one voice,” Ms. Del Re concluded 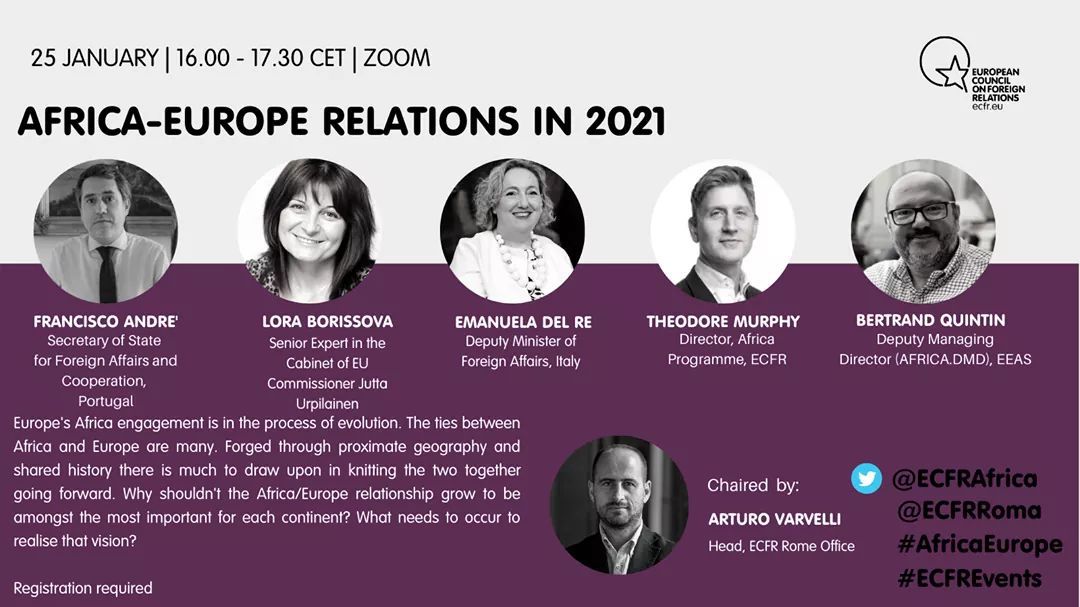