"Exactly one year ago, Italy launched the Food Coalition, with the idea of not only proposing a new way to respond to the pandemic, to prevent the health crisis from turning into a food crisis, but especially of building a global coalition to reach the Zero Hunger goal and build a resilient and sustainable post-pandemic world. FAO, starting with Director-General Qu Dongyu, has embraced this proposal from the very beginning".

These words were spoken by Marina Sereni, Vice Minister of Foreign Affairs and International Cooperation, at the opening of the briefing on the contribution of the Food Coalition to the G20, in the presence of the Permanent Representatives at FAO.

"The Food Coalition was conceived as an alliance not only between countries, but open to international and civil society organisations, universities and the private sector".

"Italy made an initial contribution of one million euros, to which I can announce today that another two million euros will be added this year, while at the meeting of the Foreign Affairs and Development Ministers, scheduled in Matera on 29 June, our country will make a significant commitment. After the success achieved in November 2020, when the Food Coalition was launched, our aim now is to transform this idea into concrete facts, coordinating and linking our action to the work of the G20, which this year will be chaired by Italy. For all this, the full involvement of FAO is crucial, along with that of the Member States and all those who have joined the initiative".

"To contain the effects of the pandemic and promote sustainable recovery, the Italian G20 Presidency has already proposed to the member countries and the rest of the international community to endorse a Call to Action to address the food crises exacerbated by Covid-19 and to achieve the 2030 Zero Hunger goal. The Italian-led G20 can provide an opportunity to build collective and coordinated leadership to address the food crises while promoting an inclusive approach with all public and private stakeholders, putting into place the necessary projects".

"For this very reason, the joint meeting of the G20 Foreign and Development Ministers, as mentioned above, scheduled in Matera on 29 June, will centre on global food security – a topic that will then be taken up at the meeting of the G20 Agriculture Ministers as well, scheduled in Florence on 19-20 September. A unified response is needed for the Zero Hunger objective, and the Food Coalition may be the right tool to multiply our efforts in this regard. We are therefore ready, as a country, to work within the G20 to make the Food Coalition a “game-changing” solution to bring closer and achieve the goal of eradicating hunger worldwide". 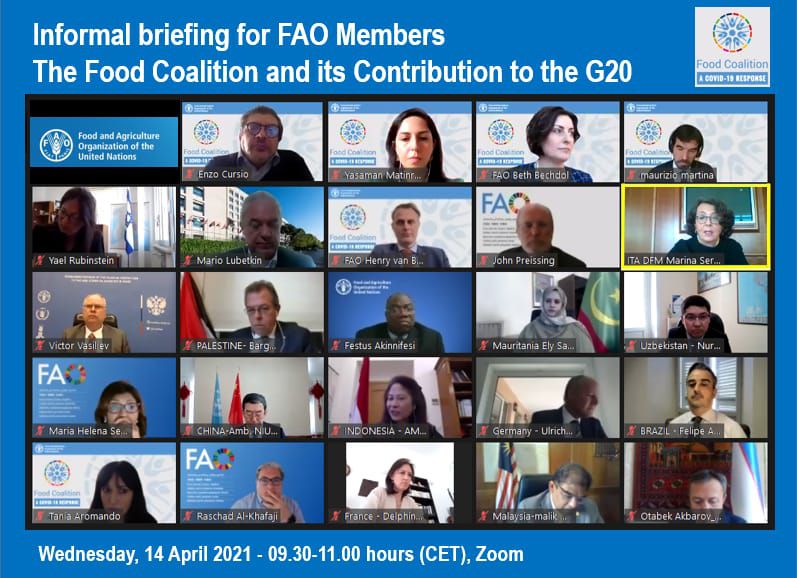 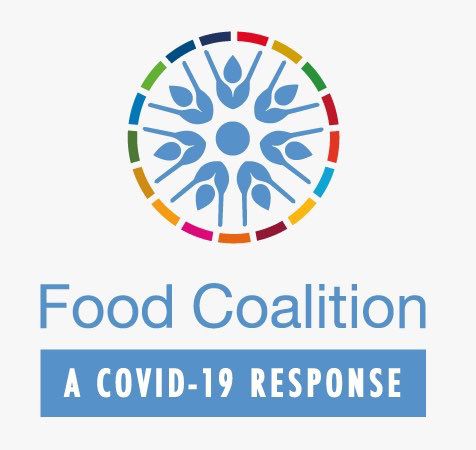