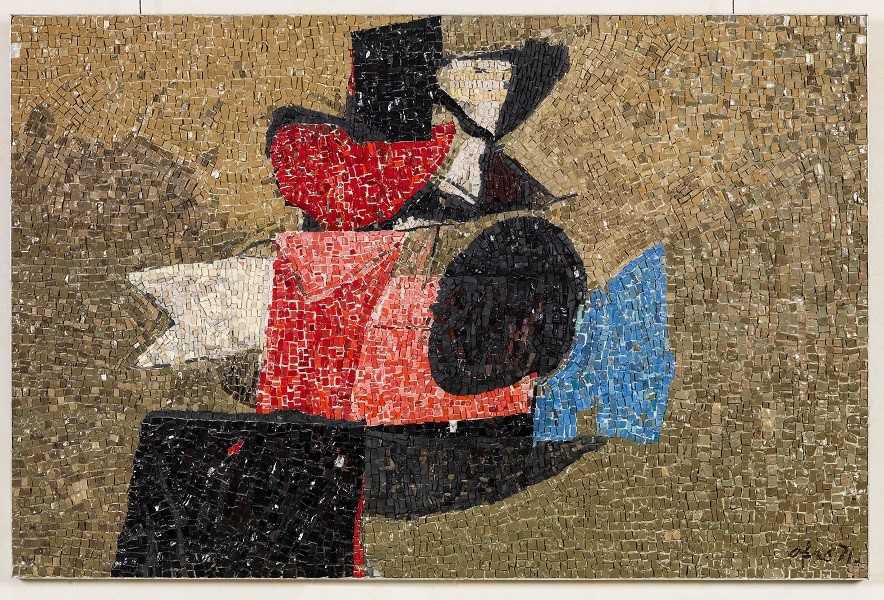 Afro is one of the great Italian artists of the mid-20th century. He participated in the “Group of Eight” (1952-4), and his work was generally ascribed to the Informal period. In his painting, influenced by experiences in the United States, Shapes and colours became tools for a free re-evocation of memories and emotions.

The mosaic technique had been familiar to Afro from the outset of his career and, indeed, from 1941 to 1945 he taught it at the Academy of Fine Arts of Venice. During those same years, he also produced the cartoons for the mosaics at the Palazzo dei Congressi in Rome’s EUR District. Afro returns to the mosaic in the last years of his life, when the technique appeared to him particularly suited to express the final stages of his research, then focused on more stylized forms. 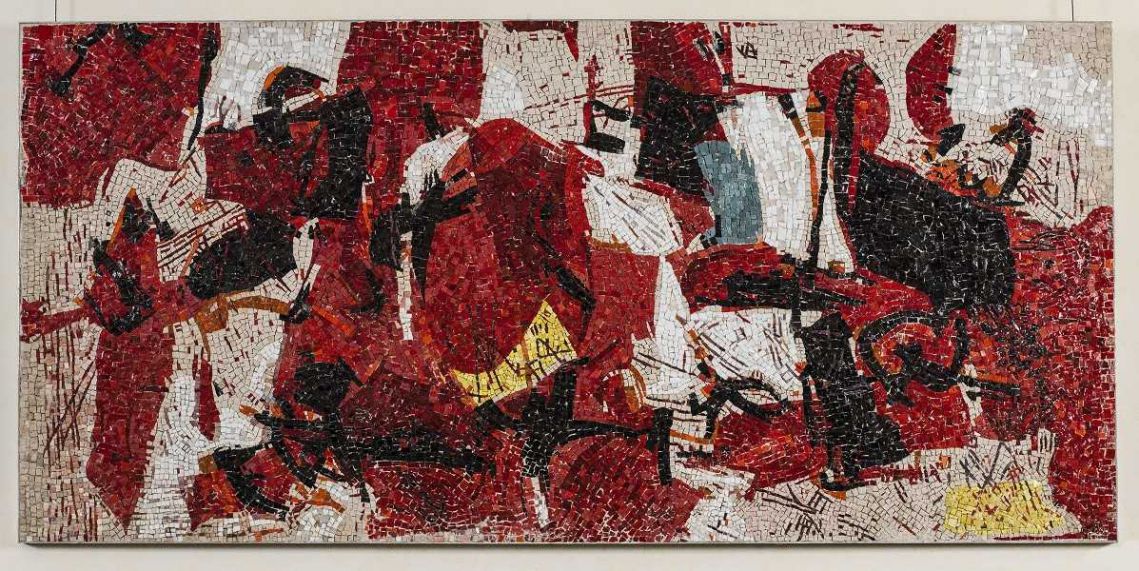