The Vice Minister for Foreign Affairs and International Cooperation, Emanuela Del Re, met via videoconference Teresa Ribeiro, Secretary of State for Foreign Affairs and Cooperation of Portugal. They focused on the situation in the province of Cabo Delgado in Mozambique. Over the last three years, Cabo Delgado (in the north of the country) has been affected by numerous terrorist attacks by a local armed group known as Ahlu sunnah wa jamo (Aswj), which has already caused more than 2000 deaths, as well as a severe humanitarian crisis with hundreds of thousands of internally displaced persons and people without food security.

The commitment of the Italian Cooperation in Mozambique is strong and long-standing. Italy has been present in Mozambique for decades both directly with its own Agency, and through our Civil Society Organisations programmes.

Considering the historical ties of both countries with Mozambique, Del Re and Ribeiro have agreed on the need for Italy and Portugal to work in a coordinated manner bilaterally and within the European Union, as well as involving other regional actors and raising awareness of the international community on the situation in the province. 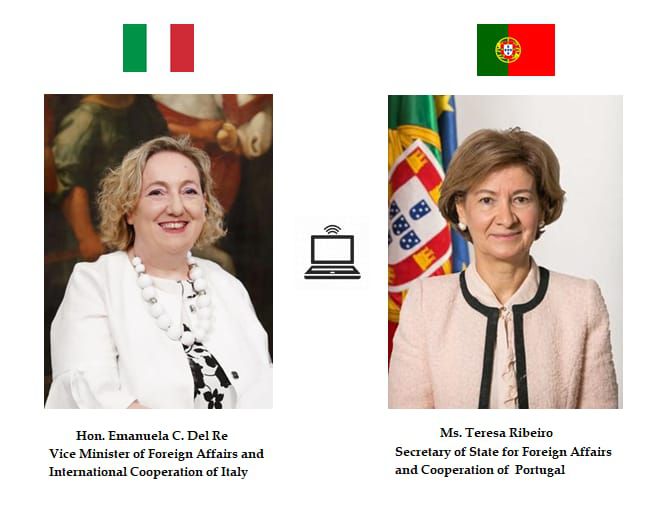