"Italy is consistently at the side of Chile, also in the historical process initiated at the end of last year and which is leading to the elaboration of a new Constitution", the Vice Minister said opening the session, adding: "Our Countries boast excellent relations, cemented in the sad times of the dictatorship by the solidarity between the two peoples, expressed through the support offered to Chilean exiles. On the basis of these shared values and memories, and looking to the future and the enormous challenges we face, we wish to give new energy to the already strong and solid relationship with Chile". The first step the two parties agreed on is to call a Bilateral Working Group next April, focusing on three areas of discussion: infrastructure and agriculture, research and innovation, environment and energy.

Many issues were touched on at the meeting, starting with the impact of the pandemic, regarding which Ms. Sereni and Ms. Valdivia agreed on the need for an international alliance to tackle the crisis, especially in the field of vaccine research. Moving on to the important presence of Italian businesses in Chile, Ms. Sereni emphasised "the wide range of innovative and high-tech investments" associated with this presence, mentioning "the new Enel pilot project for the production of green hydrogen. Italy - the Vice Minister added - confirms its interest in further strengthening the strategic dialogue on energy with Chile".

Ms. Sereni then stressed the need for Europe to relaunch its strategic relationship with Latin America and, in this regard, the importance of successfully concluding the negotiations for updating the EU-Chile Association Agreement.

The parties also touched on several regional issues, and the situation in Venezuela first and foremost, which both countries are closely following (not without a certain concern), also in relation to its humanitarian ramifications.

Last but not least, Vice Minister Sereni referred to the forthcoming organisation, in 2021, of the 10th Italy-Latin America and Caribbean Conference, whose contents will mirror the issues related to "People, Planet, Prosperity" at the centre of the Italian G20 Presidency. 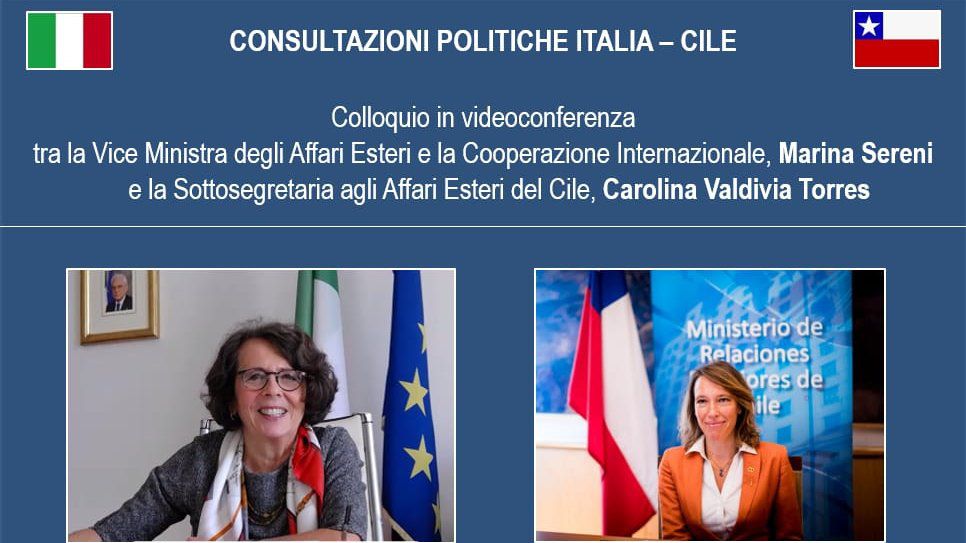