Yesterday, at the Fiera di Roma, the Deputy Minister of Foreign Affairs and International Cooperation, Emanuela Del Re, opened EXCO 2019, the first international cooperation fair with almost 200 institutional and private exhibitors from 45 different Countries. The Fair is addressed to companies and other institutions performing scientific research, technological innovation and training; in particular, to those organisations that are already involved in providing services, products and solutions for sustainable development, also in line with the 17 sustainable development goals of the UN 2030 Agenda. The event is organised by the Fiera Roma, Diplomacy and Sustainaway and also through the active commitment of the Directorate General for Development Cooperation of the Foreign Ministry and the Italian Agency for Development Cooperation (AICS), Directorate-General for International Cooperation and Development of the European Commission and the Rome-based UN Agencies: FAO, IFAD, WFP.

The opening ceremony scheduled speeches by the Deputy Minister Del Re, the Deputy Prime Minister and Minister of Economic Development, Labour and Social Policies, Luigi Di Maio and the Minister of the Environment, and the Protection of Land and Sea, Sergio Costa. The foreign personalities present included the Minister of Planning of Niger, Boulama Kané, the President of  IFAD, Gilbert Houngbo, the Director-General of UNIDO (the United Nations Industrial Development Organization), Li Yong, the Vice President for External and Corporate Relations at the World Bank Group, Sheila Redzepi, and the State Secretary for International Cooperation at the Ministry of Foreign Affairs of Norway, Aksel Jakobsen.

In her speech, the Deputy Minister defined EXCO an "innovative idea to create synergies and partnerships with the corporate world.” “Development Cooperation is the operating arm of foreign policy,” she said, while announcing the government’s commitment to “relaunch a process to adjust the annual development cooperation budget in order to align Italy with the commitments made at international level, namely to reach a 0.70 development aid to GDP ratio by 2030.” Speaking about Africa, the Deputy Minister underscored that it is “a continent that offers very big opportunities, which make it necessary to ‘change perspective’ in order to put it on the par with the rest of the world and enable it to compete thanks to its development potential.”

The visitors to the Fair were illustrated the art installation titled "The Flag of the World 1+1=3", a project by artists Angelo Savarese and Michelangelo Pistoletto. The work consists of 196 canvases painted by Angelo Savarese representing an equal number of national flags, distributed across the world in such a way as to form the symbol of the Third Paradise by Michelangelo Pistoletto.

On Friday 17 May, during EXCO 2019, the Deputy-Minister of Foreign Affairs and International Cooperation, opened the Forum "Co-opera / Towards the next national conference on cooperation and development". The event was open to the public and to the major Italian stakeholders working in the field of cooperation for development and held between the first Coopera National Conference, which took place in January 2018, and the second one scheduled for 2021.

The victims of the Ethiopian Airlines disaster which occurred in March where eight Italian citizens, some of whom were cooperation workers, lost their lives, were commemorated during the event. A moment of silence was devoted to the victims, followed by a short video. "Being committed in the field, in conflict areas, risking one's life, is something that needs to be acknowledged," said the Deputy-Minister.

At the end of the event, the dignitary granted awards to the winners of the EXPONI contest - a national educational competition on global sustainable development issues, which saw the participation of dozens of high schools.

Always on Friday 17 May, the Deputy-Minister delivered the closing speech of EXCO 2019. "This has been a winning strategy. The Farnesina has gladly supported the initiative from its inception and I believe that the foundations have been laid for EXCO to become a yearly event, a forum where Italian and international cooperation players can come together." said the dignitary.

Ms. Del Re underlined that "the fair has offered major opportunities with the presence of political stakeholders and significant national and international organisations." Moreover, "the event has favoured the creation of new partnerships and the implementation of joint initiatives between the various players involved in cooperation, from institutions to academia and civil society, and especially representatives of the private sector which has recently appeared in the world of cooperation but is already a major player," underlined the Deputy Minister. During the three day-event, "significant themes of Agenda 2030 were discussed with a pragmatic approach. This is the main goal and I am pleased to see that it was a recurrent theme in all the panels," highlighted Ms.Del Re, underlining the importance of choosing Rome as venue for the event since it is definitely the "Mediterranean crossroads between Europe and Africa and home to important international organisations." EXCO "will always be a powerful platform open to the world where best practices and projects which can make the difference can be shared," said the Deputy Minister in her closing remarks. 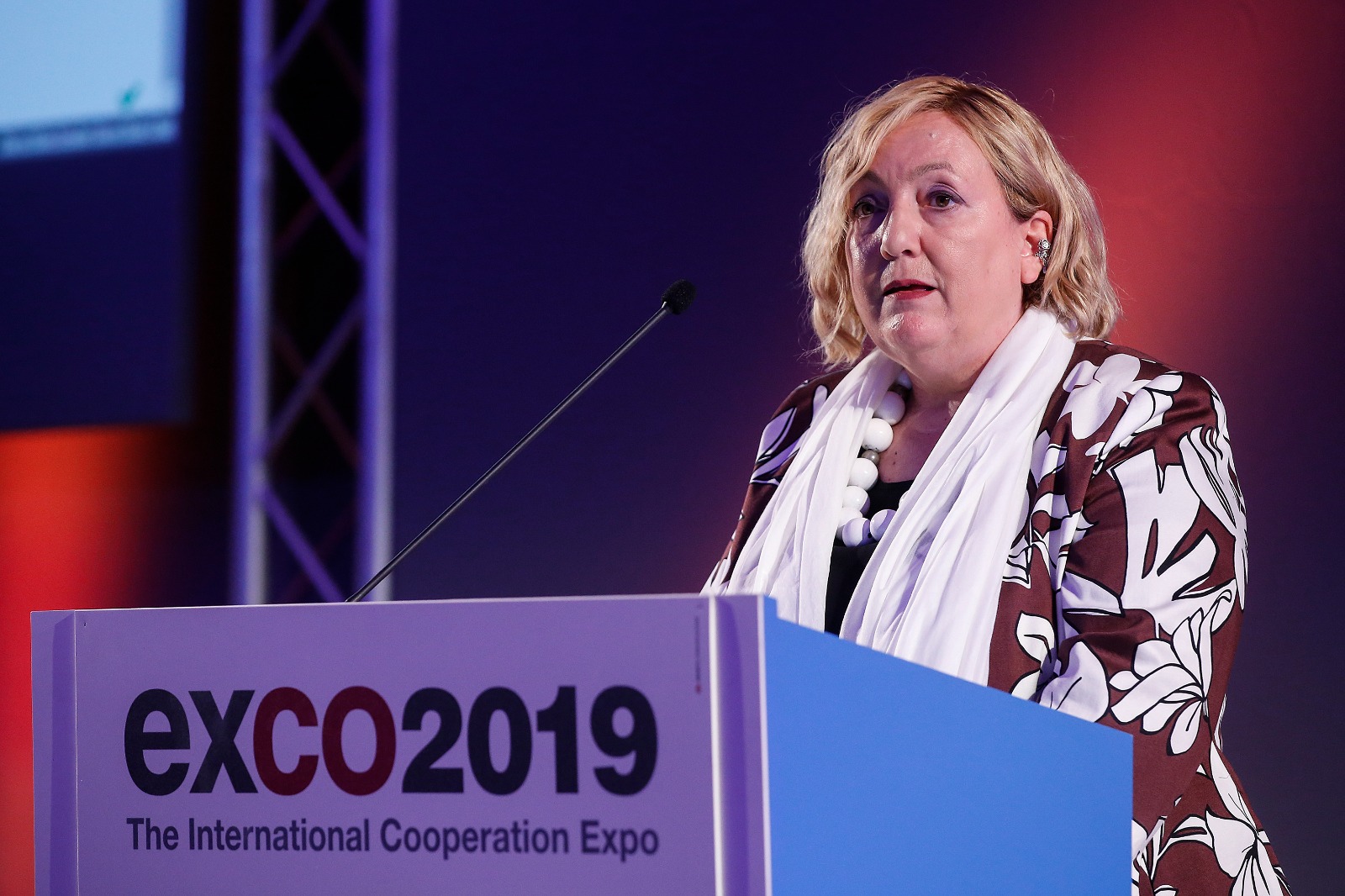 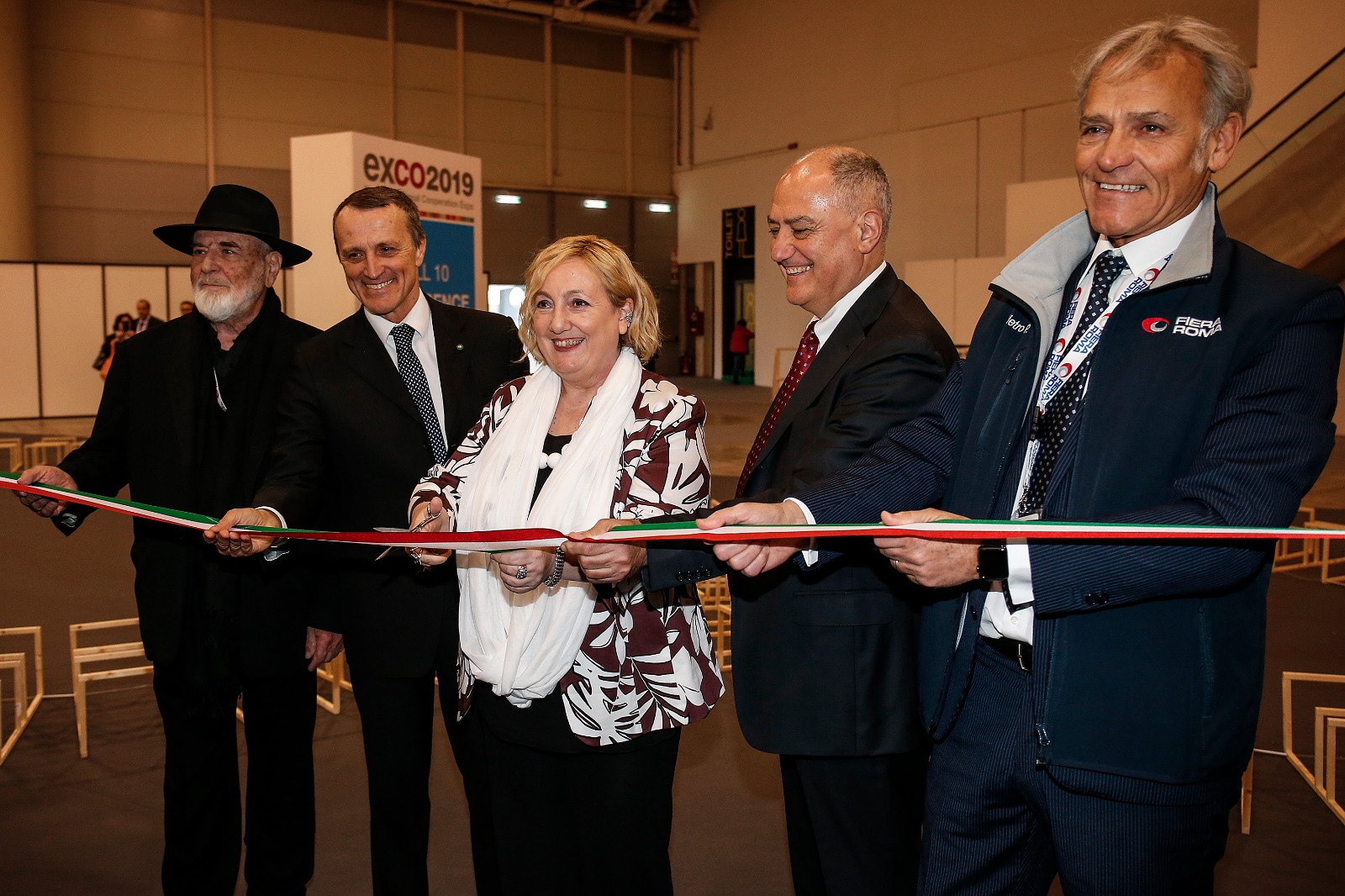 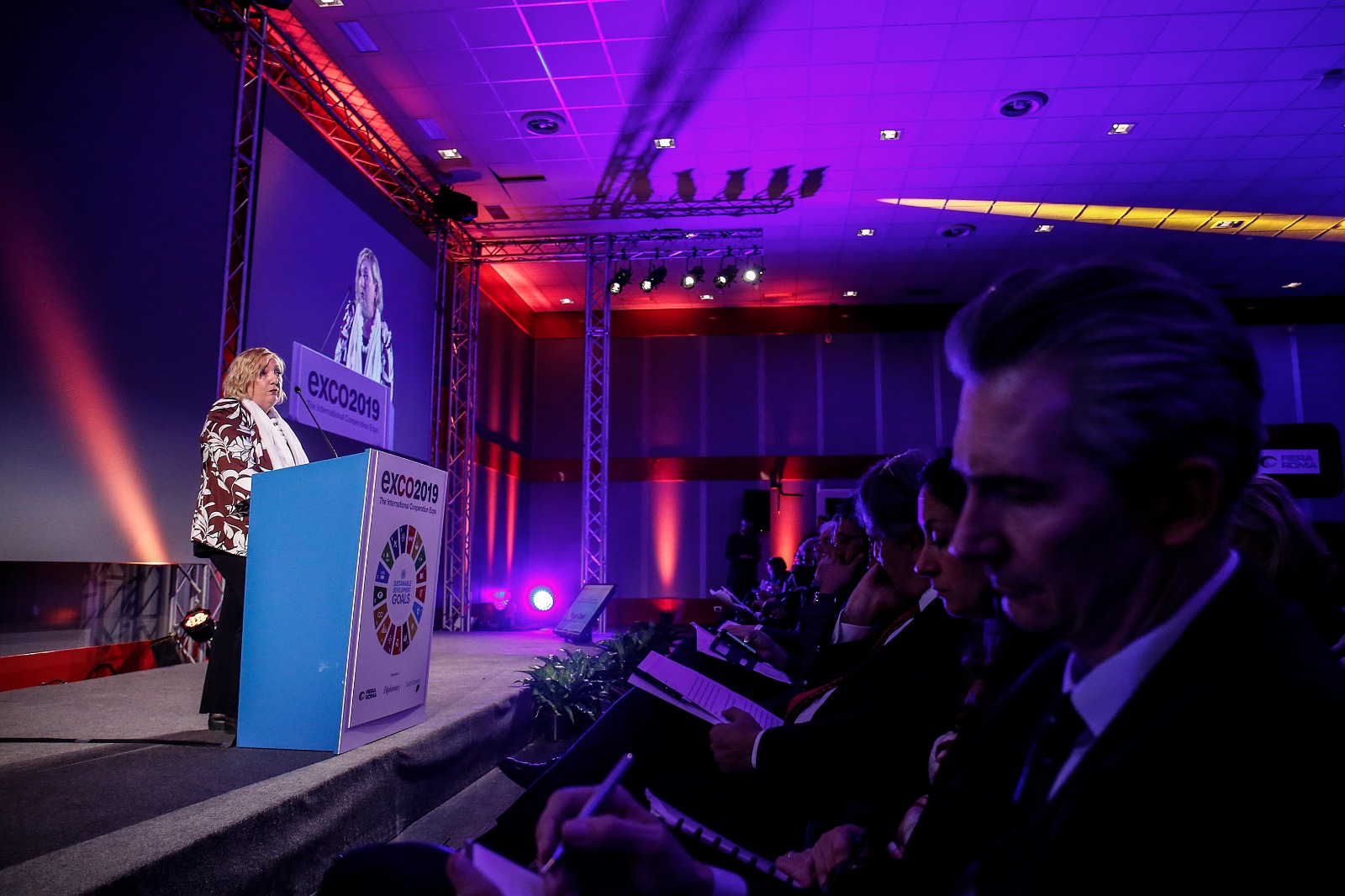