The year 2019 is very important for relations between Italy and Serbia and “must be celebrated in the best possible way”. With these words, the Italian Ambassador to Serbia, Carlo Locascio, together with the Director of the Italian Cultural Institute Davide Scalmati, presented the initiatives developed to commemorate the 140th anniversary of the two Countries’ diplomatic relations and the 10th anniversary of the signing of the Strategic Partnership Agreement between Rome and Belgrade.

The programme of initiatives spans from a dense calendar of cultural events, inspired to the concept of the “Italian Way of Life”, to meetings on innovation, research and economic cooperation that will be crowned by the participation of Italy as Partner Country in the important agricultural fair in Novi Sad in May. The highlight of the cultural calendar of events scheduled at the beginning of the year will instead be the opening of “La scuola di Bernini e il Barocco romano” (“The School of Bernini and the Roman Baroque”), an exhibition that will run from 7 March to 26 May at the National Museum in Belgrade.

Director Scalmani commented that, in the field of culture, the aim is not only to present an extremely rich and varied ‘Showcase Italy’ but also to stimulate cooperation, so as to “do something together, we and the Serbs”. The events scheduled include, among others, an exhibition-performance dedicated to Dario Fo at the National Theatre in Belgrade (13 February), a performance by the Italian dance company Spellbound at the Belgrade Dance Festival (25-28 March), a concert by Eros Ramazzotti at the Stark Arena in Belgrade (24 September), a performance by Isabella Rossellini in the Link Link Circus in Belgrade (in November).

“The relationship between our two Countries is solid and has grown in the past few years, both in economic terms and through our cultural cooperation,” said the Ambassador, highlighting how in 2018, trade between Italy and Serbia hit a first-time record high of more than 4 billion euros. 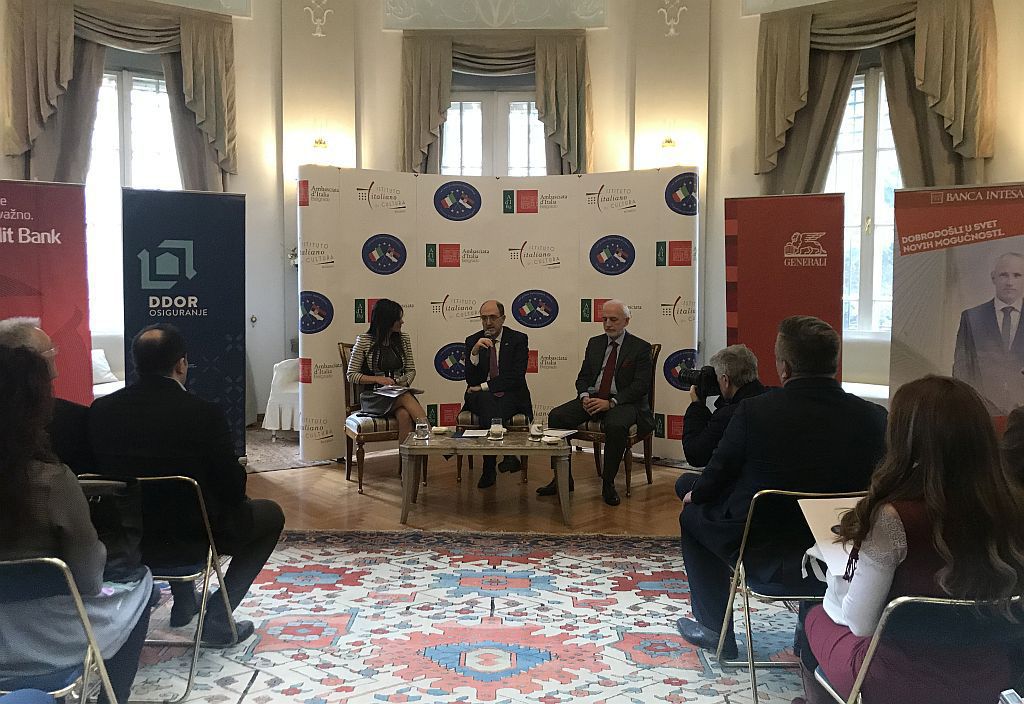