"Italy is in the front line in Sudan in the fight against the malnutrition of pregnant women, young mothers and children under the age of five and to improve the healthcare system of the Country so as to ensure access to quality healthcare services to as many people as possible", said Italian Ambassador Fabrizio Lobasso during the inaugural ceremony of the Operational Nutrition Unit at the University Obstetrics Hospital of Port Sudan, the largest among the Red Sea States.

The event was attended by Amad Abdu Rabu, Director General of the Ministry of Health, Abdallah, Director of the Hospital, Ali Ahmed Hamidt, Governor of the Red Sea State and Vincenzo Racalbuto, representative in Khartoum of the Italian Agency for Development Cooperation - AICS .
The Italian Cooperation system assigned to the AISPO NGO a nine month emergency initiative, worth in total some 350,000 euro, designed to face the local population's severe and moderate malnutrition and to rehabilitate the semi-intensive therapy unit of the hospital. In particular, the initiative envisaged training courses on nutrition and on the use of semi-intensive therapy equipment for 65 gynaecologists, nurses and obstetricians, an increase in the number of beds for patients with nutritional problems, verandas and also sewers to limit the risk of infection. Some 12,172 pregnant women, women who have just given birth and children under the age of five are the recipients of the program which also envisages the purchase and supply of medicinal products.
The initiatives taken in the healthcare sector, from 2015 to date,  are an example of the successful cooperation between Sudan and Italian Cooperation which is one of the leading donors in the Country. In 2017, 60% of the funds were earmarked for the healthcare sector.  The bilateral and multilateral initiatives in this sector that have been approved and are currently being implemented amount to some 43 million euro.

The representative of the AICS headquarters in Khartoum, Vincenzo Racalbuto, recalled that besides making available the healthcare services that the population greatly needs, the Italian Cooperation system is engaged in three other States, Gedaref, Kassala and Khartoum to improve the primary and secondary healthcare system and rehabilitate the healthcare facilities. The Director General of the Sudanese Ministry of Health, Amad Abdu Rabu, expressed his heartfelt thanks to Italy and to the Italian Cooperation system for the work it has done "which - he said - makes us proud for being able to meet the population's health needs".

The Operational Nutrition Unit, inaugurated at the Port Sudan hospital, is in line with the role of Donor Covener of Italy within the framework of the UN Scaling Up Nutrition Program (SUN), a global movement that formed in 2010 to give renewed momentum to the fight against malnutrition and to the achievement of Objective 2 of the 2030 Agenda that seeks to "put an end to hunger, achieve food security, improve nutrition and promote sustainable agriculture".

Furthermore, during the inaugural ceremony, diplomas were delivered to 20 teachers of the Academy of Medical Sciences who attended an IT training course organized by AISPO and by the University of Sassari and funded by AICS to upgrade their skills to handle the new IT technology. 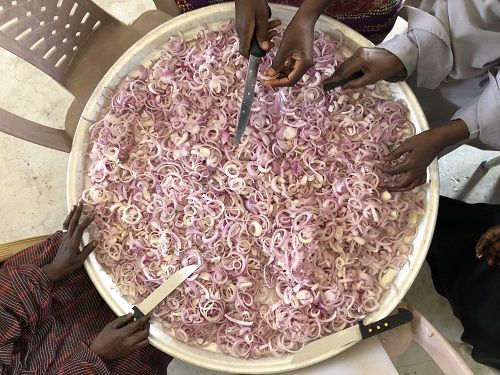