The Italian Embassy in Luxembourg, together with the Rector of the University of Luxembourg, the Minister of Finance, Pierre Gramegna, and other eminent Italian-Luxembourgers, presented a “poster session” at the Bâtiment des Sciences yesterday displaying the work of a large number of Italian researchers and scientists in Luxembourg who contribute to introducing innovation in industry, human and social sciences, natural sciences, technology, engineering and mathematics.

It was the first time that more than forty researchers trained in Italian schools of excellence united to form a network and, thanks to their capacity to compete and emerge, are showing to the Grand Duchy of Luxembourg the importance of mobility in order to share and expand knowledge and extend horizons beyond borders.

Ambassador Rossella Franchini Sherifis addressed them warm words of appreciation for their professionalism and creativity, which is a great pride for Italy: “I hope that your mutual acquaintance can evolve into new support and cooperation efforts also in Luxembourg.” When commenting last week’s inclusion on “Nature Index” of two Italian professors (Silvia Marchesan from the University of Trieste and Giorgio Vacchiano from the State University of Milan) among the emerging young researchers who are leaders in their field, Ambassador Franchini went on to recall that Trieste (where the “Trieste Next” scientific research festival is due to open this weekend) has been designated European Capital of Science 2020. “The hope that I express to all of you is to look with enthusiasm at the goals to achieve in a world that increasingly needs your commitment and your passion,” the ambassador concluded.

The event highlighted the ingeniousness of those who open new paths in academic circles and specialised laboratories and of those who develop innovation in the economic world of business: from satellite operator S.E.S. to LuxSpace (OHB Group), from Amazon to Husky, from Ferrero to Goodyear, as well as the start-up incubator Tecnoport Luxembourg, in which the Italian multinational Guala Closures Group has set up a Research and Development Unit for new materials. Also Luxembourger and European institutions, from Statec to the Central Bank of Luxembourg, from Eurostat to the European Court of Justice, employ Italian researchers. The public at the event included numerous representatives of major Luxembourg-based agencies and members of spearheading business sectors in the field of innovation interested in Luxembourg’s market. 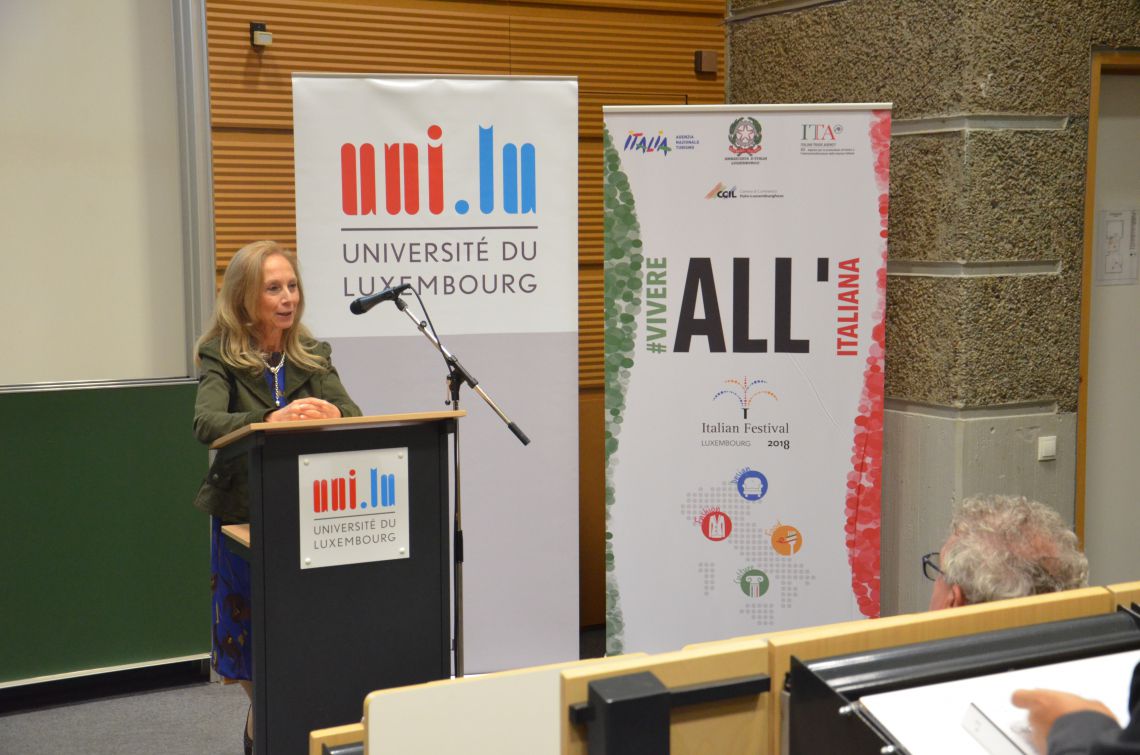