Italian researchers in America engage in favour of longevity

The Italian Scientists and Scholars in North America Foundation (ISSNAF), whose membership counts 4,000 out of the 15,000 Italian researchers operating in this part of America, dedicated its annual congress, which was held in Washington, to the impact of research, economics, artificial intelligence and robotics on longevity. The Congress, which was held at the Italian Embassy under the High Patronage of the President of the Republic, also offered the opportunity to celebrate the Foundation’s 10th anniversary.

In opening the Congress, the Italian Ambassador in Washington, Armando Varricchio, underscored how improving the quality of life is a very important topical issue both at national and international level. He said: “It is an area in which Italy and its scientists can vaunt an extraordinary experience, capable of spearheading new scientific achievements on aging.” Ambassador Varricchio went on to recall the upcoming signing of the Bilateral Agreement for Scientific and Technological Cooperation and stressed the key role played by Italian scientists and researchers in the area of innovation and of research and technology in general, and in further strengthening the ties between Italy and the United States. The Congress also offered the opportunity to confer the ''ISSNAF Lifetime Achievement Award'' to neuro-scientist Emilio Bizzi, a researcher and professor at the Massachusetts Institute of Technology, and to award special recognitions to another five Italian researchers working at North American universities and research centres on different types of leukaemia, cognitive biosciences, mathematics, physics, engineering, environmental sciences, astrophysics and chemistry. Finally, a round table panel discussed using technology to foster a healthy and active aging process. Messages of appreciation and encouragement were addressed to Italian researchers also by Marco Bussetti, the Minister of Education, University and Research, and by the Minister of Health Giulia Grillo. 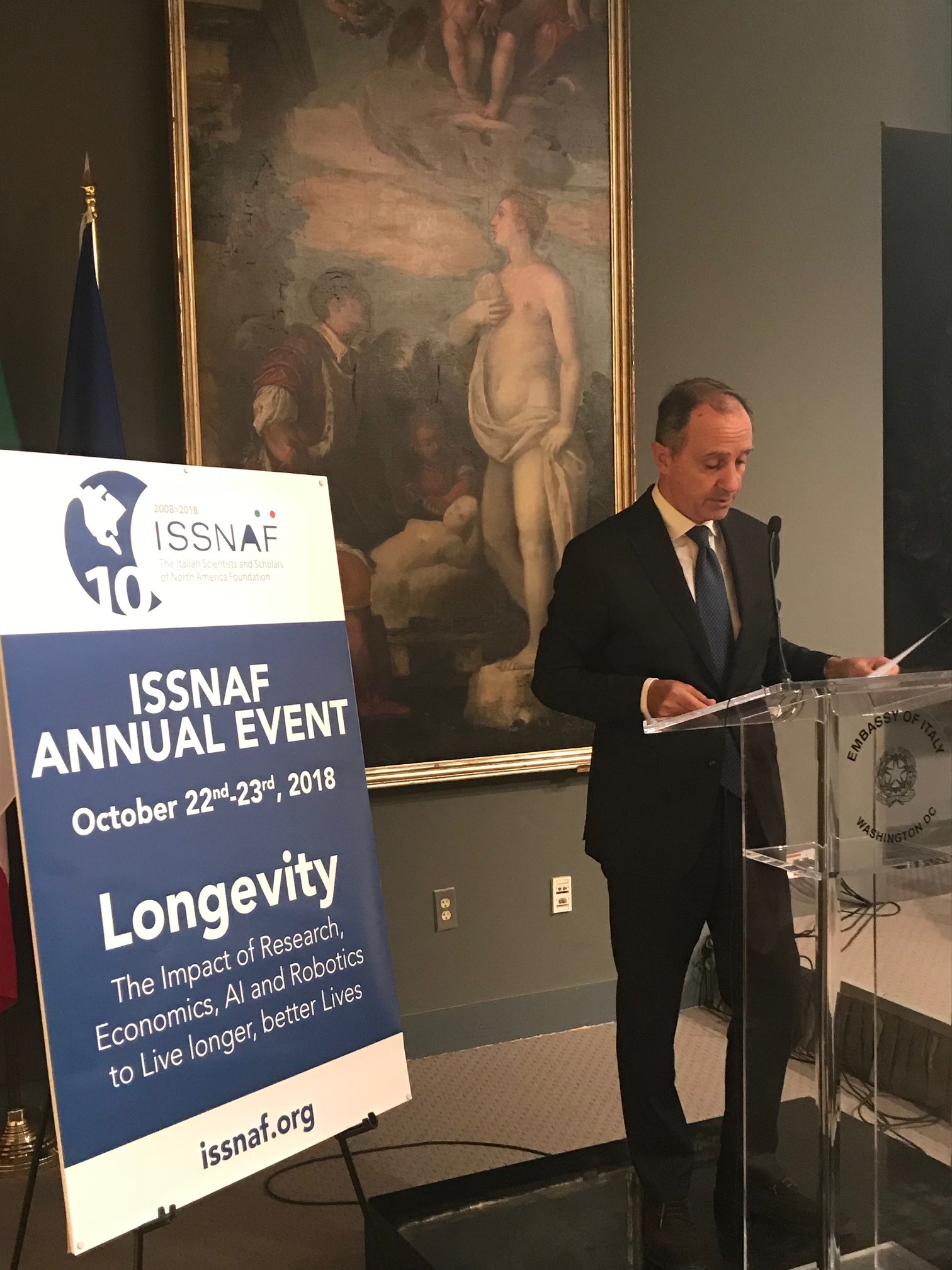