Opening in Beijing of the series of concerts "L'Opera prima dell'opera'"

The cycle of concerts called "L’Opera prima dell’opera”, has opened in Beijing. It presents to the Chinese public previous versions of works in the Italian tradition, such as "The Barber of Seville" by Giovanni Paisiello, which came out 34 years before the more famous "Barber of Seville" by Gioacchino Rossini. Many of the more famous and popular works of opera have previous versions which are often of great artistic and historical value. Yet, many of these works, which are almost completely unknown to the public, had a great influence on what we now recognise as great masterpieces. This is why the series of concerts, "L’Opera prima dell’opera", was organized by the Italian Institute of Culture in Beijing, in collaboration with the National Centre for the Performing Arts (NCPA) and the Chigiana Music Academy. The concerts  operned at the National Grand Theatre (NCPA), the most prestigious theatre in China, with "The Barber of Seville" by Giovanni Paisiello, a co-production with the Italian Institute of Culture, in which the singers of the prestigious Chinese national theatre worked with the young talents of the historic Accademia Musicale Chigiana. The concert featured some of the emerging artists who trained at the Siena Music Academy such as Diego Savini (Figaro), Fiorenza Maione (Rosina), Alessandro Martinello (Bartolo), along with bass Ran Xiaoyu (Basilio) and tenor Kou Jing (Count of Almaviva). The singers were accompanied by Richard Baker at the harpsichord and by the strings of the NCPA, with the first violin of Maria Diatchenko of the Accademia Musicale Chigiana. Although more traditional than the Rossini version, Paisiello's work attracts with its melodic richness and theatrical coherence of the story taken from a comedy by Pierre-Augustin Caron de Beaumarchais. Paisiello's work was a great success with the public and with the critics before being obscured by Rossini's version, which became one of the most well-known and loved operas staged throughout the world. 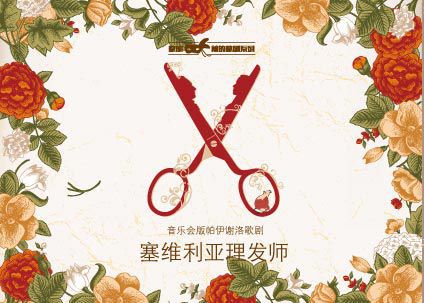