Italy takes centre stage at the 44th edition of FOODEX Japan, the most important agri-food fair in Asia. Thanks to the commitment of ICE Agency, numerous Italian companies were welcomed to the Fair by Italian Ambassador in Tokyo, Giorgio Starace. The 2,000 sq. m Italy Pavilion is the largest and most impressive and hosts almost 190 companies from 16 Italian Regions. Ambassador Starace said: “There are all the preconditions to repeat the extraordinary success of 2018. The 2019 edition of FOODEX comes in the nick of time, only one month after the coming into force of the historic EU-Japan Economic Partnership Agreement. Confirming the support that the Embassy assures to our companies, and especially to SMEs, this year too we have organised an outstanding session of B2B meetings on the sidelines of FOODEX”. These meetings are expected to be attended by more than 170 representatives of approximately 100 Japanese businesses, including importers, representatives of large local groups, of Large Distribution and of the Retail e Food Service.

According to Japan’s Finance Ministry, Italian agri-food exports to Japan grew 3% in 2018, reaching a total value of 109,070 million Yen (slightly under 1 billion Euros and almost one tenth of Japan’s total imports from Italy). 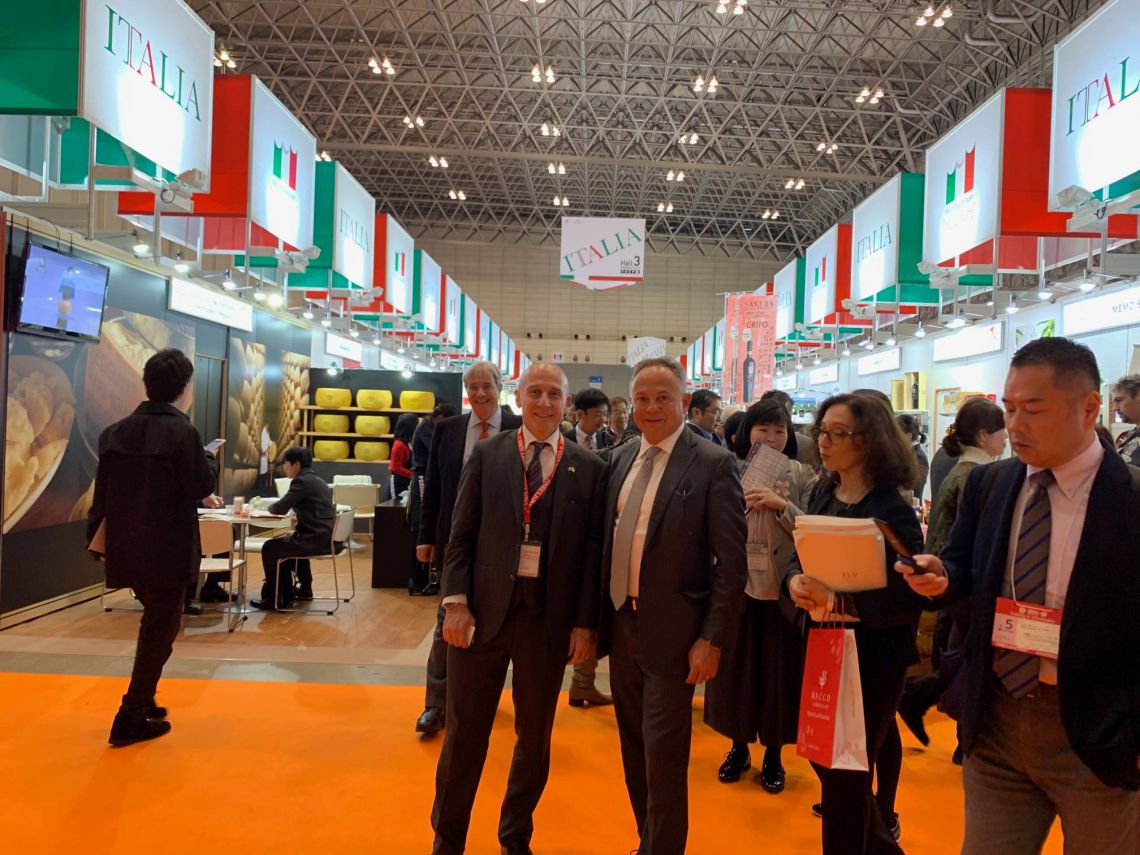