‘The Land of Earthworms’ at the Theatre Festival of Albuquerque

‘The Land of Earthworms’, a project developed by Chiara Guidi, aims to talk to children about death through the tragedy of Alcestis, staged as a form of open theatre also involving the little spectators. The performance was organised at the Elisabeth Waters Center for Dance as part of the Revolutions International Theatre Festival of Albuquerque, in partnership with the Italian Cultural Institute in Los Angeles.

The project focuses on the work that earthworms, blind and deaf, carry out day after day to dig up the soil. From deep down in the ground, they carry little heaps of soil up to the surface, lifting the ground and transforming the landscape, and they bury a host of ancient objects, preserving them. However, in order to observe them it is necessary to go underground, an impossible feat for human beings. And this is where the story of Alcestis comes in, as she accepts to die in the place of her husband Admetus, and descends into the bowels of the Earth. But Heracles will come to her rescue and bring her back to the surface.

The American preview was organised by the Societas Raffaello Sanzio in conjunction with the Theatre and Dance Department of the University of New Mexico and with the Tricklock Company's Global Corridor.

The Italian Consul General in Los Angeles, Silvia Chiave, on an official visit to New Mexico accompanied by the Director of the Italian Cultural Institute in Los Angeles, Valeria  Rumori, attended the opera première that opened the Revolutions International  Theatre Festival. 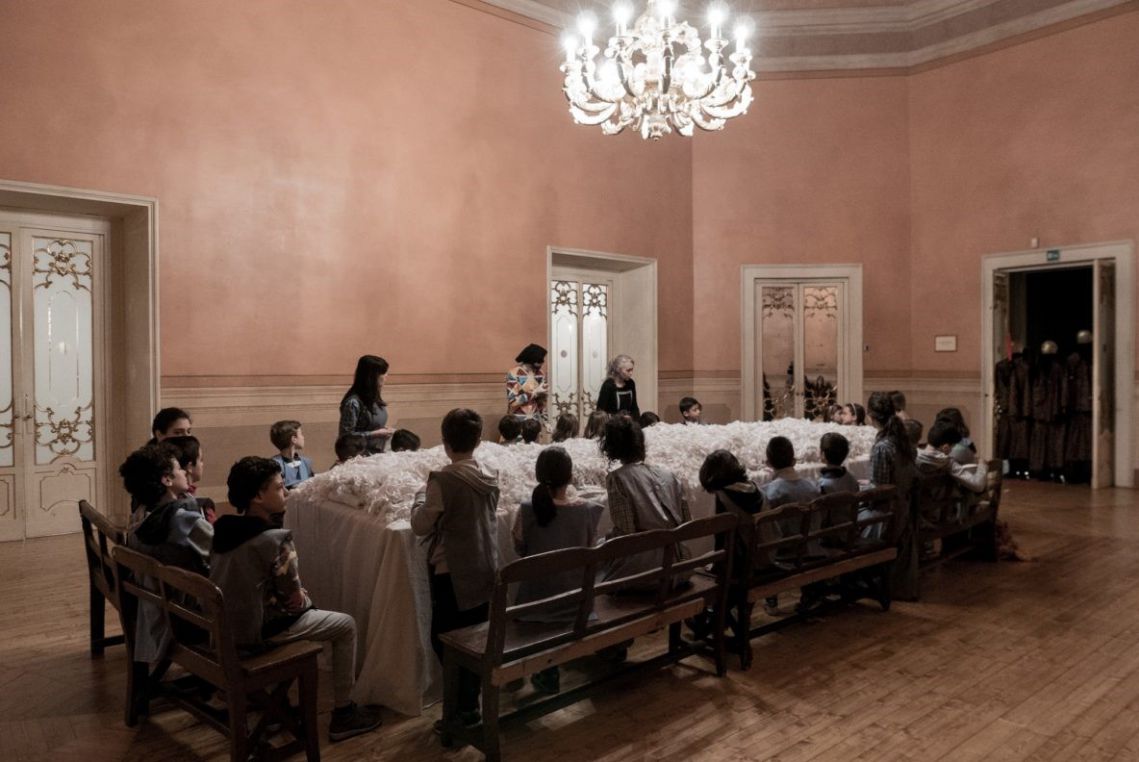