The Italian Ambassador to Japan, Giorgio Starace, and the Consul General in Osaka, Luigi Diodati, inaugurated the new headquarters of the Italian School of East Asian Studies (Iseas) in Kyoto. The institute moved to the Ecole Francaise d'Extreme Orient (Efeo) with which it has worked closely for years, including in the field of research. During the opening ceremony, Ambassador Starace underlined the role played by the Università degli Studi di Napoli L'Orientale and other universities in the Campania region which provide financial support to Iseas (Federico II University of Naples , University of Campania, University of Naples Parthenope, University of Salerno, University of Sannio). He then reiterated the importance of cooperating with the Efeo as an example of a European-based synergy. The opening of the new headquarters provided the opportunity for a day of study and interaction between Italian scholars and researchers in a wide variety of scientific fields -  theatre, literature, law, history, philosophy, religions, international relations and history of ideas.  Rebecca Suter of the University of Sydney, Alessio Patalano of King's College in London and Giorgio Amitrano of the Orientale University of Naples, who chairs the Scientific Committee of Iseas, also took part in the conference. 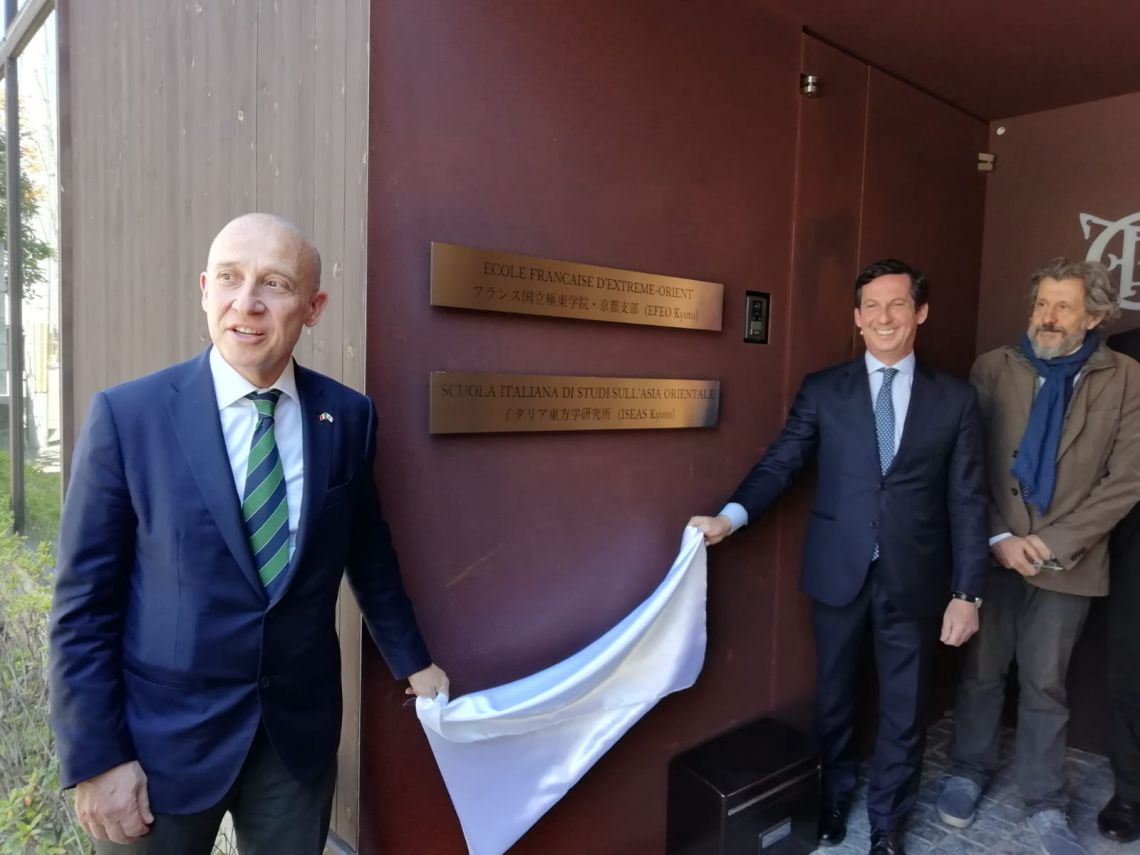 Embassy of Italy in Tokyo