Kampala hosts the presentation of 'Call me Giuseppe, a book on Father Ambrosoli

The Italian Embassy in Kampala, in Uganda hosted the presentation of a book dedicated to Father Giuseppe Ambrosoli and entitled ‘Call me Giuseppe’ . The book, which was published with the support of the  Ministry of Foreign Affairs, tells the story of the Italian doctor and missionary who dedicated his life to Uganda where he lived till the end of his days tending to the poor. Son of the founder of the renowned Italian honey-making company, Giuseppe Ambrosoli chose to become a medical doctor and moved to Kalongo, in Uganda, when he became a Combonian priest. It  was in Kalongo that he helped to set up a hospital.

“Uganda still cherishes his memory more than 30 years since his death. Father Ambrosoli is well remembered both in local communities and among the Italians living in Uganda,” said the Italian Ambassador to Uganda, Domenico Fornara. He went on to add: “ The book 'Call me Giuseppe’ is a beautiful human story, a journey through the life of this extraordinary man and a reflection on the legacy he left behind”. As many speakers pointed out, Father Giuseppe Ambrosoli can be considered as the most significant example of the friendship between Italy and Uganda. He devoted himself with great generosity to the Acholi people that he called “his people”. He sacrificed his life to continue to care for them. He passed away, aged 65, because of a kidney condition  he failed to treat. The Catholic Church has included him among its Venerables. The presentation of the book was attended, among others, by Hillary Onek, Minister for Refugees, Giovanna Ambrosoli, director of Fondazione Ambrosoli, Alfredo Mantica, former Foreign Affairs Undersecretary, Simone Perrotta and Damiano Tommasi, former Italian national footballers. At the initiative of the Italian Embassy in conjunction with the Cultural Association of Italians in Uganda, the book was also presented at the Ambrosoli international school in Kampala. 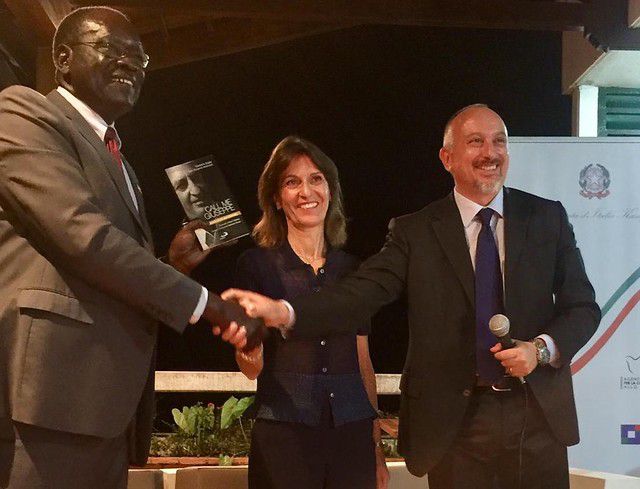 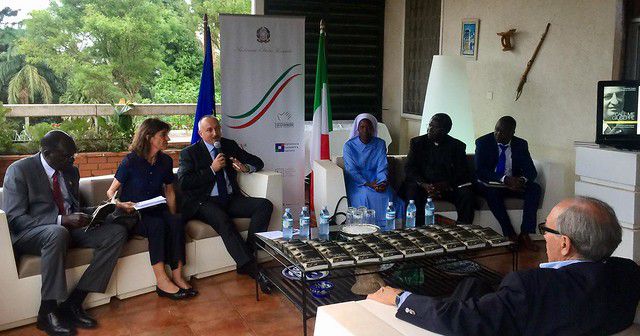