A web platform to facilitate networking between Italian researchers, scientists and professionals engaged in innovation activities in Luxembourg was launched on the initiative of the Italian Embassy on the occasion of the day of Italian Research in the World.

The ambassador's residence hosted the initiative that brought together researchers and professionals who, since last autumn have been working with the Embassy and with the University of Luxembourg to form the core of an Italian scientific community in the Grand Duchy.

The project is directed towards three major areas: scientific research and applied technologies in the fields of industry, design and contemporary art, economics and social sciences. Instead of collecting the various contributions in a volume, it was decided to opt for setting up a flexible tool. This is how the ItIN.lu web community platform (Italian Innovators Network Luxembourg) was born.

In the introductory presentation, Ambassador Rossella Franchini Sherifis pointed out that Leonardo da Vinci's highly versatile Renaissance genius, which inspired the research day, "is evoked on the screen that provides access to the site with the image of the Vitruvian man". The ambassador also recalled the words of the President of the Republic Sergio Mattarella who underlined the unity of humanistic and scientific-technological knowledge.
The first test bench of the new computer tool will be an event for the 500th anniversary of Leonardo's death that the Embassy is organizing for September 17th at the Museum of Contemporary Art MUDAM. Ideas and projects under development will be presented to the public as well as projects that have already been implemented. 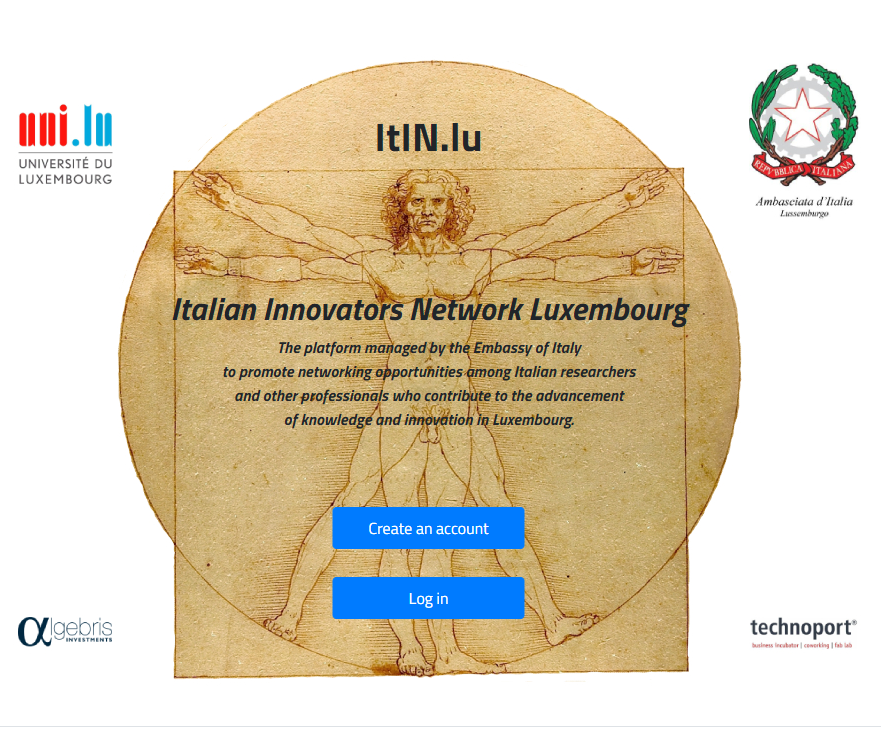