Ukraine. Kharkiv Hosts "Leonardo e la luna" a series of events to celebrate the italian research day in the World

The Italian Embassy in Kiev and the National University V.N.Karazin, with the support of the Institute of Radio Astronomy of the Ukrainian Academy of Sciences, the National Astrophysics Institute and the Italian low-cost carrier Ernest Airlines, have organised an event entitled 'Leonardo e la Luna' (Leonardo and the Moon) to celebrate the Italian Research Day in the World.

The event, which is at its second edition, will take place on 24 May in Kharkiv . It features several meetings and debates and enjoys the contribution of Professor Massimo Capaccioli, author of scientific texts and scientific consultant of the Italian Embassy in Kiev. He was the director of the Capodimonte Astronomical Observatory from 1993 to 2005 and former president of the Italian Astronomical Society.

Thirty Italian and Ukrainian scholars and journalists will gather together to attend a conference that is meant to celebrate two major milestones in the history of human knowledge: the 500th anniversary of Leonardo da Vinci's death and the 50th anniversary of man's landing on the Moon. "The celebration of such significant anniversaries draws inspiration from Leonardo, a man embracing the breadth of European culture. It is an opportunity  to enhance our cooperation with one of the best Ukrainian organisations in the field of astrophysics and radio-astronomy, with whom we have a long standing relation," said Ambassador Davide La Cecilia.

The rich program of events will enjoy the participation of members of  Italian and Ukrainian institutions, universities and research institutes. Rosa Brusin, the Italian journalist of the news reel 'TGR Leonardo',  will highlight the achievements of the Italian genius alongside those of prominent Ukrainian personalities as the physicist Lev Landau and the artist Ilya Repin. 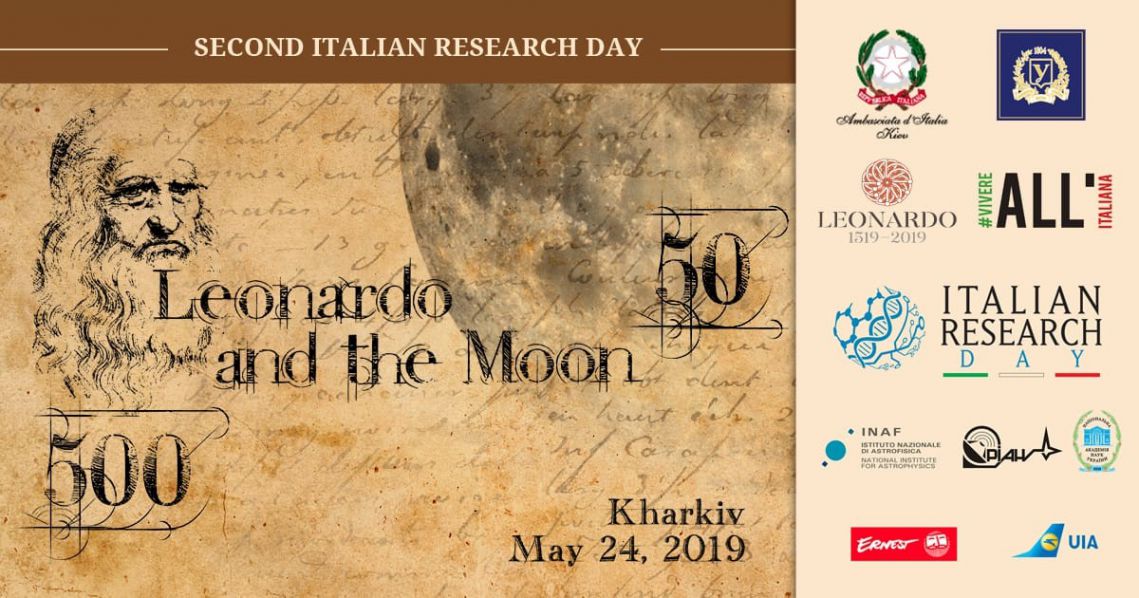