The viola and guitar music duo formed by Simone Gramaglia and Luigi Attademo, performed in Duress within the framework of the third edition of the International Guitar Festival of Tirana through the collaboration with the Italian Cultural Institute. The programme offered by the well-established instrumental duo that often performs both in Italy and abroad, raising great curiosity among the audiences because of the unusual instrumental combination of viola and guitar, included music by Bach, Paganini and Schubert.

The duo comprises two talented musicians: Simone Gramaglia plays the viola in the Quartetto di Cremona, an ensemble with which he has been playing around the world for the last fifteen years, and is considered to be a point of reference for his generation. Luigi Attademo started his artistic career after winning the third prize at the "Concours International d'Esecuzione Musicale" in Geneva in 1995. Born in the school of the guitarist-composer Angelo Gilardino, he is considered to be one of the greatest guitarists of his generation. 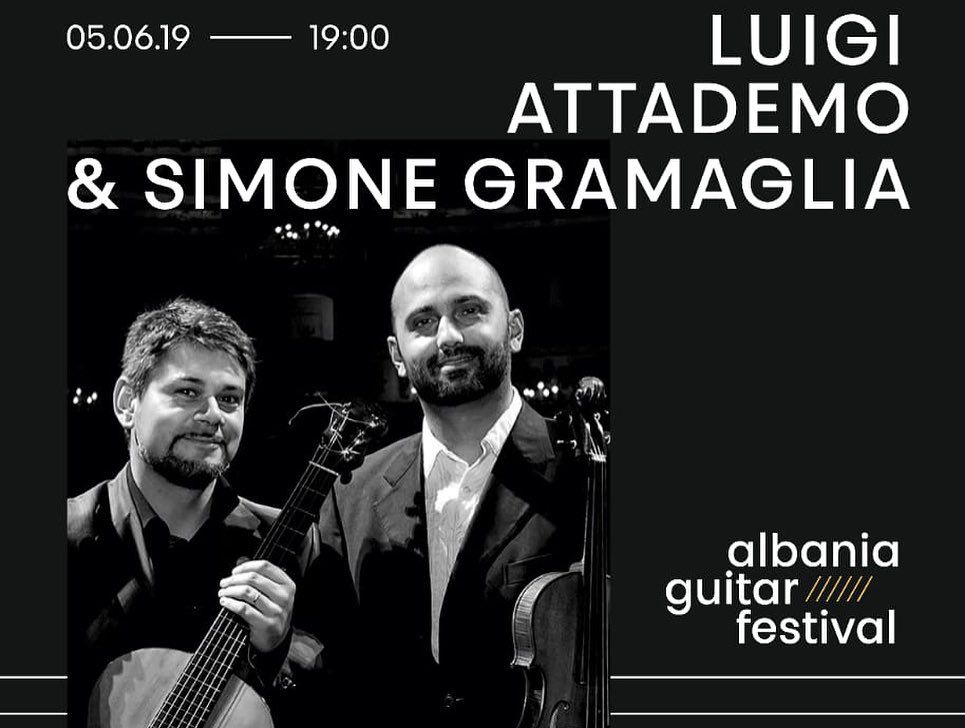