Maeci
The Coronet Theatre in Notting Hill, London, plays host to the Italian Theatre Festival. Organised by the Italian Cultural Institute in London the Festival, which is at its second edition, is meant to celebrate some of Italy's most distinguished playwrights and actors.
The 2019 edition opened on  Friday, 7 June with "Three Italian Short Stories" by Elsa Morante, Natalia Ginzburg and Fabrizia Remondino and performed by Greta Scacchi, Alessandra Vanzi and  Lucy Russell. Later in the day Fabrizio Gifuni played in 'Remember Me', a homage to Shakespeare's Hamlet. On 8 June, Giuseppe Battiston performed 'Winston Vs Churchill', Carlo G. Gabardini's portrait of the man and the politician. Marco Paolini's 'Odysseus Filò', a reflection on the character of Ulysses, was the Festival's last piece.
The Italian Cultural Institute also offered a preview of the Festival in its venue by screening Andrea Segre's film 'L'ordine delle cose' [The Order of Things]. A debate with the film director and the screenwriter Marco Pettenello followed featuring also a short monologue by Giuseppe Battiston.
The Festival is the first of its kind that the Institute ever organised in London. It is the result of a process that started more than a year ago with a number of meetings, conversations, readings and performances. The initiative gave British theatre audiences an opportunity to meet Italian actors, screenwriters and film directors. At the same time it was also a chance for the Italian talents to exchange views and experiences with British contemporary drama artists. Hence, the  decision, which was warmly supported by the Institute's Director Mario Delogu, to make these events into a Festival, whose first edition took place last year in August. 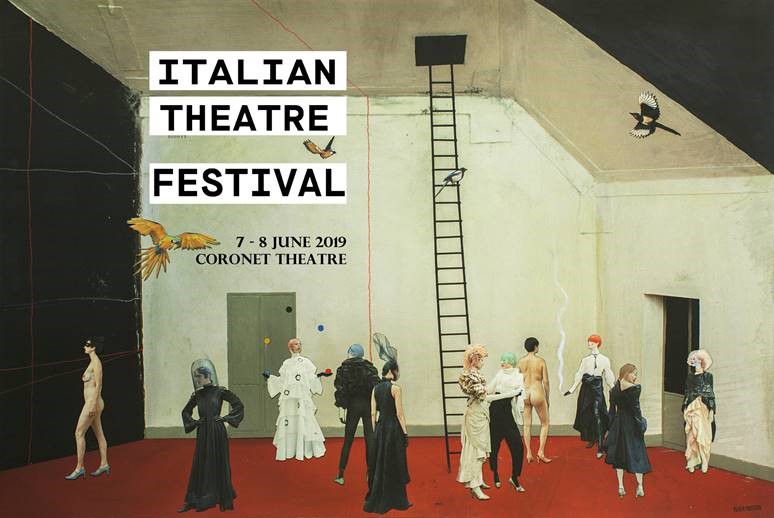