"Europe would not exist and does not make sense without Greece and Italy." This is the meaningful way in which maestro Riccardo Muti closed the 'Paths of Friendship' concert in Athens that was held at the Herodes Atticus Theatre. Muti conducted Beethoven's Symphony No. 9 performed by young Italian and Greek musicians from the Luigi Cherubini Youth Orchestra, the Athens State Orchestra, the State Orchestra of Thessaloniki, the National Symphony Orchestra, the Choir of the Greek state television channel ERT, the Costanza Porto Choir and the Symphony Orchestra and Choir of the City of Athens. The event was part of the "Tempo Forte Italy and Greece 2019" summer playbill, an initiative put in place thanks to the collaboration between the Ravenna Festival and the Athens and Epidaurus Festival, and sponsored by the Italian Embassy in Athens. The wife of the President of the Republic of Greece, Mrs Pavlopoulos, was in the audience to give maestro Muti a round of applause. 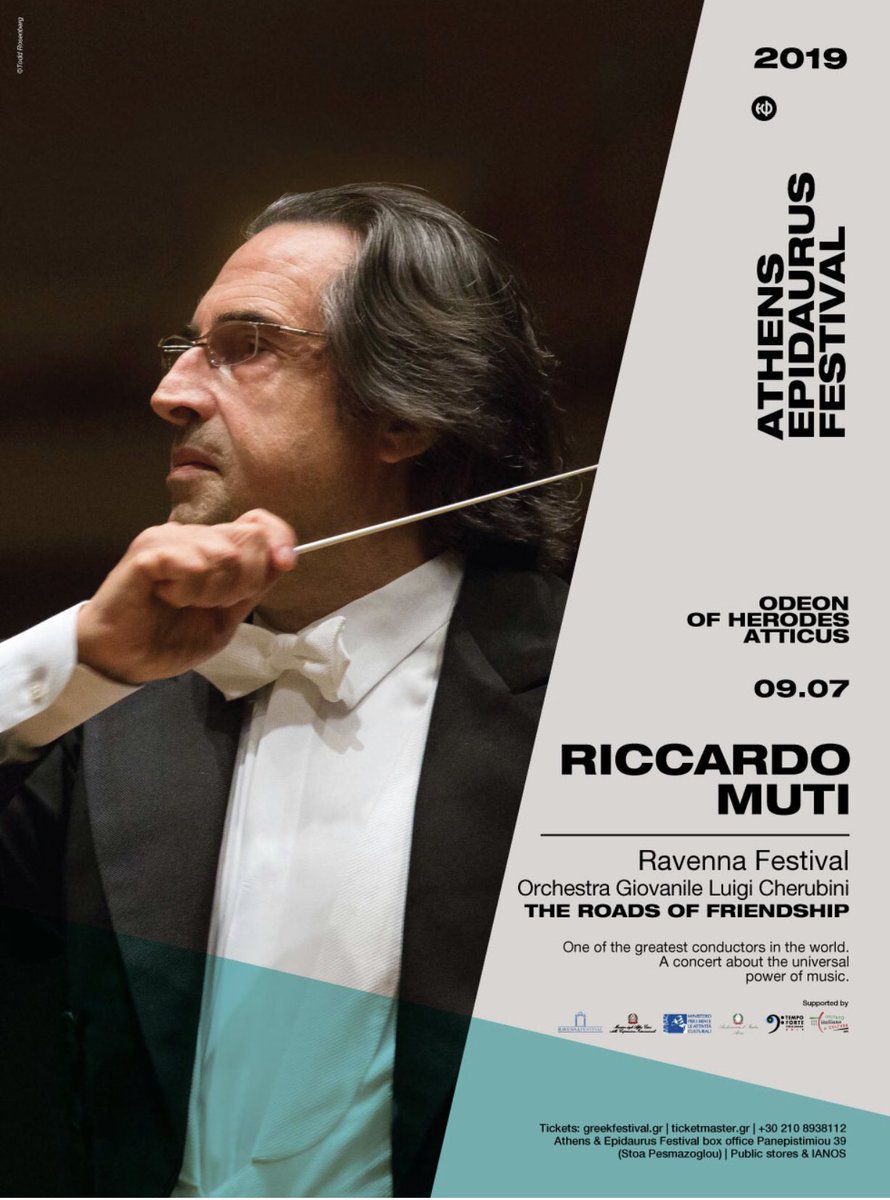