Maeci
​"Although Leonardo's heritage is a universal value, we Italians feel very proud of his roots," said Italian Ambassador to Israel, Gianluigi Benedetti while opening the exhibition entitled 'Leonardo's questions' at the Bloomsfield Science Museum in Jerusalem. The event, which commemorates the 500th Anniversary of the master's death, was organized in cooperation with the Italian Embassy and the Italian Cultural  Institute in Tel Aviv. A statement by the Museum reads:"The focus of  the exhibition is Leonardo's insatiable curiosity. Many people believe he is 'the most curious person in the world'. From his early childhood days to adulthood, he was always true to a three-pronged method: asking, observing and recording." This is why the exhibition features more than 40 installations and displays, many of which are interactive and are meant to invite visitors to ask questions, to experiment and to 'step into Leonardo's shoes' in four different areas and namely anatomy and the human body, botany and geology, flight, mechanics, optics and drawing. "Because of the many different interests Leonardo had, the curators of the exhibition had to consult with a large number of researchers and experts operating in a variety of fields such as art, theatre, music, medicine, botany and ornithology."
Not to be missed is 'Leonardo's Theatre', the opening section of the exhibition that is set in a Renaissance-like setting and showcases Leonardo's extraordinary theatrical machines. "To be here and to pay tribute to such a universal master is twice as important for this year Italy and Israel will celebrate 70 years of diplomatic relations, which have been characterized by intense cooperation, dialogue and mutual enrichment - a strong bond further confirmed by this event." 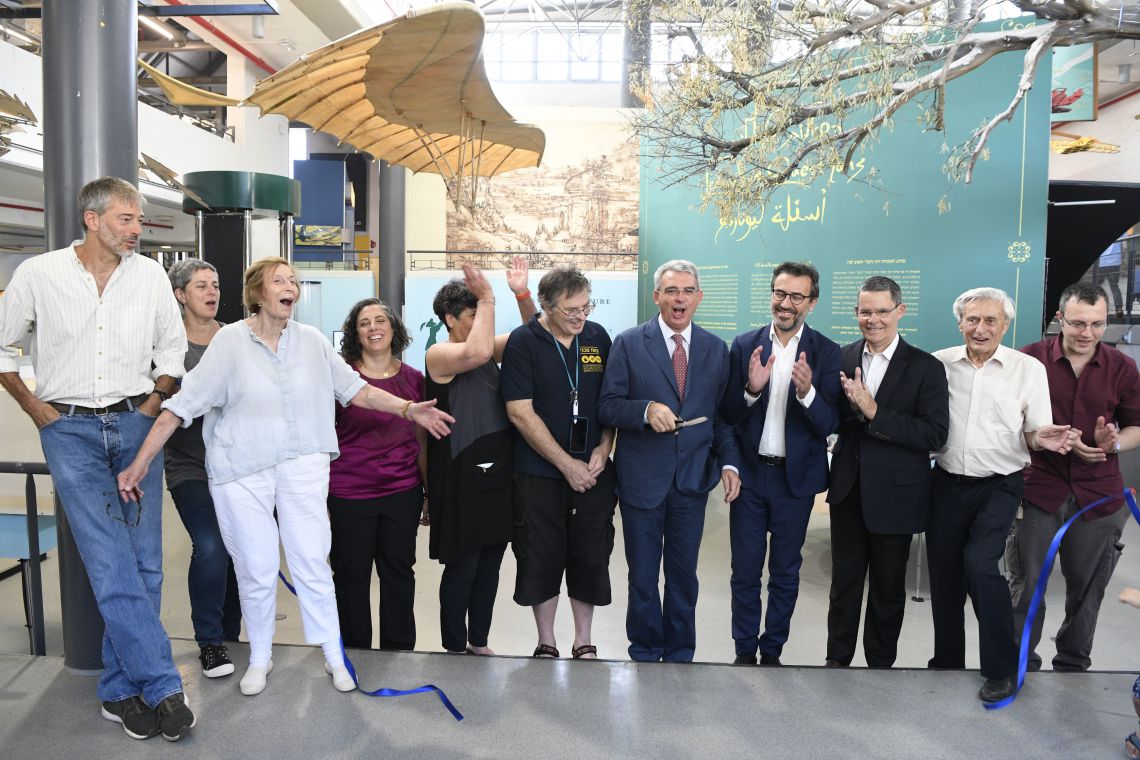 Israele: i 500 anni di Leonardo in mostra a Gerusalemme