Rhodes: on show the watercolours by Italian archaeologist Hermes Balducci

A collection of 55 watercolours on cardboard by archaeologist Hermes Balducci are on show at the Palace of the Grand Master of the Knights of Rhodes organised by the Italian School of Archaeology at Athens (SAIA). The exhibition, co-organised by the Superintendence of Fine Artes of the Dodecanese, is part of the summer playbill of the 'Tempo Forte' programme promoted by the Italian Embassy in Athens. The works on display, kept in the archives of the School of Archaeology, were drawn by Italian archaeologist Hermes Balducci between 1935 and 1937 and portray the magnificent mosaics dating back to the Roman and Byzantine periods found in the archaeological sites on the Island of Kos. The mosaics were laid in the 5th and 6th centuries AD, after Kos was devastated by the earthquakes of 469 and 554 AD, and belonged to five Christian basilicas, a wealthy private residence and a thermal spa. In 1937, twenty-seven mosaics were removed from the ruins in Kos to be reinstalled in the halls of an ancient building in Rhodes that had been entirely rebuilt: the Palace of the Grand Master of the Knights of Rhodes where Cesare Maria de' Vecchi, Count Val Cismon, and Governor of the Italian Aegean Islands (who governed from 1936 to 1940), had decided to take up residence. It is one of the last examples of the use of ancient decoration practices in modern architecture. In the Palace, the mosaics were laid like carpets on top of the new marble floors, together with inlays, collages and pastiches in line with the taste of the commissioner.

The watercolours were restored for the exhibition through the cooperation with the Istituto Superiore per la Conservazione ed il Restauro.

At the opening of the exhibition, local authorities expressed their great appreciation for the initiative and more generally for Italy and for the ‘special’ relationship that binds the two Countries in the area of culture and tourism, also addressing a special thanks to the School of Archaeology. 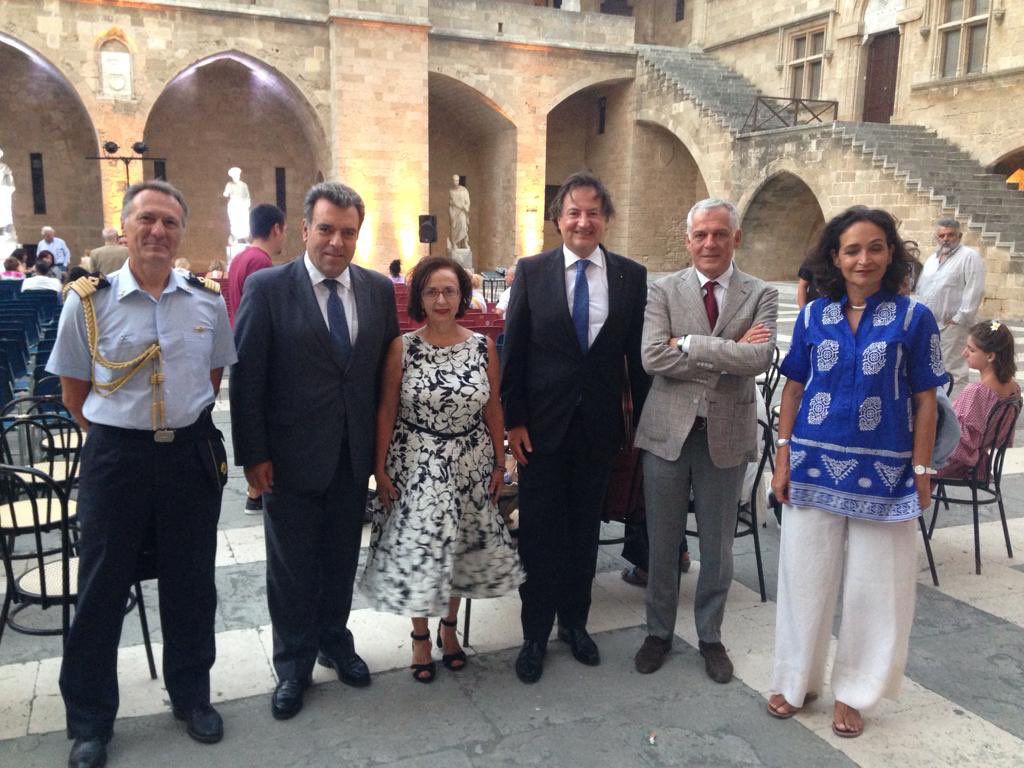 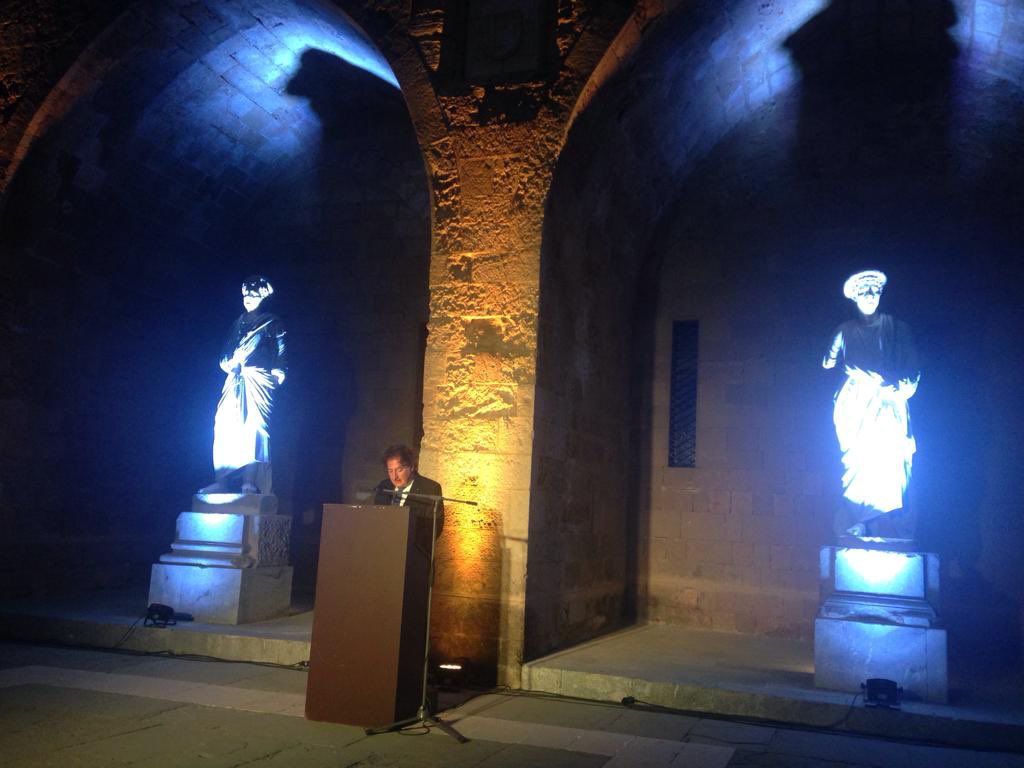 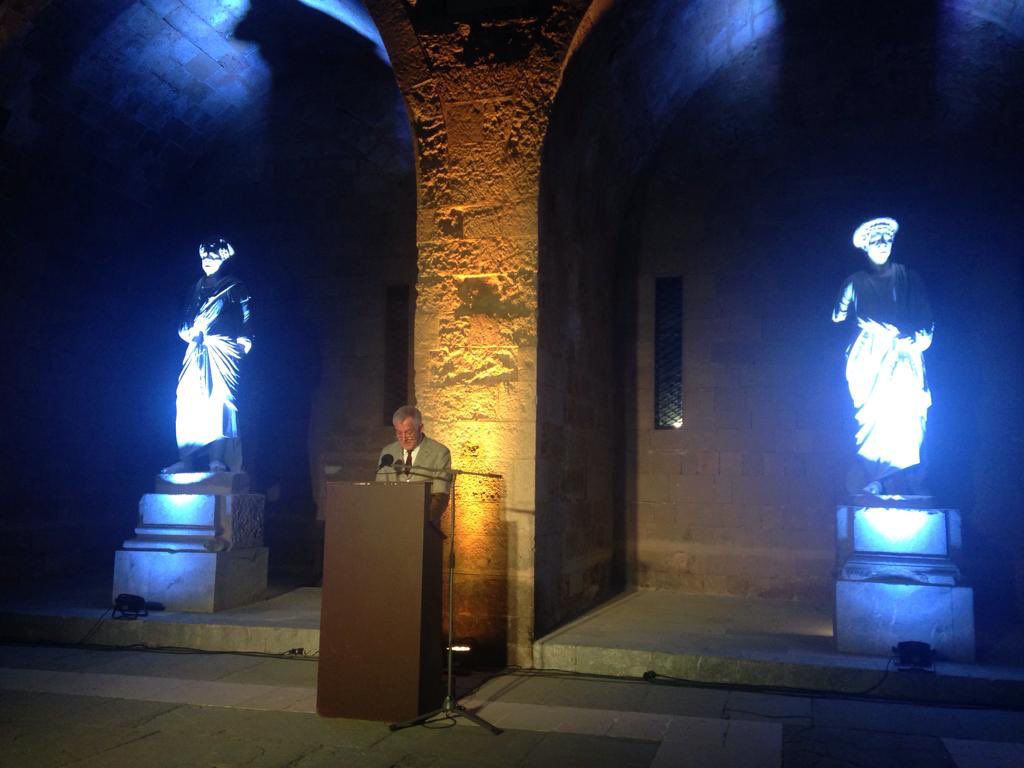 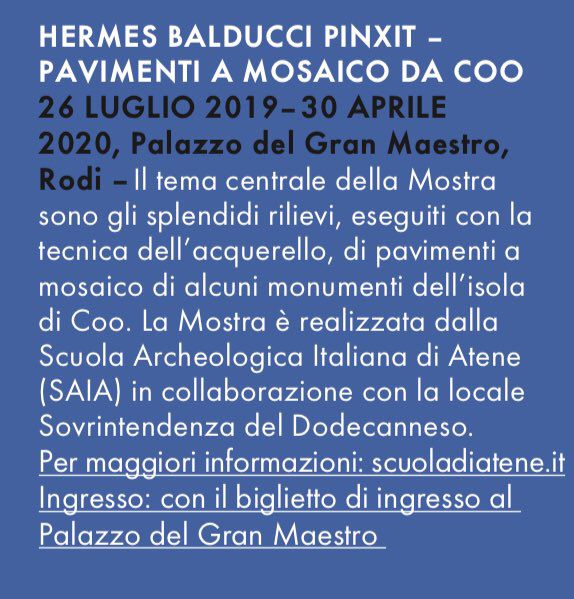