The young athletes of the FISDIR (Italian Federation for athletes with intellectual disability) crowned their first day of competitions at the INAS GLOBAL GAMES in Brisbane with two medals. Their expedition was also greeted from space by astronaut Luca Parmitano, who sent a message defining himself as a “supporter” of FISDIR and Paralympic athletes as a great source of inspiration for everybody.

The Italian community in Australia affectionately welcomed the delegation in an event organised by the Italian Consul in Queensland, Salvatore Napolitano, which was also attended by the Italian Ambassador to Australia, Francesca Tardioli, who thanked the young athletes and their coaches and trainers for their commitment and determination in representing Italy in such an important competition. She said: “You are the best example of sport seen as an instrument to promote the values of inclusion and aggregation and to remove any possible cultural, physical and social barrier.” She added: “There is a large chunk of Italy here in Australia and in Queensland that cheers you and will follow you and stand by you during these next few days.”

Alessandro Diamanti, a former player of the Italian national football team who now plays for Western United F.C. of Melbourne in the “Australian A-League”, sent a video message that was screened at the event, where greetings were also expressed by Queensland-born former cyclist Robbie Mcewen, John Aloisi, a retired footballer of Italian descent who played in the Australian national team, and Francesco Zanoncelli the “sweeper” of Milan AC, Atalanta and Cagliari and now coach of the Brisbane team. The event was also attended by representatives of the COMITES, the Chamber of Commerce and the youth of the New Italian Generation of Queensland, made up of 11 newly arrived Italian youths who wore the jersey of their football team.

The competitions, which offer the possibility of seeing more than 1,000 athletes from around 50 Countries at work, began on 12 October and will run until the 19th. 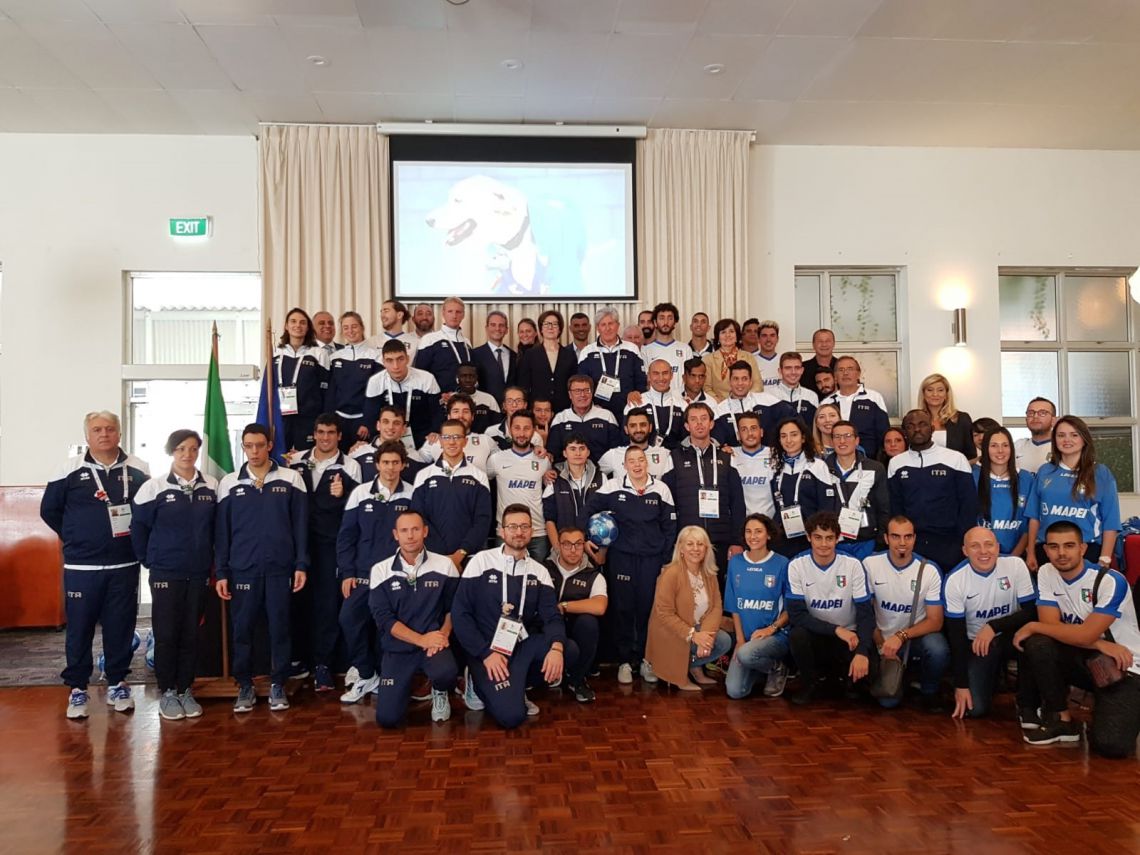