Tokyo: the campaign kicks off to promote Italy through the Manga

Italy in Japan is also promoted through the Manga. It will be Lucius, the main character in Mari Yamazaki’s "Thermae Romae" cartoon strip, to guide the public across the Italian territory, historic cities, culture, food and the music scene, with a special focus on Japanese readers and especially the younger generations.

The Italian Embassy in Tokyo launched an innovative cultural partnership with Japanese publishing giant, the KADOKAWA Group, which produced 8 mini-videos lasting from 15 to 30 seconds in which Lucius, an architect in ancient Rome, reawakens after a thermal bath in modern-day Italy, with a reference to the original Manga in which Lucius reawakens in contemporary Japan. The voice of Lucius is that of Hayami Show, a very popular artist in the Country.

Itaria Ryokouki, literally "Travel Diary through Italy", will be distributed internationally, including in Italy, and the videos will also be available on the Embassy’s Twitter and Facebook accounts.

"Manga and souls – said Ambassador Giorgio Starace – are universal artistic manifestations and forms of entertainment. The Japanese public, especially the younger segment, which perhaps escapes grasping our offer of tourist destinations, will certainly recognise the core message of the initiative: promote the points of excellence of Italian cultural and agri-food industries. Also in 2020, the year of the Tokyo Olympics, we will work in close cooperation with the Foreign Ministry, the MIBACT, ICE and ENIT to assure continuity to this innovative activity aimed at promoting the Italian Way of Life.”

The campaign kicked off with "Piazza Italia", a promotional event of Made in Italy products organised for the Rugby World Cup which is ongoing in Japan, and will continue at the Japan Tourism EXPO, the largest fair dedicated to tourism in the whole of Asia, which opens today in Osaka. 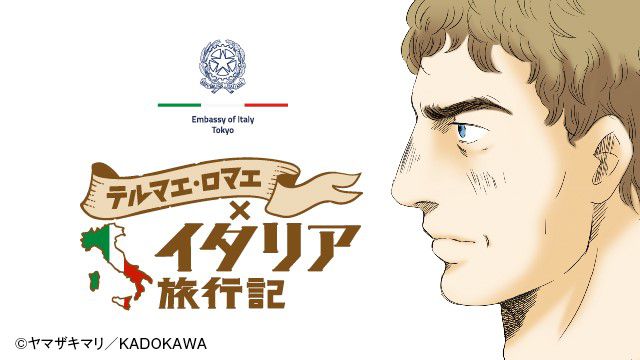