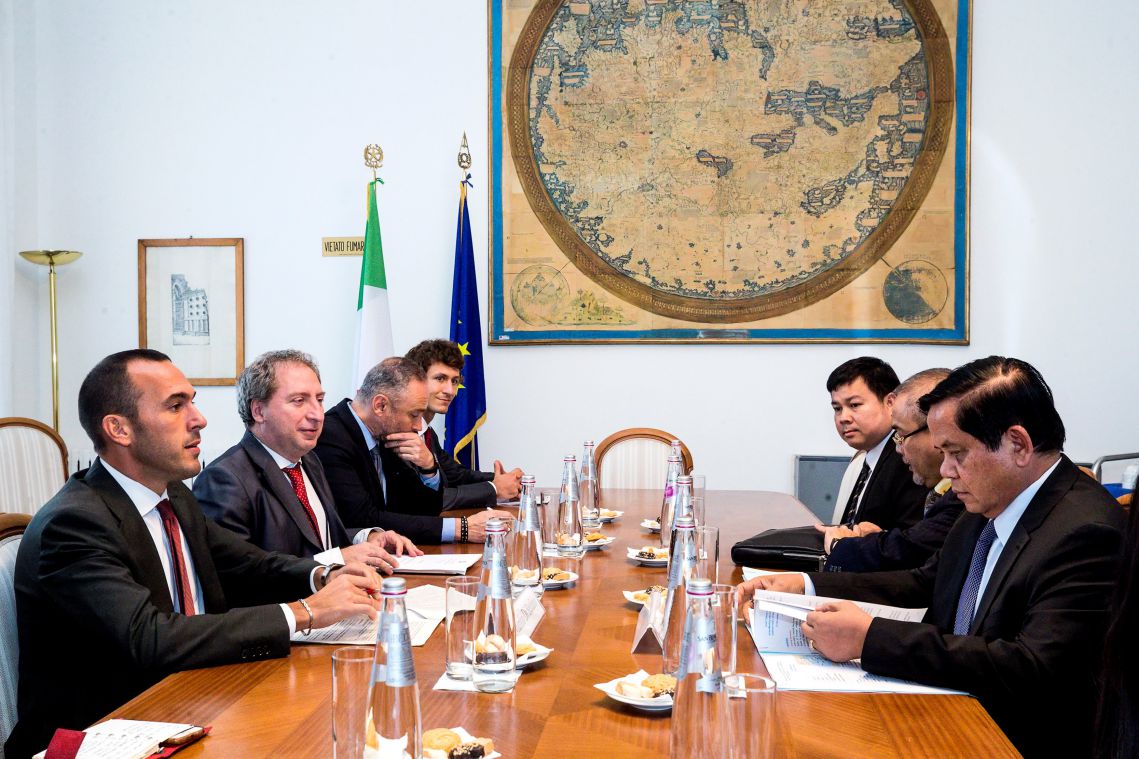 The Undersecretary of State for Foreign Affairs and International Cooperation, Manlio Di Stefano, today received at the Farnesina the Secretary of State for Foreign Affairs and International Cooperation of the Kingdom of Cambodia, Borith Ouch.
The discussions addressed the possible temporary suspension of Cambodia from the European preferential trade regime EBA (Everything But Arms), following the deterioration in the Country’s democratic and social standards. The Undersecretary explained that the outcome of the EBA procedure is not predetermined and therefore urged the Country to take the necessary steps towards a multi-party system, advancing democracy and fully respecting the rule of law.

Moving on to the two Countries’ bilateral economic relations, which have grown steeply in the last few years, the Undersecretary expressed his hope for a further rise, especially in several promising sectors such as tourism, agriculture and construction. Relatively to the issue of Cambodian rice imports in Europe, Di Stefano strongly supported Italy’s decision to protect a sector that is very important for our Country.