​'The true Da Vinci Code' with Odifreddi in Sydney 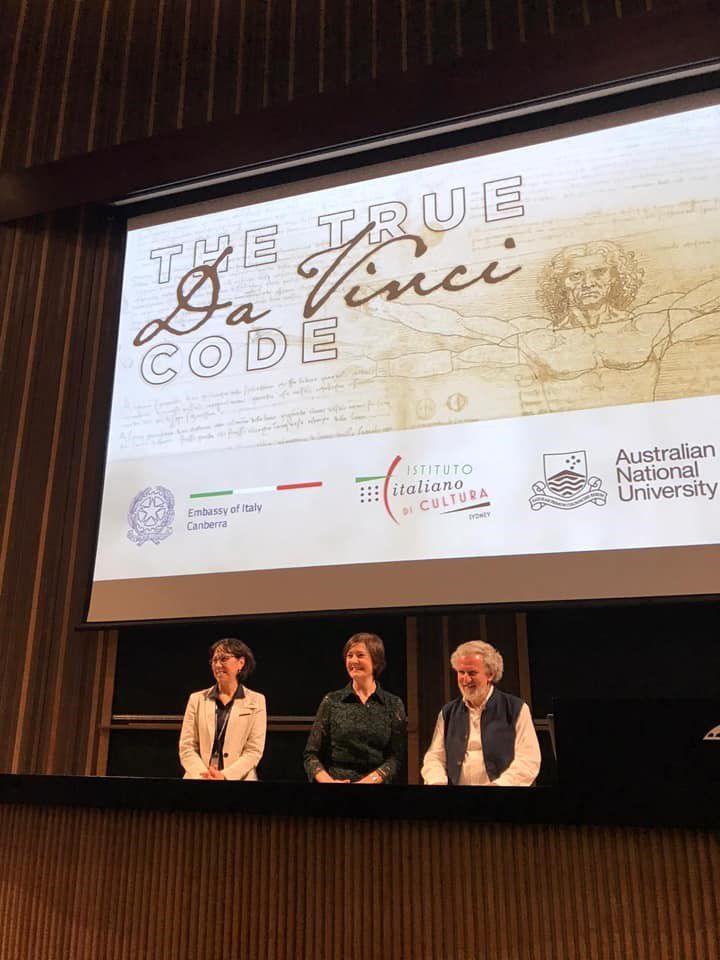 Today Italian mathematician and science writer, Piergiorgio Odifreddi, concluded his lectures promoted  by the Italian Embassy in Canberra, with a talk entitled "The true Da Vinci Code" organized by the Australian National University. The lecture took the audience on a journey into the world of Leonardo the mathematician. The same lecture was also held at the Shine Dome in Canberra attracting a large audience. The event was opened by the Italian Ambassador to Australia, Francesca Tardioli. Thanks to the cooperation with the University's Mathematical Science Institute, a mathematical salon was held ahead of the lecture. The meeting was attended by 15 students of 16 and 18 years of age coming from different schools located in the capital city. Professor Odifreddi spoke of topology, the Turing Machine, the theory of calculation  and other topics regarding IT and the theory of numbers.