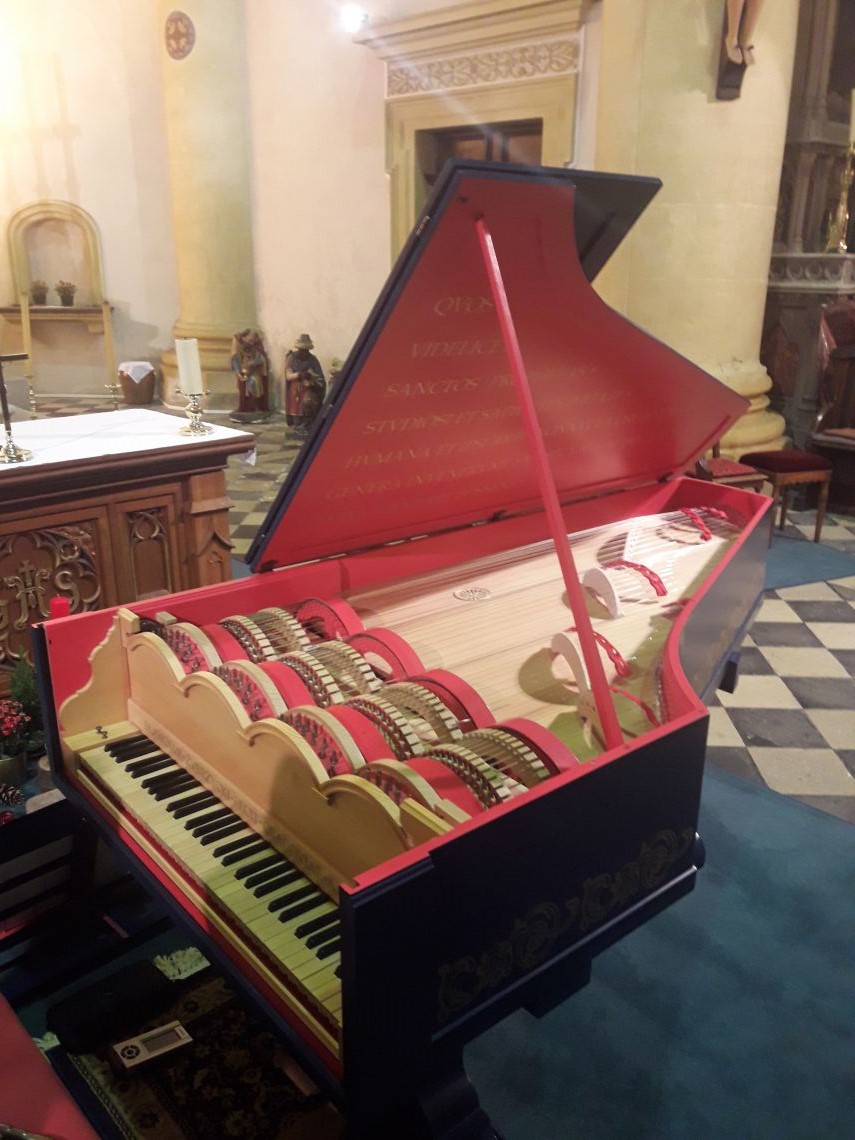 To commemorate the 500th anniversary of Leonardo da Vinci’s death, on 18-19 December the Italian Consulate General in Metz and the local Committee of Società “Dante Alighieri” have organized in Metz (Saint-Clément Church) and Reims (Saint-Remi Basilica) a concerto for “viola organista” performed by M° Sławomir Zubrzycki.

The “viola organista” was designed by Leonardo da Vinci (1452-1519) presumably in the 1470s but he never built one. However, on the basis of his drawings, the instrument has been assembled in very few specimens throughout the centuries and lately by the Polish musician Sławomir Zubrzycki. In Metz and Reims the musician performed a programme ranging from Renaissance to late Baroque music.

The mechanism of the “viola organista” consists in a friction belt operated by a pedal which makes individual strings vibrate thus producing sounds, in a way similar to that of a viol. The strings are selected by pressing keys on a keyboard resembling that of an organ, a harpsichord or a piano.

It seems that the repertoire specifically written for the “viola organista” is limited to one composition by Carl Philip Emmanuel Bach (1714-1787).