Ankara: auction of works of art for Venice

An auction of Turkish and foreign artists was held to contribute to mending the damage suffered by Venice in the extraordinary ‘acqua alta’ phenomenon of last November. The “Supporting Art in the City of Arts” initiative has been organised in Ankara under the patronage of the Italian Embassy. The event will take place at the Bilkent Center on 14 December and will be attended, among others, by the Italian Ambassador in Ankara Massimo Gaiani.  The solidarity campaign launched by the city’s Mayor, Luigi Brugnaro, in favour of the UNESCO World Heritage Site, whose monuments and palaces have been seriously affected by the last dramatic floods, was heeded, promoted and supported by the Ministry of Foreign Affairs and International Cooperation through its diplomatic and consular network. 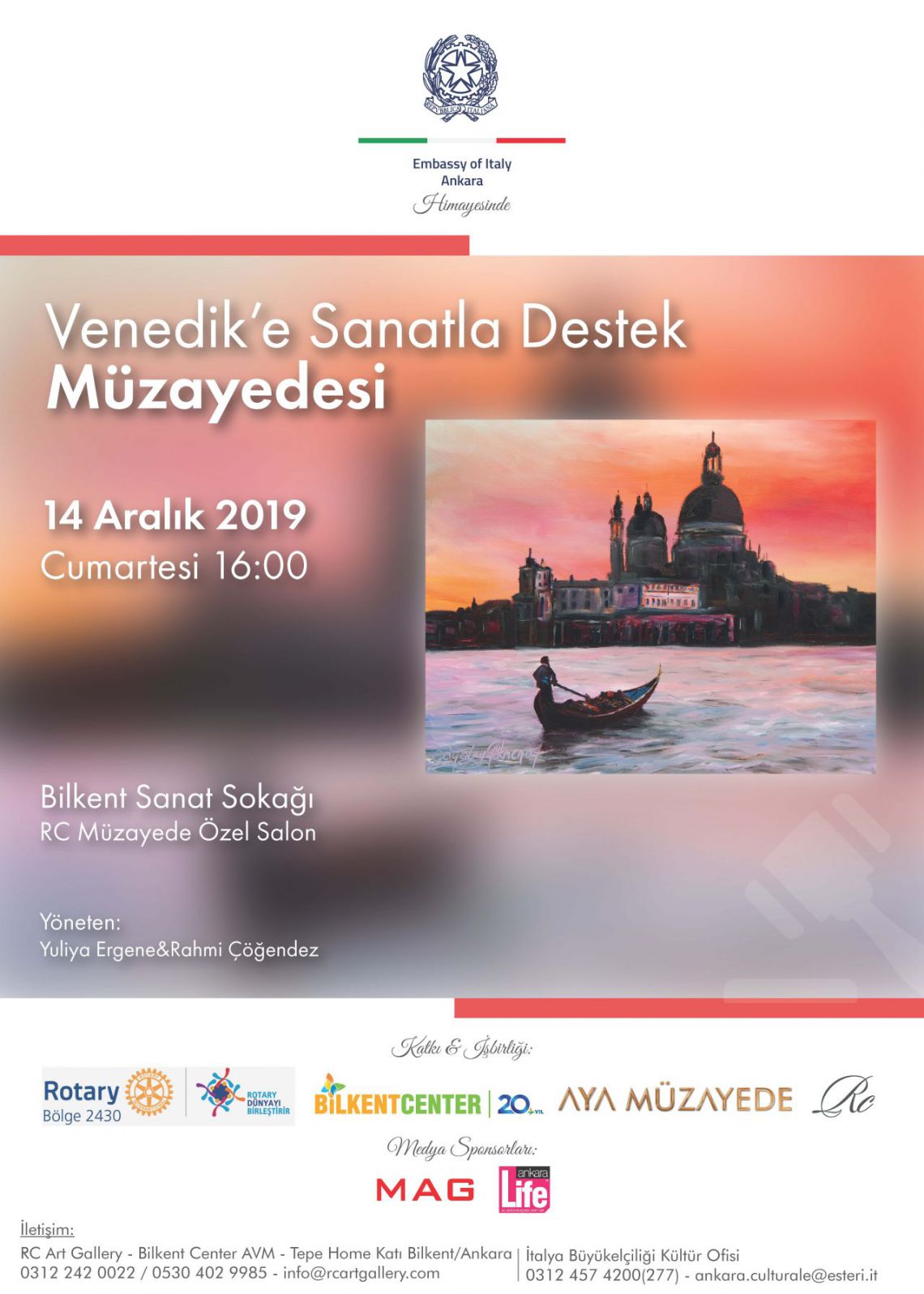